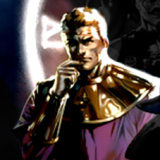 This is one more reason for me to keep thinking "what is the difference, for the average guy in the Marvel U, if someone got his powers from birth or from some of the hundreds of crazy plots we saw all these years?"

Ok, "mutants are another race, one that feels they are superior to us, to hell with them" one could think. But if the mutant don't declare himself to be a mutant, how could the average guy tell the difference between a mutant with the power to control Nature or Thor, or a mutant that can speak all languages from a guy in spandex that calls himself Spiderman?

I think that if you watch it very closely, you may find brazilian's model Nana Gouvea too. She has a (bad) taste for disasters.

Is he really able to run 200 miles an hour, or can he in fact cover 200 miles in an hour by a mix of jumping, webbing or running? Because running 200 miles an hour is too much even for him, he's no Formula 1 car.

There are a huge number of possibilities that could come up from this. Not of them good, not of them bad. We'd have to take care with DC's apparent love for reboots, and DC fans with Marvel love for the event of the year that will change everything (for a limited time only). Also there would be lots of explanations to be made by the companies of how, when and why did it happen, and I mean they would have to do it story-wise, not just releasing a bunch of notes in the press. Ok, they would probably just come up with Earth 616 merging with Earth-whatever-number-they-feel-like. Another point is, Marvel's and DC's villains (I think, since I'm not knowleageable about DC) have a different feel to them. Which could add to the fun and expand the possibilities to a new high, or just feel pretty weird. And yet another question: wich company would call the shots most of the time? (I can hear a "Disney" whispering response)

Alright, alright, my word is: I sure would like to see that! Some rivalties could emerge between both companies teams. Later on some alliances, mixing of characters and then intrigues again. I always wanted to see how would a (more than normal) dark mooded Batman fare in Marvel's Universe. Also the Joker against the Hulk, if you really think about it, a good tale could rise from it.

I've been saying so for a long time now. Maybe not a comic about just one super villain, but a comic about diverse super villains, showing what are they up to, how they make their scapes, and sometimes showing what do they do in their daily lives (when not planning any evil deed). That would be very interesting and could give tips that leave readers thinking what is comming next in another title.

I'll be more than happy to give it a try!

I think that the common people that lives in the comics (how else should I name them?) are way dumber than real common people of our world... I mean, if the stories were real, how long would it take for people to raise the question: "so, is Wayne Batman? hey, that's it! of course!" ?

#8  Edited By Veidt
@The Sadhu:  yes, the first thing I thought when reading this was "are Stark's?"
I recall reading some stories of Iron Man from the 60's (yes, that's going far ^^'). At that time, his employees were in danger because of the reds interest in damaging Starks facilities, and that was danger enough. But when Iron Man showed up in the scene "working for Stark", Stark Inc could become a target for his super-villains too. Yet, I don't remember it's facilities being threatened by any one other than the reds at that time (and maybe even an unhappy employee once).
11 years ago

Thanks guys, I really enjoyed that video!

Reed is to blame, yes. We even got a hint from Valeria about how the safe measures Reed has been using aren't enough, when she said something like "seriously dad? I won't be able to sleep at night" while sneaking through the air ducts.