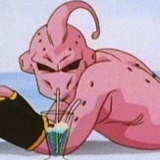 bijuu bombs are not nukes, nukes can reach temps higher than the sun which bijuu bombs dont have, any naruto character getting hit or close within a nuke will get turn into powder instatnly, just because they have wide Range destruction does not mean they are so glorified powerful, dont ever compare it to a nuke because even God tier ninjas cant tank regular magma/fire while a nuke has temps higher than 10mil, as for madaras Susanoo, people give it to much Hype, is just a huge 100meter Giant with a sword bigger than a sky scrapper, oh madara can cut mountains miles away but have you seen his sword? More Volume= more destruction/range, susanoo defense is not as high as people make it seem, it cant even tank Mere Lava so how exactly is it so powerful, these naruto fans be giving susanoo feats it does not posses. zeref is a walking hack, while madara does seem to posses more destructive abilities but since when does destroying shit = more powerful, is just he is better at destroying shit due to his giant susanoo, there is one thing that is a fact, madara does have susanoo for a tank but he himself is not one.

a mountain is just a huge Rock, it does not take much to completely annihilate it, a fire at 6000C will instantly turn a mountain into powder so bijuu bombs destroying a mountain is not anything amazing, but not even remotely close to todays Nuke or even teh first atom bomb.

There is no nuke that could replicate Biju Bomb feats of vaporizing a mountain so no, it isn't more powerful at all. The heat argument is somewhat valid but you are absolutely wrong in saying Naruto characters can't tank heat based attacks. KCM Naruto tanked Roshi's lava for example.

@valarmelkor: he uses the same energy you said he can bust a planet with to amp his strength, do you watch dbz?

Yes I watched DBZ and their physical attacks are never on that level. During the Saiyan Saga their best physical feats were punching each other through small rock structures. Even in the Cell Saga everyone thought Gohan was killed from Cell throwing him through a mountain.

Probably stop at Frieza. Could potentially clear though since I could see any of these characters trying to tank Gudodama except probably Piccolo.

@valarmelkor: I know, thats why i said he stops at Deoxys. Goku is city level at best at that point.

Oh then yeah I agree.

@gaoron: Roshi was able to destroy the moon without much problem. Would you rank Deoxys above DB Roshi?

That has nothing to do with Kid Goku who was never shown to match Roshi's Max Power form in any way though.

Round 2: Raditz could win with blasts but Yusuke would destroy him in a physical fight. Yusuke is also probably fast enough to blitz.