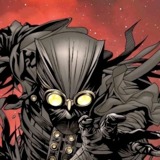 If They Say; Why ? Why? Tell'em That is Human Nature

@killianduclark:First of all there is a huge gap in almost any category.

So we need to understand the big difference between each verse. And then if we look at this fight.

A Healthy Kimimaro is just too much for Kokushibo. Kimimaro is faster, more durable (the only thing Kokushibo has over him is experience and regeneration), and has better range versatility. I Mean he can just drop a little forest of bone spears and calls it a gg.

And abouıt Enmu he is just strong within the train out of it he is not even at the level of lower six moon as they said. And Tayuya can just clobber him with her 3 troll/giant stuff easily. Or she can open CS2 and beat him, by herself.

Akaza VS Jirobo is the only part that there is a chance for Kimetsu no Yaiba team. But even Akaza cant match up with Jirobo once Jirobo unleashes his cursed seal at 2nd form. That man 1 hand lifted a huge building size Choji with ease. Akaza cant hurt him after CS2 gets online.

Gyutaro is the weakest upper moon. Closer to the lower moon dudes actually. And Daki is just hard to kill nothing other than special about it. Sakon and Ukon just clobber'em with better physical attributes or force'em to mutual suicide.

Hantengu is complicated cuz of many personalities and number advantages. And he has some level of hax. But thx to Sharingan Sasuke can reveal the truth and thx to CS he can blitz and Chidori him.

Well as an Elite Jonin everything about Kabuto is too much for Gyokko. No need to further explain.

Muzan vs Orochimaru? I Mean Orochimaru can solo that verse with ease. Just too much difference.

He is anti-magic not anti-chakra. Thx to his sheer physical asttiributes and speed he might deal with kakashi, old hiruzen and maaaybe Tsunade. Others out of the conversation.

Jiraiya with low to mid diff in R1

Jiraiya with mid to high diff in R2

Poor Neji. Itachi got this with a stompy fashion.

Easily goes to ATLA thx to Bumi and Toph

Portrayals, Statements, Accolades and Feats wise, this is what its looks like to me.

I'm a big Jiraiya fan but even I can say that MS Madara might take him down easier than we aspect. Lol :D

Madara aint need to know Jiraiya he is a sensor type of ninja. And Valley of The End is a huge open space. Jiraiya cant get close enough to launch Gama Rinsho before Madara notice him. And Once Madara notice that. Jiraiya will be Frog Meat.