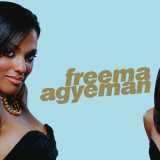 Star Trek or J.J. Abrams gets it right

Let me preface this review by saying I am not a Trekkie; while I grew up on repeats of ST:TOS and watching ST:TNG, I was never deeply invested in the franchise. I loved ST:DS9 the best because of how much more realistic the character interactions were IMO and all the political and religious intrigue that was such a strong undercurrent in the show, as I've said on many occasions it doesn't surprise me a whit that several of the writers of DS9 went on to Battlestar Galactica and Farscape, the seeds for those two shows were there on DS9.
All that being said my thoughts on Star Trek? It's insanely fun, I laughed throughout the movie, Abrams' and his creative team have done a wonderful job of balancing strong, intense scenes with laugh out loud moments and well placed asides to break the tension. Of particular note? Spock's 'Get out of the chair'; Scotty's reaction to the goings ons and every scene with Karl Urban's awesome Leonard 'Bones' McCoy; the scenes wherein Kirk, McCoy and Uhura figure out what exactly is going on are hilarious which make the sucker punch of realization even more chilling.
It extremely well acted, April Webster and Alyssa Weisberg deserve at minimum a raise and at most an award for casting George and James Kirk alone. The cast fully inhabit their roles and so much is expressed with a subtle shift in body language, an eyebrow raise (and no, not by whom you expect, though Zachary Quinto's Spock is perfection) or a smile. Due to the cast's ability we immediately realize a few things before they're ever stated and even when we get confirmation it's not in the way you expect and in one case it's hilariously dealt with between Kirk and Spock. And in the pleasant surprise department look for Abrams' company players Greg Grunberg and Rachel Nichols in unusual places as well as Tyler Perry in a performance that I personally thought he was incapable of giving: subtle, commanding and intriguing enough that I'd actually like to see his character in future installments.
Which brings me to the direction, Abrams does something that hasn't been seen in the Trek franchise in at least a decade, he shows and doesn't tell. Everything and everyone, up to and including the inclusion of original recipe Spock, flows organically. We get information as the characters do and each reveal not only makes sense within the context of the Trek franchise but also as a jumping point to a whole new Trek. This is something Abrams has mastered before with Felicity, Alias and Lost and most recently on Fringe: the ability to make even the most insane twist seem completely natural and totally believable, to take characters in new and exciting directions without losing the character's core personality and motivations and it is something sorely lacking in most film/television outings both large and small.
For the faithful Trekkies there are a bunch of subtle, lovely nods to ST:TOS; ST:TNG; DS9; Voyager and Enterprise throughout and yet if you have no clue about any of those it's okay, which frankly? Is the point. Before this movie I had no reason to want to watch anything Trek based as each installment in the franchise was progressively worse then the last as if being pumped out by a faulty copier machine that had a crappy original to work from. This movie resets everything you know from the first scene and does not suffer fools or fanatics lightly, in the process injecting some much need life into a story that everyone on earth knows, and left this reviewer eager for the next installment.
The gang's all here, present and accounted for, in new and interesting ways and I am more then ready to see where they'll boldly go.
Start the Conversation

Watchmen
The Look: Amazing, just utterly stunning, visually gripping without being overloaded, the use of color and detail is astounding. Lots of large and small things used to make you very aware of the time periods covered as if looking at them through a funhouse mirror.

The Acting: Firstly, I call foul on everyone who's attacking Malin Ackermen, she did a great job, especially with her big 'moment' that each character had, I truly felt her horror, which means she made me care enough previously to give a damn, she also made Laurie much less self-absorbed and oblivious then in the book; however, I have to say the movie belongs to Jeffrey Dean Morgan and Jackie Earle Haley, who made the Comedian a human being and Rorschach heartbreaking respectively. And both of them are effing terrifying, yikes.

Carlo Gugino was fantastic, as usual, as Sally Jupiter/Silk Spectre I and gorgeous even under all the latex. Patrick Wilson is the heart of the movie as Nite Owl II, so loving of his fellow Watchmen that it is brutal watching the last of his innocence ripped away, Billy Crudup was sad and lonely as Dr. Manhattan, which is as he should be and Matthew Goode, whom I've never ecountered before, was perfectly, frighteningly logical as Ozymandias/Adrian Viedt, he made Ozzy the bastard child of Lex Luthor and Spock, which is right on.

The Soundtrack: I have never seen or heard such a badass use of music in a movie before, very unexpected and yet oddly right tunes for the scenes.

In conclusion, I enjoyed, going to see it again this weekend, I'd highly recommend it.

Night, unfortunately all the badness likes to come out in the cover of darkness.