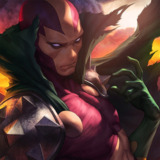 All it takes is fear, and a little focused violence!

Respect Takion, The Embodiment of the Source!

Joshua Sanders, a blind psychologist, was one day stripped of his mortal form by Highfather Izaya of New Genesis and transformed into an embodiment of the Source (the energy source that created the universe and gave its inhabitants powers). As an avatar of the Source Takion has the ability to interact with and manipulate all the energy in the universe that originates from the source.

For a brief period of time Takion led the people of New Genesis serving Highfather's role (who was presumed to be dead), guarding it from the forces of Apokalips. Takion also appeared in Death of The New Gods where he was killed off by Infinity Man, but that story has since then been retconned to not be canon. He currently resides on Earth-51 alongside the people of New Genesis, as seen in the The Multiversity: Guidebook.

The power of the Source grants Takion with superhuman strength and power, capable of handling several herald tier characters.

When Takion first received his powers he was instinctually informed of the things going on throughout the universe, this would later be turned off, but the Source would continue giving him knowledge from time to time when requested.

The Source is connected to all the energies in the universe, and Takion can manipulate these energies due to his direct link to the Source, over time Takion would eventually learn to harness these energies without being overwhelmed.

The Source grants the power of flight, being able to traverse very long distances in a short amount of time.

Using the powers of the Source Takion can manipulate the flow of time, as well travel through different points of the timeline.

Takion is a very unique character, being the embodiment of the Source his powers are virtually limitless, limited only by the condition the Source is in and his own inexperience, unfortunately he didn't have too many appearances but the ones he did were very impressive, he was shown to be alive in The Multiversity: Guidebook residing on Earth-51 back in 2015 but hasn't made any significant appearance since.