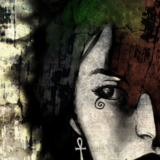 Right, because Comicvine is SOO much better.

@willpayton: Very interesting videos. Thanks for the great find!

It's a bit interesting though.

I was raised Christian, although the only reason why I was a Christian was simply because that's how I was raised. Nothing more and nothing less. I didn't really have any other reason beyond that. Then as I got older I became exposed to criticisms and then eventually became skeptical of Christianity, gradually transitioning from agnosticism into atheism (albeit reluctantly) as I looked into atheist arguments and rationale. For a while I was an atheist, until I started questioning my views on atheism and put it under the scrutiny of criticism and then did my proper research into theology/philosophy and other Christian matters (science, too, but that's different) and after a careful analytical and intuitive journey, I came back to Christianity as the logical conclusion.

To be honest,though, I've never been one to have favorites. Like kuonphobos, I just follow my nose. I guess the point is that, anyone can and must question their views at some time or another, no matter their belief or lack thereof.

...Why are you telling me this, Twix?

Honestly, I don't know. I guess it's probably just the weird "journey" type of process that we all go through in life, whether one is deist, christian, muslim, sikh, buddhist, hindu, atheist, agnostic, etc etc.

@twix_right_side: So I'm supposed to hang with someone who hates me? Someone who may disrespect my family or eventually try and cause me physical pain.

Dude would have been coughing up blood had he said some ish about my family or some ish.

All of this seems vastly different from what was in the OP, and even contradictory. From what I understand, this was his friend, right? I'm not sure how his friend will hate him....and still be his friend......and to be honest, I don't know what history they share (I'll assume that you don't either?)

@twix_right_side: If it were hostile in the first place lol. Don't be angry :P

Oh yeah, silly me. That's usually something that a person says that has a respectful, or at the least, neutral connotation. Silly me!

@sneakerhead23: I think you misunderstand me...let me put it this way, your assumptions are unreasonable and simply ridiculous, let alone false.

And by the way, putting a smiley face at the end of a comment doesn't make it any less hostile or juvenile.

@twix_right_side: I bet you're racist yourself. Why would he stay friends with someone he believes is being racist, not only towards Will,but towards him too? Ignorance is bliss.

Even if he is racist, so what?

And I'm not sure why a person would cease to be friends with someone just because they have a certain.....viewpoint. Hell, one of my friends is sexist and the other hates religious people......

This isn't directed to the OP, just a trend I've noticed in general.

Christianity and all other religions are just wishful thinking incarnate.

No, God doesn't exist because evil itself exists and thus it's impossible for a good God to exist. The only reason Christians believe is because they are still children that believe in imaginary friends and start wars while atheists are the true, enlightened peaceful ones.

No rational human being can believe in God because science, which deals with the natural, cannot prove that a supernatural being exists.