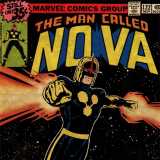 -What was up with that Gamora nonsense! Rider should be thinking about his family! Not his ex-ex-girlfriend!

-At least Bendis knows that Riders powers don't come from his helmet.

-Why can't you die in the Cancerverse? That was the whole point of TI and you saw Death herself kill Mar-Vell and the Revengers.

-Why are Quill and Drax worried about Rider dying, when they just came back from dying?

-Rocket Raccoon is an uncaring Dick!

-I much prefer Schiti to McGinnis!

-The biggest question was left unanswered? Why is Peter Quill blonde!?

-For all the terrible mischaracterization Bendis did in this arc, I appreciate that he understood that Rider will never sacrifice anyone for the greater good except for himself, he will always be the first to jump on the grenade.

I think what Mat was trying to convey in the article was the fact that we are lacking in the diversity department in comics. I can 100% jump on the train that that needs to change and I think a majority of us can agree on that. However, the point in which the road forks in where you get into the territory on exactly HOW you go about doing that. Do you create a new character, like Kamala? Or do you re-invent an old character, like Wally? With the former, you run the risk that the character won't catch on and will be a comic book bomb (i.e. Simon Baz). With the latter, you also run the risk of alienating existing fans of an established character (i.e. Any character changes in the New 52). It's a treacherous line to walk, as the pendulum could swing either way. Another tricky part of this would be the fact that not everyone identifies with race, sexual orentation or religion. I sometimes identify with those of the same religion, but I know that not everyone else does. Same way for those who identify with ethnicity, some do and some don't. You can't force someone to care about something they couldn't give a gosh darn about ("it would have been something different for Comic Vine After Dark ;D").

Okay, now it's time for my personal opinion on the subject… so batten down the hatches. I'm personally on the create a new character side, however, I can see where there are those who wouldn't mind a change like Wally. As long as the ethnicity doesn't define that character, I'm okay with that. But I jumped ship once they changed one of my favorite characters; Helena Bertinelli. She was the daughter of full-blood Italian Mobsters (long lost granddaughter of Vito Corleone, perhaps?), and I found that truly fascinating that we got an inside look at the mafia from a heroes perspective. But what's this!? In the new 52, she's no longer Italian, nor is she formally in the mafia, nay, she is a spy and she's African-American. Talk about an arrow to my heart. I tried not to get upset, because it's just a comic book, but someone I had become attached to, suddenly took a 180 degree angle and was redefined. That hurt. To me, her nationality defined her. Just like the nationality of Thor or Black Panther shouldn't change, this was on those grounds for me. And I swear, if they say she was adopted by the mafia, it will signal to me, it was change for change sake. And I don't want that. I want an organic change, and that's why creating someone like Miles Morales, was the best thing to happen to Marvel's Ultimate Universe. You look back on that and you can't deny the "amazing"-ness of his character and what he did to the Ultimate Spider-Man Universe. In conclusion, this is my opinion, I know others don't share it but that's okay. But with all this change that has been happening at the Big Two, you have to ask the question. Does race matter? Does sex matter? What defines a person? These are questions that won't warrant a single answer. Because, no matter how hard we try, we are not the same. Everyone is different, we will all have our, sometimes overreacting, opinions. But hey, that's what makes us human. So let's try to lay this puppy to rest and call it a day. Because this could go on aaaaaalllllllllllll day, trust me… me and my friend tried -_- it was a fruitless and pointless endeavor, still slightly fun, not going to lie, civil conflict can be good… but hey, that's another short essay for another day.

P.S. I agree with @inferiorego, we need more Martians in comics!! I mean, what we have like two?! Talk about a minority ;)

@v_scarlotte_rose: Sorry! I was just trying to make a point, I wasn't calling you out as a racist or something. I''m very, very sorry if you thought that. My bad sorry. My Ginger Brethren! :-)

@v_scarlotte_rose: So to you people from Jewish decent aren't a minatory? Do you not consider Native Americans a Minority or do you just call them Mexicans who were born in America. I got bullied in school for a lot of reasons but on them was because, I am ginger(not just a red head, I have pale skin, freckles, red hair and an Irish, Scottish, Viking ancestry) but according to you I shouldn't have any racial pride because I'm not a minority? Diversity mean a lot of things it's not just about your skin color, it's about your culture, your heritage, your religion, what country you come from, your accent, and many more things.

So according to Mat. Gingers aren't a race of people because last I checked they where one of the smallest minority's on the planet and Wally West was on of the 5 guy gingers in all of comics.

2.Ginger(The most visually iconic thing about Wally in the visual medium of comics)

3.Founding member of the Teen Titans

4.The biggest Flash Fan in the world

5.Angry, Smart Ass, Street Thug, of Average or Lesser intelligence, with bad upbringing and a disrespect for authority

6.Related to Iris West((Is this really the most core aspect about the

So now Wally doesn't even have a good relationship with Iris and has the dead parent trope attached to him now! It's like there intentionally making the Bizzaro version of Wally.

1.Original Kid Flash X
2.Ginger X
3.Founding member of the Teen Titans X
4.The biggest Flash Fan in the world X
5.Happy, Funny, Down to Earth, Average Intelligence, Everyman X
6.Related to Iris West V(Is this really the most core aspect about the character that defines him and makes him a great character that you can't change???)
7.Alive X

I don't see no Wally West, but yeah whoever that guy is his costume looks like he's wearing Cyborgs hand me downs.

@g_man:More then two years into the New 52 Tim John Blake still sucks and just from Tim Drake's original origin, he is much better well realized character then this imposter! The same can be said about a lot of the other characters like him that are only that character in name only. When Superman Unchained is finished I will no longer be pulling any DC titles. What good are these stories if characters have no identity and they can change drastically on an editorial whim? Miles Morales is how you accomplish diversity, not randomly turning Peter Parker into another race.

Okay, so it's confirmed, here is my rant:

It's not sincere. Do you really think they have genuinely good feelings for this change? No. As a fan of Flash and more specifically, Wally West, I know how this works. The current management hates Wally West. Plain and simple. Since Didio came onto boards they did their best to take Wally away. First Bart Allen as Flash fiasco. Then the return of Wally West with horrifically editorial mandated run. Theeeen the Rebirth and you know the rest of history.
a) Wally would get his own book: Didn't happen.
b) Wally would play a huge part in Barry's new run: Didn't happen
c) Most of Wally's part in Rebirth was either changed or cut
d) Wally would kick a** in Flashpoint and play a huge part: He died in a pathetic way instead.
e) Young Justice S2 Finale.
f) Complete erasure of Wally West in nu52.
g) Barry taking on ALL OF Wally's accomplishments, personality, suit and to a degree his side cast. Barry being the generator of SF retcon.
h) Just...disappearing.

All of these, no matter which excuse you put, can't be done to a character that's favored by uppers. We all know that current management are no fans of Perez/Wolfman and Waid eras of DC.

Now let's look at which excuses were given to us for why Wally was erased:

a) He had a family with kids.
b) Barry Allen needed spotlight and introduction of Wally West would cut away from Barry's life span. Booch & Manapul said it several times that: Fans would start counting down for the demise of Barry, we can't let that happen.

(All of these have sources btw, I can link.)

So what DC had as choice? Wally West has a VAST fanbase (arguably even bigger than Barry's but "arguably") and fans were constantly asking for Wally's return. There is a new show coming up so book has to shine and take in the fans that were taken away by the lack of Wally.

What to do? Make sure Wally never becomes "important" again. Make sure fans wouldn't "count down" for him taking over mantle while keeping them happy. Also taking away excuses "hey but we introduced Wally!".

This is a great way to do this. So clever like, I can't believe it. So great. If fans raise their tone they would be shut down by the cries of "racissssmmm!!". This also gives a great opportunity to test on everything new on him. Since he doesn't even look like himself (aka a random character with his name) they can do whatever they want with him! He is no longer binded by nostalgia!
And when takes over from Didio, they can't reboot Wally to his ginger self again. That'd be racist! And since this version won't be as popular as the old Wally, he can never become Flash! And even if he becomes Flash, he can't run the show for 25 years like he did before! Because someone will come and say "hey he doesn't LOOK ICONIC enough" Great! No more Wally vs. Barry debates! It's done, Wally no longer exists! Barry wins! Forever and ever!

So you tell me that I should appreciate DC's love for diversity? The DC that whitewashed and wrote out Connor Hawke? The DC put Static Shock and Blue Beetle in to limbo? White washing Kyle Rayners father? HMM? They don't give a single frack about this. All of this is for stupid publicity, especially for TV show.

Should I start on "ghetto boy that needs the direction of *owowo* white knight. Hmm there was a TVTropes link about this, heh here: White Man's Burden: http://tvtropes.org/pmwiki/pmwiki.ph...hiteMansBurden
The fastest Man Alive looking Aryan and the second one being black? I can go on how offensive this is but my post is getting too long. The real risk is, you know, making BARRY black. THAT'S some representation HUH. Not the one DC constantly shohoerned and didn't care about.

All in all, this isn't sincere, this is offensive and I don't feel represented. If they wanted to do this, they should have brought in a new character.