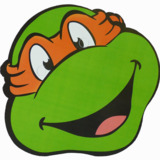 @sozoz: Is there a new season? He never did any of that in seasons 1-2.

Or are you talking about the games? This thread is only Netflix Alucard.

@sozoz: What is the hax you’re referring to? I’m not disagreeing, just curious, since hax means a lot on CV to different people.

@limitless82: My first thoughts go to Shenron, but I’m sure something exceeds that, that I’m unaware of or can’t recall.

For Western, I kind of remember Tiamat being in one of the old D&D animated movies. I’m not sure if the lore from those is one and the same with the game’s lore, but she’d be very powerful if so.

Ohh. That nostalgia feels good, but like everyone else has said, Goblin takes this without too much difficulty. He’d have to work for it somewhat, but I would picture him taking 7-8/10.

@limitless82: As far as live action goes, I don’t really know. I can’t recall much.

I feel like Paul would probably predict a bamf and capitalize on it.

Anyone of them would drive him insane if he mentally tried to come in contact with them. Even just knowing the smallest fraction of a single outer god’s existence drives people insane. Even learning about their minions and cults can drive people insane. Mentally reaching out to all of the inconceivable outer gods, would leave him completely mad.

Both in their prime. ViVi isn’t a timid kid afraid of casting spells to protect himself like he is in the first half of the game.

Win by any means. No one cares about Horcruxes that are brought up in every HP thread, even though they rarely matter as far as the battle forums go. If his body is destroyed, he is KO’d, incapacitated, etc., he loses.

This thread is dumb, but the turtles still win. Mufasa, even scaled to a giant, would still not be as tough of an enemy as the turtles normally face. Bebop, Rocksteady, and Slash, are all casual city block sized building busters. They have all taken city block sized building busting attacks without even a slight amount of damage given to them, and they all have delivered city block sized building busting attacks without exerting any effort. Even if Mufasa is a giant, he’s still a lot weaker then them, and slower then Slash. They’ve even beaten Manmoth, who is a demigod of hunting, who cleaves boulders in half with clean slices From his axe, and is a giant compared to them. They’ve beaten Eyemo, who throws building sized space whales across football field length distances through the air.

Even taking scaling into account, Mufasa is still much weaker then the powerhouse enemies the turtles have, but he is limited to only doing what lions are capable of, unlike the enemies the turtles normally face. And the turtles are bloodlusted, so they have a much easier fight, since their morals don’t hold them back, and they can just kill Mufasa. I’d wager Leo solos. When they faced Slash, and Leo finally decided to use lethal force, he wins the fight instantly, and Slash is a lot tougher then a giant Mufasa. They win this battle, but this is a good attempt at trolling.