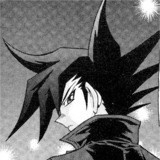 What are you basing this off of?

The intelligence ranking is almost the complete reverse of the strength ranking.

I would rate Luffy above Zoro to be honest. I don't remember Zoro having any showings of intelligence or strategy at all. Whilst Luffy has had moments at the beginning of the series such as faking an argument with Koby in order to get him accepted into the marines, using his devil fruit creatively in general with gears. Using his devil fruit effectively to have vertical mobility in order to dodge attacks that would be otherwise unavoidable such as Buggy's knife midair in Orange Town, Don Krieg's explosive spear when he didn't have a big platform to move in, outsmarting Enel's Observation Haki etc. Outsmarted Buggy and redirected his cannon.

That is a concise way to put it. Thumbs up.

Zodiacs win on the backs of Ging and Botobai

Yeah pretty much, only people who can disagree are Feat purists.

I have posted this scaling chain and logic on a comic vine discord server and people were decently in agreement with it for the most part.

It is commonly known and discussed in Bleach that Gin's bankai is mach 500, using Buto Renjin that gets amped by 2 times which puts it at mach 1000. This number is confirmed in the databooks and by Gin, now people sometimes say Gin lied about his bankai, but only to Aizen and not Ichigo. All other interpretations are incorrect headcanon due to confirmation from the databooks. You can easily search the japanese version up on google images of Gin's bankai page, then use some japanese OCR to get the raw japanese text, then plug that into google translate.

1-2) Ichigo in base form dons his mask in reaction to the Buto Renjin. This is base Bankai, not even Hollow mask.

Now this will be the most shaky and controversial statement in this post: But the statement is that FKT Ichigo is weaker than his previous arcs overall

The reasoning is due to his mental state and stuff

If this logic is correct, (which is something that I want to ask the vine here) then that means that iwe can scale Ulquiorra R1 to Mach 1000. In fact we can scale him to Mach 10000 since the mach 1000 feat was done by Base Ichigo, and R1 blitzed Hollow Ichigo which should be a x10 multiplier.

The impressive thing about this feat was that it was easily done at 100 meters away or more. Ichigo himself states that he couldn't react, and he only blocked through instinct.

Base Ichigo should be able to react to Mach 1000 from inches away from his face due to the portrayal shown in the scan above. Hollow Ichigo would be able to do the same with Mach 10000. Now, R1 ulquiorra blitzed Ichigo from 100 meters away or more meaning that he would have to be much faster than mach 10000. In fact, he would have to be proportionately faster than Mach 10000 in relation to the difference in the distance between Ulq and Ichigo in that scan and the distance between Gin's Bankai and Ichigo in the previous scan.

An analogy would be that a soft ball pitch from 5 meters away is gonna be twice as easy to react to than one from 10 meters away due to the latter scenario being twice the distance.

if we choose to assume Ichigo started reacting and putting his mask on when Gin's bankai was 1 meter away. This would mean that R1 Ulq is about mach 1 million, putting him at 1.14c .

After discussing with people on the discord, I see that this number is higher than most conclusions that have been reached on this site. The thing with bleach though is that it has no concrete feats like "I dodged this bullet" or "I dodged this light beam which is speed of light", so it is understandable that the "meta" would fluctuate for a bit of time before it could settle on a concrete level. lack of concrete feats also means lack of concrete anti feats btw.

Now this is important, since R2 Ulquiorra would be stronger than R1. For the sake of lowballing I will assume R2 Ulquiorra is also 1.14c. This is blatantly a wrong assumption, but it is one I will use.

Vasto Lorde was able to blitz Ulquiorra here. He also did it from like a couple of meters away. Putting him at several times faster than Ulquiorra R2, who should be at least 1.14c . Keep in mind the distance.

Now from here, I am too lazy to do the rest of the scale chain, I just hope more knowledgable people can scale War Arc characters to this in some way.

Well you can scale by in story things such as, his vizard power is him utilising his hollow power and after going H2 form against Ulq his vizard mask changed to his scar mask to indicate the change in power that he is drawing in, Aizen cut down Tia saying that he was disapointed that the Espada turned out so weak and deemed them useless for the battle, he then immediately after that statement calls out Kaname and Gin to fight on the frontlines, which directly implies that they are more powerful.

After Buto Renjin is fired on Ichigo he is able to raise his arm up and then pull it down to form his Hollow Mask meaning that Bankai Ichigo can atleast react to it and that Vizard Ichigo can actually move away from its trajectory and dodge it. meanwhile when he was looking directly at Aizen, Aizen was able to move a large distance towards Ichigo put his hand on his chest and move back without Ichigo seeing a thing, meaning that standard Shinigami Aizen had a faster movement speed then Buto Renjin.

Was FKT Hollow Ichigo overall weaker or equal to when he fought Ulquiorra?