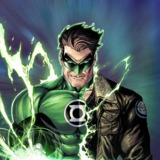 Respect for Lord Hoth, Jedi Master and General of the Army of Light

Lord Hoth was a Jedi Master of the Old Republic and leader of the Army of Light, a large collection of Jedi who followed him in their way against Lord Skere Kaan and his Brotherhood of Darkness. Aided by his friend Pernicar and fellow Jedi Lord Valenthyne Farfalla, Hoth prosecuted the campaign against Kaan, facing challenges of low supplies, dwindling morale, and harsh conditions. Hoth's temper was as legendary as his battle prowess, and, after the death of Pernicar, a feud between Hoth and Farfalla almost delivered victory to Kaan. Despite their animosity, the pair reconciled, allowing Hoth to face his foe in a final confrontation. Knowing that the desperate Sith would utilize a dangerous Force technique known as the Thought Bomb in an attempt to stave off defeat, Hoth went to face him anyway, forcing the Brotherhood of Darkness to destroy themselves in the process. Hoth's act of self-sacrifice saved the Republic and ended the Sith as a galactic threat for almost a thousand years. (Thank you, Wiki)

This thread will be divided into the following categories:

Hoth, along with Farfalla, was a champion of the Jedi:

The Jedi, shaken out of their complacency by the galactic crisis, raised their own champions, such as the stalwart Lord Hoth and his Army of Light, the charismatic Kiel Charny, and Lord Farfalla, a foppish alien whose retinue and wooden-hulled battleship looked like elements of a forgotten fairy tale.

Hoth, in his mid-twenties, became the battlemaster of the Jedi Temple:

"In his mid-twenties, after the Republic committed troops to consolidate his gains, he traveled to Coruscant and became Master Hoth, the respected battlemaster of the Jedi Temple -- a warrior grown weary of battle, training a new generation of apprentices how to fight with a lightsaber."

Source: The Essential Guide to Warfare (Credit to Emperordmb)

Lord Hoth cuts down Sith soldiers foolish enough to get near him:

"Ambush!" one of the points screamed, and then the Sith were upon them. They came from everywhere: warriors wielding lightsabers, soldiers armed with blasters and vibroblades. The clash of durasteel and the hiss of crossing energy blades mingled with the screams of the living and the dying: screams of rage and triumph; of agony and despair.

A volley of blasterfire ripped through the lines, taking down those Padawans too inexperienced to deflect the shots. A second volley tore through the melee. The bolts ricocheted wildly as Sith and Jedi alike batted them aside, doing little real harm but adding to the chaos. Lord Hoth stood in the thickest of the fighting, hewing down foes foolish enough to come in range of his fierce weapon. His nostrils were filled with the greasy-sweet stench of charred flesh, and a wall of bodies was mounting around him. And still they kept coming, swarming over him like carrion beetles on a fresh kill, seeking to drag him down by sheer numbers.

Pernicar vanished beneath the sea of enemies, and Hoth redoubled his efforts to reach his fallen friend. He was unstoppable in his fury, like the devastating storms of the Maw itself.

Hoth had been fighting the Sith for two years on Ruusan:

For two standard years he had waged his campaign against the Brotherhood of Darkness here on Ruusan.

Hoth had faced impossible odds before and triumphed. Yet he knew this battle was fated to be his last.

But I will make a last stand worthy of story and song, he thought defiantly, even though there won't be anybody left to sing it.

The world dissolved into the numbing fog of war. Screams and the sounds of battle became a dull, indistinguishable roar. The spray of dirt and stone from the blaster bolts exploding into the ground showered down on him from above, mingling with the sweat and blood of both friend and foe. He swung each blow as if it might be his last, knowing that sooner or later one of the fliers would lock in on him and swoop down to finish him off.

General Hoth couldn't help but offer the ragged hint of a smile despite the dead and wounded that lay scattered across the battlefield. The Sith had sprung their trap, and somehow the Army of Light had survived.

Hoth, as a Jedi Knight, freed the Corellian Trade Spine from Sith pirates:

"Rohlan of Kaal was heir to a minor line of Jedi Lords from Vushan sector, but still in his teens when he left the citadel of his ancestors to win renown as the Knight of Hoth—the Jedi hero who freed the Corellian Trade Spine from Sith pirates."

Hoth led his forces on Ruusan to 5 wins out of the 7 major battles fought there:

Jedi and Sith ultimately squared off on the planet Ruusan where they fought seven blood-soaked ground battles that left both sides demoralized. The Brotherhood of Darkness lost all but two of the battles, reducing their once fearsome army to a tenth of its original size.

Here's a little more context on the battles on Ruusan:

The Battle of Ruusan, the notorious conflict in which Jedi recruited novice Force-sensitive youths to battle the Sith, was a series of seven ground battles, and may have been the bloodiest confrontation between Jedi and Sith in history.

Source: Jedi vs Sith: The Essential guide to the Force

Hundreds of years ago, a Jedi named Kaan turned away from the light and formed the Brotherhood of Darkness. The Brotherhood used the dark side of the Force to build an empire, and they were well on their toward expanding it when an army was raised to oppose them.

The army of opposition consisted of beings from many species and planets, representing all walks of life. But they had one thing in common. They were Jedi.

The two sides came together on a remote and little known world. Salvos of pure energy were exchanged, storms raged across the land, and lightning flashed from the skies. Entire cities were destroyed, a species was pushed to the edge of extinction, and spirits separated from their bodies.

Finally, after days of mortal combat, the Brotherhood was defeated.

Source: Jedi vs Sith: The Essential Guide to the Force

Force Stun, or Stasis, is an ability that allows a Force user to encase a target in a sort of stasis field and prevent them from moving.

Hoth puts a Sith soldier in a stasis field without even looking at her:

An explosion on the edge of the battle briefly drew his attention skyward. One eager minion of the Sith lunged forward, seeking glory beyond her wildest expectations by trying to kill the might general while he was distracted. Hoth never even turned his gaze, but merely cast out with the Force, imprisoning her in a stasis field. She stood helpless, frozen in place until struck down by the careless follow-through from a vibroblade wielded by one of her own side.

Force Sense is a basic power allowing Force sensitives to sense their surroundings, feel and determine the thoughts or feelings of others, feel ripples in the Force signifying important events, the presence of the dark side, or even sense the future.

Hoth senses something sinister in the air:

But his fear was more than the result of his frustration at having help so near yet so impossibly far away. There was something sinister in the air. Something evil.

While fighting Sith soldiers after an ambush, he senses that the Dark Lords are not among those fighting:

Hewing down any foe foolish enough to come in range of his lightsaber, the general could sense these were not the true Sith. The Dark Lords were not among them: these were the faceless hordes, nothing more than a distraction.

Hoth feels nothing but relief from Farfalla's troops after the Sith "surrendered":

He reached out with the Force, and he felt wave after wave of relief and joy washing out from Farfalla's troops.

He feels the power of the dark side as he nears the Brotherhood as they attempt to use the Thought Bomb:

The next thing he felt was the tension in the air. It actually pulsed with vast, unimaginable power just barely held in check; the power of the dark side.

Farsight is the ability for a Force sensitive to see glimpses of the future, usually in the form of visions through meditating.

Hoth gets a sense of events to come as the Brotherhood prepares to unleash their Force Storm on the Army of Light.

But his fear was more than the result of his frustration at having help so near yet so impossibly far away. There was something sinister in the air. Something evil.

Suddenly an image leapt unbidden to his mind: a premonition of death and destruction. He sprang to his feet and ran from his tent. Even though it was the middle of the night, he was only mildly surprised to see that most of the rest of the camp was up and about. They had felt it, too. Something coming for them. Coming fast.