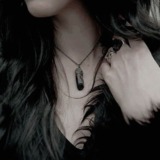 #1  Edited By TheSwindler
9 months ago

I think he ate a pot brownie?

Welcome, Law keepers and Lawbreakers to The NYC Project roleplaying game - I mean that in a literal sense - a game centered around information, codes, misinformation, trust and the lack of all four. In this game you will placed under two teams, I say teams loosely you'll see why later, Law Enforcement and Law Deviants, essentially making this Cops and Robbers. In this came you will be tasked, by a being known as [The Mistress] (brackets included) - me- and will be tasked with either A) Finding a hidden item fabled to have been capable of granting its owner grant authority over the Modern World as we know it. Or B) Prevent such a terrible item from falling into the hands of the wrong person.

However, only [The Mistress} knows where this item is, and will give out tidbits, to both sides to see who can retrieve it first. However, the clues will most likely be codified, and not every clue will be entirely true. If you couldn't tell by know, this game would take place in Manhattan, New York

Maps: To help you orient yourself within Manhattan. These are also the maps I used to lay out everything.

@feral_nova: A character Idea, however I haven't really finished kickstarting the Nurdstrum-Hawthron tension yet.

I don't expect a boomer to know about Gen Z talk

@juno_fei: Nay she is a part of the Silent Generation

@feral_nova: A character Idea, however I haven't really finished kickstarting the Nurdstrum-Hawthron tension yet.

I mean you’re wrong but ok

Shush before I unofficially make Feral's son a reality