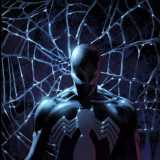 The Problem With Age of Ultron.

Age of Ultrons' first issue debuted last week. It has been teased for months to be something huge and life changing. Well how could it not. Ultron launching the world into some kind of dystopian future would definitely be entertaining. But there is a major problem that keeps the series from being enjoyable; W.T.F. happened.

How did we get to this dystopian future, how come this isn't showing up in other books? There will be tie-ins, but unlike AVX we don't know how we got here. Dark Avengers, AVX, Fear Itself, Secret Invasion, these series were marvel. These were what was happening in Marvel, it felt like that because it was in the now. Age of Ultron isn't marvel. It's future marvel. Even Daredevil: EOD isn't to distant.

The first issue is enjoyable and I will buy other issues. But this problem needs to be rectified.