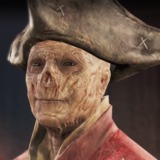 It's good man, why don't ya just hit me up tomorrow?

Fletch had a rather different outlook on their adventures. Instead of optimism, his was the promise of violence and action, filling in the void that their lives were truly meaningless. Also being alive for over 300 years tends to make the need for thrills greater and greater.

He chucked his compass into the Keeper's hands, refilling his glass. "Worked with a crew of space pirates for a while there. After I got bored I finally just chose to take their tracking tech and split before the coppers put their spree to an end. I mean, could you blame me? Look at it! It's an old timey, high tech temporal compass! Doesn't get better than that shit right there." Fletch laughed, downing another shot.

"Whatever it is, better have it's share of loot.." The time rogue winked, having a knack for plundering gadgets and goods from exotic times.

You're shaking? I got some piddle in my trousers. Oooof, I'm real spooked.

Who said anything about buying?

Jesus, I look like I got hit by a nuclear blast. And you're uglier than sin. We should grab a drink sometime.

If Commander Harvey Fletcher isn't my defacto character? Then I don't know what will be.

Lust under the sun.

I don't think it was actually love, I think it was obsession, with the way they made him feel, their lukewarm entrails

Squalls of salted tears cloaked Rome in dismay. The soil blenched upwards, a latent figure risen from the gore of the ground, shrieks of slain victims and the dirt of their mortal bodies raining upon him. Lugubrious wails from flocking citizens proposed vexatious intent, his astringent skin, and acerbic jest was a periodic nightmare among the commoners. Sullen screams echoed his presence all over the streets, blood-curdling howls chanting his name warning of what was to come.

"SPAWN OF MEDUSA!" A soldier crying with a missing limb. "THE RIPPER!" A woman with a slice across her chest. "THE SERPENT!" A child drowned in the blood of their parents.

They screamed. Their cecum riddled, pissing themselves from the sight of a God. Vomit, piss, and poisoned blood begrimed the paths they fled, all leading towards where the fighting pits were.

In the middle of the blood soaked pits, a smile underneath a coaly helmet dripping in vinegary blood, tainted by his malignancy. His design of immortality. Time is a tax for mortals, and he refused to pay. The chauvinist performance of devouring slain gladiators was evidence of this, granting him more power. The serpents swarthy skin sunk in the gore of red, slaying Romes greatest warriors was a cinch to the blighting man.

His gait was lazy and a self worshipped atrocity, slump without a care in the world. Undefeated and forever living. Walking towards the piquancy he saw, a child hiding underneath a market table. "HUSSSH"

"THE GODLINGS, I TASTE THEM IN THE AIR" His snake like tongue slithering the air "MY EYES I CAN'T RECOGNIZED IN THE SEA OF TARTY HUMANS." The God was in a quandary, so he grabbed the little girl by her fragile neck, raising her into the air "WHERE ARE THEY?!" Her curdling screams, a hostage with little time to pay. His mouth gaped open brandishing a plethora of fangs ready to snap as he leveled the girl's neck into the serpent's bite.

Fletch casually turned to the display of horror, he almost seemed disillusioned. "Ah smeg, that would be some sort of smegging demon... Friend of yours?" Fletch grinned while flipping his coat open and drawing a plasma gun, 46th, as he recalls. "Soooo, I'm going to kill this thing, unless you have any preservations.."

Fletch pointed his weapon at the beast, hopefully drawing his attention. "Oh wow, look at me, I'm some sort of horror that deserves attention! Tell me, oh spooky one, you eat pussy like this or are you just putting on a show?!" Fletch laugh mockingly while shooting off a few rounds.

"I've seen monsters like you by the dozen, show me why you're so smeggin special!"