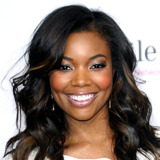 @runekingthor98: Your claim that Superman is below light speed is abysmally incorrect. As @tensor stated, Supergirl is not faster than Superman. And in a direct confrontation, The Runner ran rings around Surfer. Thus I question how accurate your list is.

@kasya_carey: "First off ice breath won't do anything to Storm when she could just control it."

Did you just say Storm can control Superman's BREATH?

She can control the weather. She can control elements of the atmosphere that contributes to the weather. But she CAN'T "control" Superman's breath. She wouldn't know that a random opponent could perform a flash freeze, and wouldn't be able to stop a lightning fast man doing that act out of nowhere, at that. She might---repeat, might be able to survive the experience if she knew it was coming and adjusted her physiology accordingly to adopt to it---but even then, before she could get out of the substance-if she even COULD-Supes would have already smashed her to pieces. And I am not "downgrading" anyone---you are lowballing Superman. It is not feasible to claim that Firestar could-for sure-survive a force that almost INSTANTLY took out Bizarro and shut down the brain of a star devouring, planetary system destroying PLANET.

You stated that TK is not in play in this battle, so mentioning it for Jean doesn't appear to make sense

---not to mention, Superman has resisted psi attacks from multiple mentally powered antagonists as I and @knight101 have detailed, so even if Jean had her powers, victory would not be assured.

And as for Livewire and Oceanmaster, Superman has resisted more trauma above those two then he has been affected by it, so statistically it is more likely that he would do the same in this scenario as well. Bottom line is, Superman more than likely will use his heat vison in the way I discussed earlier giving him the win (which is actually the point of this thread) and therefore making this whole discussion moot, anyway.

C'mon, man, be reasonable. Sometimes, characters you "like" better, have to take an "L", and/or once you pick a side, you have to alter your assumptions if evidence demands it.

@stormphoenix Superman doesn't have to "control" the cold to take out Storm or Firestar for the reasons I just mentioned to Kasya Carey. And cold that can almost instantly shut down beings as powerful as Bizarro and The Cannibal Planet can certainly push back Darkseid momentarily, so it's not "PIS". People have got to stop using "PIS" so arbitrarily for every little thing they don't like that refutes their arguments---it's really lazy debating. And regarding Storm hurting Superman with a "Hydrogen Lightning Bolt":

It's fine that you're personally "fully convinced" that this would, in any way "stop" Superman. But evidence contradicts your belief. To say that someone that has tanked trauma such as the crushing entropy of a black hole, or trauma capable of destroying half a galaxy, or power that wiped out 10 Star Systems in one go can be affected by something so far below those things (and I have plenty of other feats like that on standby) would seem to greatly defy logic. To be fair, you did state I "wasn't wrong" about my overall hypothesis that Supes would win---but it's a truly more complete victory-with the stipulations the OP gives-then you're admitting.

As I said before---sometimes, when what you want to believe is contradicted by facts, or despite that you may "like" certain characters better, or whatever is going on here---they have no choice but to take an "L".

@stormphoenix: @kasya_carey: Kasya Carey, at "lighting fast" speed, Kal might-repeat, might get glancing tags from these opponents---but in a bloodlusted state, glancing tags are not going to do much to a man who has the strength & durability feats Superman has, which includes-more than once- withstanding and resisting a black hole; absorbing the half a galaxy destroying ANTI sun energies of Maggedon; and, except for saying "UUUUH!" tanking the blasts of The Void Hound when it was trying to obliterate him http://s3d3.turboimg.net/sp/640a7cbff3d5c7845a6ac1acce14fb76/Untitled-Scanned-02_2.jpg ---just a test run blast from this semi sentient construct destroyed 10 Star Systems in one go http://i.imgur.com/2gREOpX.jpg therefore, tagging Supes, it appears, wouldn't matter.

Speaking of which, Stormphoenix, because of those aforementioned feats (with plenty more on standby) I question Storm, Legion, and especially Firestar stopping Kal. I also question Storm surviving a Flash freeze from Supes. I don't think she can take something that stops Bizarro; just emitting his cold breath in pellet form knocked back Darkseid https://i.imgur.com/HvAyi4x.jpg and it proved formidable enough to shut down and out the enormous brain of the star devouring, planetary system destroying Cannibal Planet

I just don't think anyone but Bobby can take frost breath that is powerful enough to accomplish the things I have displayed.

@kasya_carey: "---He doesn't have FTL speed in this battle".

Semantics. "Lightning fast" speed is more than fast enough to add to his striking power to take out everyone before they can do anything about it.

Or, if he doesn't want to tax himself that much, he has extremely lethal range weapons that can take them out even more efficiently. Frost breath (which is potent enough to stop Bizarro, an opponent as powerful as Kal)http://static.comicvine.com/uploads/original/7/72524/3843516-freeze+breath+1 would stop every one but Iceman, and bloodlusted, Supes would shatter them to pieces( if the cold blast didn't already take them out); then moments later Iceman would be disposed of in the manner I discussed previously (it would take a bit longer without FTL speed, but it would still be done). Or, in a bloodlusted state, Supes could cut to the chase and use his heat vision to wipe out everyone in the manner he did to those Doomsday replicas

There's no way around it. With the parameters you've set, the winner in this battle would be: SUPERMAN.

@runekingthor98: I disagree fervently with your claiming Wonder Woman is overrated. If anything, Wonder Woman is constantly, bizarrely underrated beyond all reason. And as annoying as Wally West and Zoom wanking can get on this site---the fact remains that the type of speed they have-both travel and combat-is unbelievably potent (and without PIS involved, lets face it these characters would rarely, if ever, be touched-sad but true). But I wholeheartedly agree with you about many on your list, particularly Silver Surfer and especially Thanos-even when it is stipulated he has no amps, prep, or schemes in the battle, and his confrontation is in a random encounter. At the merest HINT that they MIGHT be defeated, some people lose their minds; it's virtually impossible to have a rational conversation when these characters are involved.

Grant Morrison is normally a great writer. But the changes in Wonder Woman's origin he discusses in this interview? Not being formed from clay is one thing. But male DNA and such---?

Exhibits A-Z that no writer is perfect.