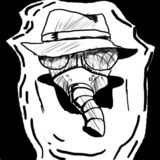 @sanohibiki: What propaganda? The Putin stuff?

Who's the first, as in favorite character in comics? Oh wait, Captain Marvel! Billy Batson right!?

My five favorite DC characters are

And My favorite Marvel characters are the members of the Fantastic Four, followed by Captain America

What makes Shazam/Captain Marvel endearing to you? I ask this as someone who isn't too familiar with the character, but always thought his concept was cool.

So sorry this took so long, I almost forgot about this comment

There's a lot I can say about Billy and his alter ego, but the main thing that draws me to the character is the challenges he faces, and the message he sends. Billy's a kid who's had the worst in life happen to him, losing his parents, his home, most/all of his money. However, he never let's that get to him, even as a kid who's had the worst happen to him, he never acts out, he keeps on being good, doing right because it's right. It's rare to see that in media today, and I think it's a shame because stories of being good in spite of the odds are very compelling. It's a lot like the challenges Captain America or Superman face, only Billy's just a kid, they hit a lot harder, and unlike them there's not much we can do about that. I think we've all felt that way, wanting to do what's right but not having the power to, especially if you do wanna be straight laced and do right. That's also why his powers and identity as a hero are so important to me, because as easy as it would be to give up, give in, act out, or stray from the path of the righteous, Billy didn't, and because of his efforts and his will he could not go unnoticed, and was granted his powers by Shazam just for being his good self. With that he gained that power to stand up, to make a difference, and to live out his dreams, to escape the dredge and spread hope along with a helping hand. I think that's important, a character like Billy is important, the message that good things can and will come if you stay steadfast to who you are and doing what's right. There's not another character like him (which is why me and many other fans are upset by his horribly out of character changes in Curse of Shazam that take away everything that makes him special)

That clip still gives me chills. Seeing that joy in his eye that only a child getting to fly could bring, and seeing the wish of being a super hero granted.

I also love the whimsy and adventure of his comics, lot's of great stories to tell with his powers, rogues gallery, supporting cast, and mystical mythos

Great write up bro, but Captain America is a nazi now. :P

I really like your reasons because I am also a fan of the fading strait laced super hero archetype. This is why I'm enjoying Superman Rebirth and RYV so much.

I never read a comic where Billy was more than a background character, so I always thought he had the personality of your typical adolecent boy heroes (head strong, a bit reckless but well meaning, hyperactive with a mischievous streak). It's nice to hear that he is actually more of an adult than a lot of other heroes these days.

Who's the first, as in favorite character in comics? Oh wait, Captain Marvel! Billy Batson right!?

My five favorite DC characters are

And My favorite Marvel characters are the members of the Fantastic Four, followed by Captain America

What makes Shazam/Captain Marvel endearing to you? I ask this as someone who isn't too familiar with the character, but always thought his concept was cool.

Damn, I really dislike the artstyle here. Sheesh, not flattering at all, but at least teen Beast looks like a teen, and not some grungy old man.

I was going to say much the same about the cover. It looks like something a teenager who just learned photoshop would do for a school project. Marvel and DC really have lowered their standards over the last few years.

I don't know if I can agree on that. I like the majority of Marvel's artists, there are a few artists I just don't really like. Even this artist isn't bad, I think I was a little harsh, I just don't like the angles they're drawing the characters in. Still, I don't think any one artist is just the worst in the world; they still have that level of professionalism I like, respect, and will never achieve, lol.

The only people I hear with sentiment like this about comic artist, draw or have once drawn themselves.

Which one of these variants you thinks gonna get a solo by next year? My money's on the Doctor Stange one.

I always wondered how purple man made it so large in a world where telepaths are a dime a dozen.

I didn't even know there was a Bullseye 1...

I thought that was Blackneto in the thumbnail.

The sacrificial lamb to stupid.