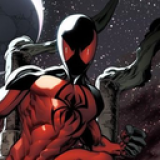 I am absolutely for diversity in comics and in media in general, but I find a lot of the forced diversity a bit offensive because too often it's used to add a sort of shock value for talking points, or as a stilted marketing ploy. For example, when we found out that Batgirl's roommate, Alysia Yeoh, is transgender, the entire setup was silly and clearly designed to cause media buzz.

It seems like the character exists ONLY to be different and to add a "freak show" element to the story. Why does it have to be a shock? I get that people are very often hesitant to come out, but I think that the way it was done here, the way the panels are set up, it looks like a soap opera. The story was all over mainstream news sites as a big move for DC and it created a lot of hype. I don't like it when publishers take a group and use them to generate sales. I'd much prefer a character who is written to thoughtfully represent the group being portrayed and that speaks directly to them, rather than making a scene of them. The characters that speak most effectively to people are ones that they can see themselves in. I really like the way Scarlet Spider's buds in Houston, Dr. Meland and Officer Layton, are portrayed as a gay married couple. The fact that they are gay (and married) is not pushed as a way to generate sales, but as people really are. Dr. Meland and Officer Layton are involved in a strong, supportive (non-stereotypical) relationship and it's really refreshing. The reader finds out that the men are a couple almost in passing and it's no big deal, like it ought to be. Their relationship is not marginalized as much as it is cleanly woven into the narrative of the story. I really want to see more minority characters presented in a non-stereotypical, non-forced way that focuses on their story, not just on their differences.

With that said, I'd really like to see Justice League 3000 be a lot more realistically diverse. We need teams that better speak to the reality of society today. We need less of the teams like the classic Avengers (which I do love, but they're pretty dated) and Justice League (The black DC characters are pretty weak in my opinion. They need work). Also, as an aside, I agree that we need to stay away from caricatures like the huge bruiser, street-smart black guy and the mousy, computer expert (or ninja) Asian. It's silly and offensive.

I really think that Cyclops has been the best leader of the X-Men overall, but Storm has been an outstanding team leader and second in command. I think Cyclops just has more experience and innate ability to influence people, for better or worse.

Wolverine became popular because of X-Men, not the other way around.

This is totally true. In the 90's when I was a kid, Wolverine was my (and all my friends') favorite X-Man thanks to Jim Lee's run on X-Men. I think Wolverine became the most popular member at this point, and remained popular because of 90's kids, which in turn lead to him being the star of the films. The films have introduced new audiences to Wolverine and the X-Men, and have done the same thing for kids these days that Lee's X-Men did for me in 1991.

Also, Gambit is a punk.

There was a lot to pull Wednesday, and probably too many dollars were spent, but here's this week's list:

While I liked everything I got this week, there weren't any really stand out moments. I guess my favorite was either when Death rides up to judge New Shanghai in East of West and just sounds like a total badass (I can't wait for issue #4) or when Thanos murders his baby mama and kid. That was sick, but it's really neat to see how Thanos became the monstrous killer he is.

I'm kinda dissapointed with Detective Comics these days, there's just nothing cool happening (and it has been my go to bat book for years) and I'm really not about Iron Man's new origins. I'm hoping we can get through that soon.

You mean ever? Uncanny X-Men. Right now? All-New X-Men is pretty great, but I think the new X-Men is going to be rad as it continues.

Court of owls is an amazing book! I would recommend you pick up City of Owls and Night of Owls afterwards, Snyder did a fantastic job with this series. However, there are way more Batman comics that have become some of the greatest Batman comics ever made. Here are some of my favs:

This. All of these are pretty much standards these days. They're all fantastic!

Aracely apparently hosts the Aztec god Huitzilopochtli, (the god of the sun, war, and sacrifice) and as such she has the potential to be a world breaker. I think she's going to wreck some folk's lives sometime soon. I'm excited!

Chronokinesis (the ability to manipulate time)

Psychokinesis (the ability to manipulate minds)

I'm pretty excited for this series, I can't lie