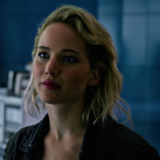 This is the most unorthodox Top 5 that a human being could've thought up of...

know, but this has to be the most visually stunning Spider-Man film to date

That's the internet for you. Ignoring the positive elements of the film because they thought that the rest of it is mediocre. Seriously, why can't we have the people recognise the good, just as they do the bad in films? Some people are so good at exacting flaws in movies we hate; why don't they be that natural at looking at the redeeming qualities of the film?

I'm not crazy over The Amazing Spider-Man 2. In fact, I'm disappointed because the Amazing Spider-Man set up the potential for a truly spectacular sequel, but the fight scenes, as you pointed out, were great. Why don't people recognise that? Why don't people recognise the emotionally affecting final minutes of the movie? There ARE things to like in the movie.

I'm sorry I turned this into a personal rant, haha. It's just a more personal way of saying that I do agree with you on this one. The electro fights were spectacular from a visual standpoint, and the clocktower sequence had me on the edge of my seat, and I had it spoiled in advance for me that the broad was not going to make it, haha.

I enjoyed your blog <3

Good review. Glad to see one that's so positive towards it.

I hope you'll enjoy it. You probably will.

Nice ranking. I don't 100% agree with it (I liked Origins and didn't care for First Class), but it was well-written and you explained your thoughts nicely.

You also have the best description of The Wolverine that I've ever seen, and one I agree with completely.

That is high praise. Thank you!

I have always acknowledged it has flaws, but for what it did for the genre, by breaking new ground by uniting characters with their own separate film series, and doing it well, Avengers will always be one of the best ever for me.

I have recently watched it again too, and in my opinion it is still the only CBM with a truly epic final battle. It gets way more hate than it deserves (not from the OP, but from around the interwebs)

That's where you and I disagree (amongst other things, heh heh). I do think Marvel's The Avengers was special for being novel, but Whedon could've made so much more out of it. Thor felt detached from it, and Hawkeye spent the majority of the film as a lackey. Compare this to Civil War, in which they balanced out double the amount of characters in this film significantly better then this did.

Any other film could've united characters. If we will give credit where credit is due, then we owe it to IM and IM2, The Incredible Hulk, Thor, and Captain America: The First Avengers. The set up is what made it so good.

@black_wreath: Maria Hill wasn't miscast she was cut out of the movie in a major way. Go look at her deleted scenes. Then in Cap 2 at the end of the film so goes to work for Stark which further down grades her characters importance. In age of Ultron she's a non factor and in Civil War her part is basically given to General Ross and the other Ross.

Any who fair write up by the poster, but the film still does it for me. It won't age well if the Rusosses and James Gunn and Coogler put out more hits for Marvel. That's why it isn't going to age well in the long run. It's still a 9/10 for me, but it will start to look weaker and weaker against the quality of Superhero films we have coming up.

A very good write-up. I really admire when people decide analyses their favorite movies as a piece of cinema first, from an artistic viewpoint; only if my friends/fans in Bollywood could ever do the same. I remember so many people were comparing Joss Whedon to Chris Nolan at the time of Avenger's release.

Cheers, my friend <3 or future friend. Whichever one.

tony has plenty of depth,,, look at his pepper relationship as an example... But in the course of that film, he was arrogant as he was the first real super hero. He knew more than the rest and basically was just plain smarter. The rest of the cast had to have time to shine also and loki in the comics is very comparable to the big screen adaptation including the hulk scene. The movie isn't my favorite but its right there with batman begins and deadpool as that second tier comic book movie. The winter soldier, civil war and TDK are the apex as of now.

@thefemalebat: most of the stuff I agree with you on, except the stuff about Tony. True, tony was mostly just an ass to everyone, but I think it could be argued that it's fitting. Everyone is new to this team, and tony tries to lighten the mood with sarcasm and humor. He is a cynical guy, and I thought his scenes in avengers were great. Overall it's a fun movie, but you are correct in saying it is not a great film.

That's okay! But it still doesn't do it for me, you know what I mean? It could be because of the impact that his performance in Civil War, but Robert Downey Jr. is a great dramatic actor. And Tony Stark is, for me at least, at his best when it's fighting his own demons.

Look at Iron Man and Civil War. He was at his most compelling in those. There's just so much more to his character that makes him appealing them "sarcastic and humorous." You need dramatic element to balance it out.

Avengers will always be better than AoU to me. AoU, like Ironman 2, suffer from being setup films. The difference though is that while Ironman 2 was worse than AoU (it is the weakest MCU film IMO), Ironman 2 did set up the Avengers which ultimately ended phase 1. AoU is the better film but the setup was a little nonsensical to say the least (yes, we know, Thanos is coming) and oddly enough it didn't end phase 2, Ant-man did. Either way this was a good post @thefemalebat.

Well said. I agree too.

This is all stuff I noticed watching it the first time. Personally I never got why people talked so highly of The Avengers and felt mostly disappointed by it. There are so many aspects that could have been improved upon to make it truely a great movie rather than simply an "event".

Thank you for the enthusiasm :)

Thor is another Avenger that, on re watch, I felt was sidelined. He doesn't do much. Doesn't interact much. He barely has character.

As a Thor fan it was the reason I was initially a bit disappointed by The Avengers. His role is slightly above "glorified cameo" and at no point does he really get to look cool (he probably takes out more Chitauri than anyone yet it's not well remembered) but he does get to be humiliated by Hulk like his brother. I believe the only reason more people don't notice this is because poor Hawkeye gets treated so much worse.

Although he's treated with more dignity in Age of Ultron, the fact he gets the least screen time of anyone on the team and knowing Joss actually wanted to cut more of it leads me to believe Joss just doesn't really like Thor. Kinda tempting to say he doesn't like Loki either and Hiddlemania was a happy accident... :P

I also felt Cap was maybe given a bit of a disservice, he wasn't really useful, didn't come off as the leader and, I'm sorry, but "There's only one god ma'am." is not something I think Cap would or should say.

It came off like Joss' favourite three were Tony, Bruce and Natasha by a fair margin. Which is I am one of the few who prefer Age of Ultron...

While I'm here I also wanna bitch about the miscasting of Maria Hill, whos absence from Civil War should've been way more noticeable...

I prefer Age of Ultron too. Less characters were wasted in that film.

But sadly that was the only thing about Zemo that I liked. You'd think at this point in the saga we'd have a more high-stakes villain. But no, he was just your generic 'ex-military guy out to avenge his dead family and nothing else' type villain.

Partially why Zemo is the best Marvel Cinematic Universe villain. A personification of the hundreds that lost families as a result of collateral damage that the Avengers caused. It's easy to say "faceless peeps lost families because of The Avengers. You should care because it's people and all." It was nice to see the suffering of those families be characterised.

Yup, that's our big climax. While DC gave us the grand Trinity of heroes uniting to save the world together, in this movie we get Cap and Tony pointlessly pounding away at each other (phrasing?) while the villain... just sits there and watches.

That bombastic team up that Snyder had far from earned? Civil War presented an intimate, high-stakes battle between two characters we cared about. Zemo did his job. Turned the Avengers against each-other. He achieved his goal. Him interrupting would be nothing short of detrimental to his objective.

That'd make for a great blog.

Chris Stuckmann liked it. He is generally a reliable barometre. I'm hyped to see it.