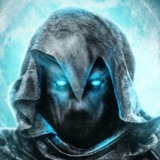 "I am the ultimate insanity! I am CARNAGE!"

Carnage is the spawn of Venom and one of Spiderman's most dangerous enemies. First introduced in issue 344 of The Amazing Spider, Cletus Kasady becomes the host of the symbiote calling itself Carnage after sharing a cell with Eddie Brock and, with it, has spread havoc and chaos giving Peter Parker, as well as a number of other heroes, a great challenge. If you want a look at Kasady's history then there's always his Wikipedia page but I'm going to skip to his feats now.

Carnage is able to create an axe and throw it with fair accuracy.

Carnage is able to overpower both Spiderman and Venom at the same time.

1-3: Carnage has discovered he is "pregnant" and Venom wants to talk about it. Carnage has other ideas and uses his tendrils to drag Venom along by the neck before flinging him into the horizon.

1-3: Carnage takes blows from his son, Toxin, who is able to lift between 75-100 tonnes according to his Marvel power grid.

1-2: Again, able to take blows from Toxin who is seen in a more bulky form this time as he is enraged.

Is ripped apart and left in space by Sentry yet the symbiote is able to sustain Kasady and, although Cletus has to have his legs replaced, returns in the miniseries Carnage.

Able to bond with other people, in this instance the Avengers. This is not, however, an ability he uses often.

1-3: After bonding with them, Carnage is able to make the Avengers his puppets.

1: Traps someone using his symbiote.

2-3: Easily defeats two of the Microns, a group who inhabit the Microverse.

1: Displays masochistic behaviour while being stabbed by an enraged Scarlet Spider, shouting "COME ON" which shows he enjoys being given pain as well as dishing it out.

2: Shows his healing factor when he is able to stand just a few panels after being shanked by Scarlet Spider.

1: Carnage is able to slice up Agent Venom.

Able to slice Deadpool's body into pieces (to be fair to Deadpool, he did put up some good fights when he had prep).

1-2: Injures Deadpool who is wearing the Phage, Riot and Agony symbiotes which enhance his durability.

1-2: Displays his striking power against "villains", one-shotting both of them to varying levels of damage.

3: Carnage creates a tendril and causes Sin-Eater to shoot his face off.

1: Can "(break) every bone in a (man's) body" with one hit. This is hyperbole seeing as it was the man who gave this quote so his jaw must still be functional but is still impressive.

2: Carnage shows off his agility by performing a backflip over a speeding car.

1-2: Fully recovers from two direct, unexpected missile strikes within a page or so.

3-4: Tanks an attack from a supersized Sin-Eater who clobbers him with a tower.

5: Is able to continue talking while being shot at by multiple police officers.