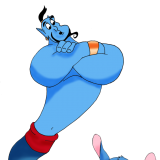 im not talking about who is best, but Blades capabilatys to change tactics towarsd other foes, if ther were other beings threatening him,

i am one to think Blade is capable to change his ways if other beings would be a threat, i see him as smart enough to develop and always be prepeard be it vamps, zombies, werewulf, trolls or other creatures of lore, A vamp for me is a vamp no matter where they ar written, marvel, twillight, classic vamps, Underworld, to me it is all one big paralleluniverse, and in universes of vamps, also lvies Hellboy, as he is also a monster hunter, so in my head/world Hellboy might teach Blade some tricks also, i don't work in the mere bounderys of comics i walk abroad in the univese of lore of fantasy, imagination, underworlds, and darkness.

Speculative fiction fan speculate on how a creature of speculation (a vampire of daywalker spessialitys) who have an advantage as a daywalker can use that to broaden his list of things ot traint to hunt down, i think this is also a tool to see how to broaden the feald in which Blade oporates, both killing the normal vamps but also take jobs killing trolls, zombies and werewulf,

I just wonder how good he is at preperation, on how good he is as a planner before he goes for the kill, i have only seen the movies and the anime, I find he is good at collecting info about enemys weakness, he is good at finding out (after batteling once) and create better weapons and tacktics for second encounters, I don't think he is a 1st class prep, but i would say he is very good at preperation, when killing vampires.

I wonder how smart and addaptable Blade is as a character overall, if it is another race, species of monster, and he neaded to deal with them, how able is he to get info about such creature and how fast is he to gain enough info to fight against different foes then his usual vamps, can he use his vampire powers as an advantege in a prep situation. He is strong enough and skilled enough martial artist to have no problem fighting other creatures, but are he good to change ways of killing or is he so singleminded that he can't think out of the vampire killing box, is he unable to think of strategies to take out like for example angels from Supernatural, is Blade regarded as smart or dumb, how is his level of intellegence and is he a quick thinker (which is crucual for a strategist), would he be able, on a flip of a coin, get info into how to kill an angel, how to outsmart an angel, how to fight angel (Like how fast would Blade get an info like drawing a segil of blod on the wall and touch it with a his palm and utter a spell?) , in the same effitian way as to how he deals with vampires every single day, can he flip a coin and change his focus on to how to kill an opunent, no matter what mystical being, humanoids,

how would Blade fair aginst f.eks

Zombies - slasher movie type of move, Dawn of the Dead (fighting , prep, info, tacktics leads a team of humans to safty types of plot, how is Blade able to that feat? )

Demons - compared to the Winchesters, prep, efficiancy, findong info, and willing to use spells, conjouring,

Fairis - hrmm well something to crack your head around :D, i don't know.

lets just say these are as common in the vampire world as vampires, in the realm of underworld creatures and in hte paralell universe vamps are vamps no matter which universe they happen to be written in comics, and these species are all part of lore, and they have encounters, and i feal it is logical that Blade shoudl battle a Troll once :D, a normal Daywalker could just lure the troll into the sun, (where usualy Trolls have same weakneses as a Vampire), he is probably way smarter then Trolls, as they are very dumb, he can lay a piece of gold in a open area (troll loves gold) an outright h2h fight with a troll is not smart though he moves swifter is quikre and would probably be to quick and agile for a troll, and i think any vamps could, but one blow from a troll and Blade is flying 10 meter through the air, but Blade would win in the end, with better fighter skills and swifter moves, could decapitate the trolls head

do you think Blade is able to learn magic/spells if he wrapped his head around it and studdied some, or is Marvel vamps universe magic free, but he could if he was in Supernatural universe :D

so you see, i just ask how is Blade gonna fare against other enemys, find info, do prep and win, any foe, not only vamps, any creature from lore that a vamp will fight in the lore of horror ficiton, or comics.

as a Blue Genie I would rather see myself instead of Mxy, but i would not mind share the stage with another of my kind

was it sort of minour reality warping ?, like the hospital thing

Spoiler allert for some who have not seen all Supernatural

im watching Supernatural now (season 5) and i am really curious about the power levels of the angels, i know how they are ranked, and stuff, Gabriel is nr 3 in the order of power and strength below Lucifer and Michael, and Raphael is below him and the others, but how is Gabriel compared to Michael, if they were in a normal fistfight, brawl, would it be very close and Michael will after some houers pull the longst straw, or will it be stomp from Michael,

i would say it is very closly matched between the two, but i get the impression that the focus in the series is centered around Mike and Lucy (my shortening the name :D ), I really like Gabriel though, as he seems to be a troubled third fiddle of the holy trinity of archangels,. the one who is often becoming the grumpy third wheel who is not pleased of falling in the shadow of Michael and is not seemd as such a threat as Lucifer, it is easy to play him as this jeallus brother of the angels.

i find the hole angel hirarchy pretty facinating and like to read about them, but i view them more as cool creatures with imence superpowers of grand scale then something real, like the upper limits of badass strength,

i think Gabriel is insane strong, almost as strong and Michael, like a thin hair thread, enough to be a threat to anyone else who is dushbagging him exept Michael and Lucifer, he could easly manhandle Castielle. Uriel and Anna (in the series), Raphael would be no match but a tougher nut, but he would falter in the long run,

Chernabog is the most powerfull evil entity 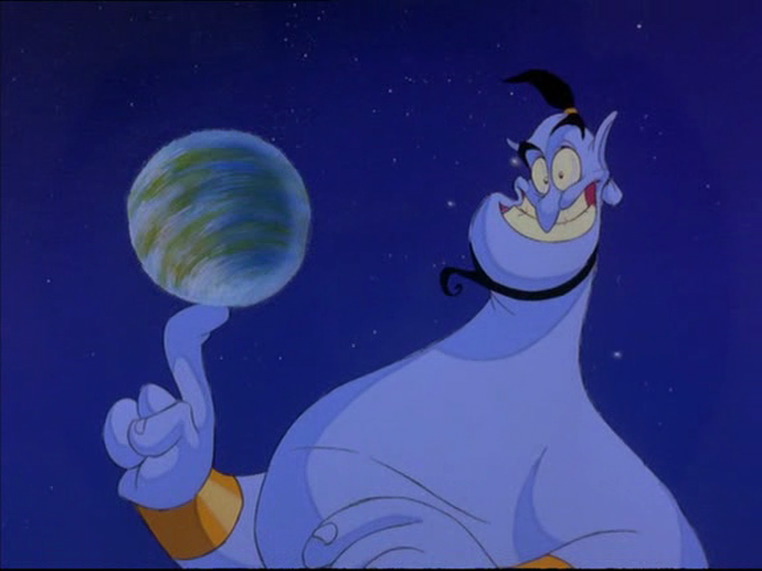 I am wondering how powerfull the Genie of Aladdin is in full power,if angered, if he was not a funny sidekick, but a serious mean caracter, forgett that he is voiced by Robbin WIilliams and Don Castellanta (both which are comedians)

I am wondering if what level of Genie he is in terms of Genie mythology, how would he rank in a DC universe or Marvel Universe compered to the Genies and Imps in djinn universes, i know there is a vilable ranking order which can be used to validate Genies strenght and different classes of Genies, on the lower levels you have Sprites, Imps anf Foliots, ( my basic analysis method is based around the Barthimeaus trilogi by Johnathan Stroud, where large part of the books is about genie powers and various powers), on the higher limits you got Djinn, Afritt/Ifritt and Marid, and there is Genies which is so low they aint more then farts, and not given names couse they are not really able at any large feats, and there are entetys so powerfull, that by their mear pressance can warp reality, Ramuthra of Barthimaeus the book Amulett of Samarkand was so powerfull he created a black hole over London by his presseance, and was an uncontrollable force over 10 times higher then a Marid, Nouda from the book Ptolemy's gate was 6 times as strong as a Marid, warped reality by his pressance, could destroy other genies with little effort, and sucked everything of a radious of 3-4 killometers towards him. Nouda and Ramuthra http://z13.invisionfree.com/The_Tower_of_London/index.php?showtopic=23 the highest entitys of Genies i have come across, on what level is Genie, he was quite powerfull when he was in the lamp, is he as powerfull as Barthimaeus, a fourth level djinn of 5000 years old,, or is he stronger, according to Disney WIki, itis said in the Trivia part that the Blues Genie

http://disney.wikia.com/wiki/Genie His appearance may have been inspired by a type of Djinn known as the Marid. Traditionally believed to be the most powerful classification of Djinn, the Marida (plural formof Marid) are known also as the "Blue Djinn" for their likewise skin texture.

by that it means he is in the upper limmits of the djinn level table, but way under Nouda and Ramuthra, i think also Genie Jafar is a bit over Marid status, or just a very powerfull Marid,

i think the freed Blue Genie is more on level with a high level normal Djinn, (like Barthimaus, or Ifritt level), this is the only djinn entity i know of from DC mr mxyzptlk, i dont know much of him but he seams to be powerfull, in mere djinn level status he is as i read an Imp, which is lower then djinn, ifritt and marid, but on a battle thread i read the Impt would stomp a high level Marid, or Djinn but he is probably from a different dimention, but heck that is also all other genies, they are from a different world then humans (according to the Barthimaus triliogi, which is the reason they not always understand human limitations, emotions and anatomical limitations), http://en.wikipedia.org/wiki/Mister_Mxyzptl

i think the full extent of the powers to the Cheshire Cat is barly screatched in the movies, he have not been tested at his limit, he or it should had its own cannon or something, to see it in actions against foes,

the Amazing world of the Cheshire Cat