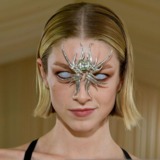 The first John Wick caught people by surprise in 2014, primarily receiving praise for it's practical action, worldbuilding and Keanu Reeves's committed performance. Though I saw what they were going for, I thought the first movie didn't quite know what it wanted to be. The film was bogged down with an air of self-seriousness, a drab colour palette, and leaned too heavily into melodrama that didn't work: the passing of John Wick's wife fell flat emotionally, and a 1-minute scene of Keanu Reeves angrily driving a car in empty space felt unnecessarily moody.

It's odd to say, but the more these films lean into self-seriousness and emotional drama, the less confident and assured in their direction they feel. John Wick: Chapter 2 did away with the drab colour-palette and the melodrama of the first film, opting to instead embrace it's more exciting and adrenaline-filled aspects.

And in Parabellum, director Chad Stahelski and Keanu Reeves uncompromisingly, confidently embrace the John Wick franchise for what it is. Not every movie needs to be The Dark Knight, and this is a movie that understands this. This allows Parabellum to lean into the strengths of the franchise, and it results in a movie that knows exactly what it is, and is able to deliver it at a relenting pace.

Parabellum wastes little time before getting to the action, picking off shortly after where the last film left off. The first 20 minutes of this movie are a masterclass in action filmmaking, delivering some of the greatest action sequences ever committed to the big-screen. Parabellum is by no means the best action film. There are movies with better worldbuilding, characters, storytelling, or even all of the above, but there is an argument to be made that Parabellum contains the best actionwithin any movie. The action is visceral, hard-hitting and bloody. It has a sense of rawness and realism rarely found in action movies. You'll be so immersed in the authenticity of the action, that you'll forget to question whether or not what you're watching is actually real.

Not only is it impressive from a technical level, but the creativity behind some of the action sequences is absolutely incredible. If you told me an action sequence where the only weapon used is literally a book, could be compelling, I would've laughed you off, but this is one of the most inventive action sequences I've witnessed in a long time, and it isn't even the best action sequence in the entire movie. The director, actors and stunt-people behind these movies constantly awe me in what they're able to do. I want to say there's no way they could possibly top these action sequences in John Wick: Chapter 4, but at this point, I no longer want to underestimate these craftsmen.

The use of colour in this film is also terrific, further adding to the dazzling nature of the action sequences, and further demonstrating how this franchise has evolved from the 1st movie. The sound design is fantastic and further adds to the hard-hitting action in the movie.

It's a foregone conclusion that the selling point of the John Wick movies is, above all, the technical aspects. So how well do the other aspects of the movie hold up? I've always said Keanu Reeves is not a good actor when it comes to expressions and line-delivery, but he absolutely feels at home in this movie.

I can't imagine another actor who could embody the character as well as he does, and fit into the world of John Wick as effectively as Keanu. Not only does he carry a significant load when it comes to the authenticity of the action sequences, but his hammy acting, which might feel out of place in another movie, fits perfectly within the tone of John Wick. A similair thing can be said about Halle Berry, and her role in the movie. I'm not entirely sure how good of an actress she is outside of my exposure to her in X-Men, and although she delivers an overly-theatrical performance here, she owns every single second of her screentime with her charisma, and her chemistry with Keanu in this movie is insanely watchable and fun. One of my biggest gripes with the movie is that we didn't get more of her, but she owns and makes the best out of all of her screentime.

Besides the technical aspects of the John Wick movies, the most impressive aspect is perhaps the worldbuilding, and how effectively these movies build a three-dimensional world not through exposition dumps, but instead masterfully through dialogue, in-universe rules and logic, interactions between characters and fictional locations, and this movie does so just as well, if not better, than the other two movies in the franchise. A part of this is the introduction of new, great additions to the franchise, such as Mark Dacascos's Zero, and Asia Kate Dillon's The Adjudicator. One of my biggest gripes with the John Wick franchise is that great characters, such as Alfie Allen's Iosef Tarasov, Common's Cassian, and Ruby Rose's Ares, don't return in future films. It's something I hope the franchise gets improves in the future.

The ridiculousness of John Wick is a part of the appeal. It's fun to suspend my disbelief and embrace the craziness. But in this movie, it does get a little too far at times. The plot armour John Wick has in these movies borders on senseless, and the extreme lengths they go to make him, and other characters in the movie, nigh-invincible, takes away from the sense of stakes and urgency in these movies, which is odd considering the viscerally of the action. The movie drags in parts in the 2nd act, where the focus is less on the hard-hitting action, and more on the less than compelling, occasionally unengaging story material, but thankfully, the movie starts with one of the best 1st acts in an action movie, and ends spectacularly.

The John Wick franchise has grown into one of my favourite action franchises, and Parabellum is the peak of the franchise. It is the work of a filmmaker who knows exactly what movie he's making: an adrenaline filled, nail-biting action movie, and director Chad Stahelski delivers in spades, with some of the hardest-hitting, visceral action sequences ever put to the big screen. Because there are more available movies, TV shows and forms of media than ever before, it's becoming increasingly more difficult to create something that truly wows audiences, but several moments of this film, particularly in the 1st and 3rd acts, had my jaw in the floor.

It isn't perfect: it drags a little in the second act with some lacklustre moments, the plot-armour and writing is too far fetched even for this franchise at time, but when the movie hits it's stride, it soars, and is an experience that must by experienced in cinema. Seriously. If you're at all interested in watching this movie, please do yourself a favour in cinema, because watching it at home just won't do it justice. You can count me in for John Wick: Chapter 4 on opening weekend.