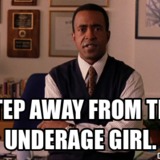 My (Very Blunt) Thoughts on "Renew Your Vows".

Even though it's around seven/eight years in the making, this story shouldn't even exist in the first place. Not if Marvel didn't f@#k up like they did, something I doubt they'll ever openly admit or those responsible. I don't think the story will be genuinely good, but it will serve its purpose adequately enough. I'm worried parts of the story are going to feel rushed or even unjustified at some points, but I am interested in who will be handling artistic duties, as enjoyed the preview piece by Kubert.

I am looking forward to seeing things return to the way they were, but honestly, why bother? The 616 Spider-Man continuity is so convoluted it's only a matter of time before Marvel decide to reboot the entire 616 Universe or discontinue it in favor of a new line of titles set in a new universe. If Slott can nail the dialogue at least, (which lets face it, isn't going to happen (ever)), then "Renew Your Vows" should be a decent read (but again, I highly doubt it).

*I will eventually edit this blog when my review arrives*

2015 a more promising year for Spidey?

As Dr. Doom said in that first terrible Fantastic Four movie: "Two down, two to go."

What that means is not only is that awful Ultimate Spider-Man animated series getting the axe, but the equally mediocre Webb movies are most likely facing a reboot of some form. (A reboot to a reboot, what has this world come to? lol)

Anyway, 2014 was just another year to be disappointed as a Spider-Man fan, I shouldn't have to provide examples but I will: Amazing Spider-Man 2, (both the movie and tie in video game) Whatever your opinion on both is you can't deny they both under-performed critically and financially. Ultimate Spider-Man the animated series = Garbage (How that show has a 7.1 on IMDB is beyond me, because that is actually a solid score). Yeah it was good to see Peter return in the Amazing Spider-Man comics, but again, bad.

If you like any of those things above, that's fine. I don't like to judge other peoples opinions (even if they are just plain wrong lol). I will say this though; I have never seen a fan base this broken and divided, because many fans are easily satisfied with the mediocre content being produced all around and because we aren't asking for any improvements, the utter crap we received this year and for the last seven years will be exactly the same if things don't change. (Yeah I know there are some exceptions e.g: Spectacular Spider-Man tv series and Ultimate Spider-Man (comic) etc.) Now, If the general consensus of The Amazing Spider-Man 2 is it's mediocre than I'm pretty sure that makes it mediocre, the same goes for the games, tv series and comics.

(I get that it's going to be hard to trust the words of a user whose last blog was titled: "In defense of SINS PAST". But if you're still reading try and hear me out lol.)

Usually it's three strikes and you're out, well I counted four in my book, Spider-Man has failed in all four mediums this year; movies, comics, tv and video games, once again leaving myself unsurprised.

But just recently we've now heard talks of a Spider-Man animated series being developed by Christopher Miller plus Phil Lord and Marvel possibly obtaining the creative rights to the Spider-Man in film. (I really don't know the whole story about the Sony email hack debacle so I apolagise If my facts above are inaccurate.) Now that the movie and tv side of Spider-Man have a chance of seeing improvement, this leaves me wondering the fate of Spider-Mans video games and mainstream comic series, hence the the quote: "Two down, two to go."

Clearly all four mediums need to see immediate improvement to uplift the standards that have severely degraded over the last decade. If you had the patience to read through all that, maybe you might agree with me, maybe not.

In Defence of SINS PAST

This is going back many months, but I read a Batman Beyond comic where it was revealed Batman banged Batgirl (without Bat-condoms and possibly without Bat-lube lol) which got her preggers and stirred up a lot of controversy. It's unrelated to the story line I'm about to talk about but it did remind me of it. So it's been about ten years since Sins Past was released and they say time heals all wounds well not this one for many fans.

First off before I begin, I want you to know that I get the hate for it, but the story as it is doesn't bother me, why? Well I was never a Gwen fan to begin with, she was waaay before my time, so I never really cared for her. To me it was always Peter and Mj.

Could the story have been improved? Absolutely, without a doubt. From what I could gather editorial had an influence on the story and creatively restricted it. Originally, writer JMS wanted Peter to be the father of Gwen's kids but some 'genius' up at Marvel decided against it as it would 'age' him. Now I just want to stop and think for a sec. That 'Renew Your Vows' stuff just got announced and it looks like not only is Peter getting back with Mj (bout time) but he now also has a daughter. I'm sorry I just had to point out the HYPOCRISY of it all. (I do understand there are different Editors today, but still)

So yes, Peter was originally intended to be father, would it have made the story any more bearable? I think it does, definitely. Some people wish this story was just scrapped to begin with, again I get it, it's probably what I would've done. Or; they could have initially made Peter the father, than had Osborn alter the genetic code of the babies so it was like Peter was never the father, so the children carried the DNA of Stacy and Osborn. I know, this idea sounds absurdly ridiculous but that's the beauty of writing you can sculpt your stories around these problems but unfortunately they didn't and we got stuck with Daddy Osborn.

Sins Past on paper is a TERRIBLE concept don't get me wrong, but it was executed well enough that it makes it as bearable as possible, at least imo. The dialogue is strong, the characterizations are authentic (except for Gwens lol) it's emotionally compelling at many points and has some good action beats. Relationships are what this story did well and no, I'm not talking about Gwen and Osborn lol. The potential strain on Mj and Peter's marriage is acknowledged, their loyalty and honesty is tested to the extreme along with Peters trust and confidence in Detective Lamont to ensure complete discretion during a very personal time.

I honestly believe this was better written than most Spider-Man comics today (in terms of dialogue and characters portrayals, not the actual plot) and would gladly read this over that 'Alpha' story line or Superior Spider-Man. Yeah I'm serious, would you rather read a sh!tty 6 issue story or a sh!tty 33 issue story?

I also find myself extremely biased when it comes to this topic. JMS is easily my favorite Spider-Man writer of all time, if this story was by any other writer I would be tearing them a new one right now. What I wanted to get across is that the final product we received was heavily tampered with. I do believe this story had the potential to be good or at least better, if it was done as originally intended.

(At least the art was top notch lel.)

My first blog entry and probably my only one. I'm also plan on adding pictures, eventually.

If you can find the patience to read through this you might find yourself agreeing with me.

You can't deny the dramatic decline in quality in such a short time frame.

Why have I used 'Pre' and 'Post' 2007? Because 2007 was the worst year in the history of Spider-Man, the year everything went wrong. Think about it, what came out in 2007? Spider-Man 3 and it's equally terrible tie-in video game. But wait, it's about to get a whole lot worse because we now have the main perpetrator: One More Day. I won't talk about which one is more horrible than the other, they're all a disgrace. What I know is they all contributed negatively towards the character.

I'll admit there have been some exceptions since 2007, with Spectacular Spider-Man the TV series easily being one of the best Spidey adaptions I have ever seen. But what did they do it? They cancelled it of course. Another has been Brian Bendis' Ultimate Spider-Man, a series that has been consistently great for almost a decade and a half. Everything else in my eyes since then has been garbage.

You want an example of a company doing justice towards their flagship hero? DC and Batman. In recent years fans received; Chris Nolans' Dark Knight Trilogy and currently Scott Snyder is continuing his incredible run over on Batman Vol.2. Next year will also see the release Batman Arkham Knight, Rocksteady's final installment in the amazing Batman Arkham series. Batman has also faired quite well with television recently, not as well as his comics, movies or games but who can ask for a worthy successor to Batman TAS? All the media I just mentioned have all received critical acclaim and they aren't just the best of their comic book genre they all rival other original works.

Why are all these things so good? Because DC have entrusted their greatest hero in the hands of talented, competent people who know what they're doing, who understand and care for the character.

Spider-Man once had that, but not anymore. The character has no strength in any of its four mediums and is just a brand name now, (even that has deteriorated to an embarrassing degree.) We now live in a world where Captain America makes more at the Box Office than Spider-Man, that simply would not have happened 14-10 years ago.

Do I have a solution to this problem? I do. It's simple; Replace video game developer Beenox, Slott, Produce a better sequel to the Amazing Spider-Man 2 or reboot it, I don't care. As for Ultimate Spider-Man, I already heard that it was getting cancelled, so that means one down three to go.

And that's about all I can think of right now. The title said it all really, and that's whats going to happen soon if it hasn't already.