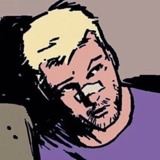 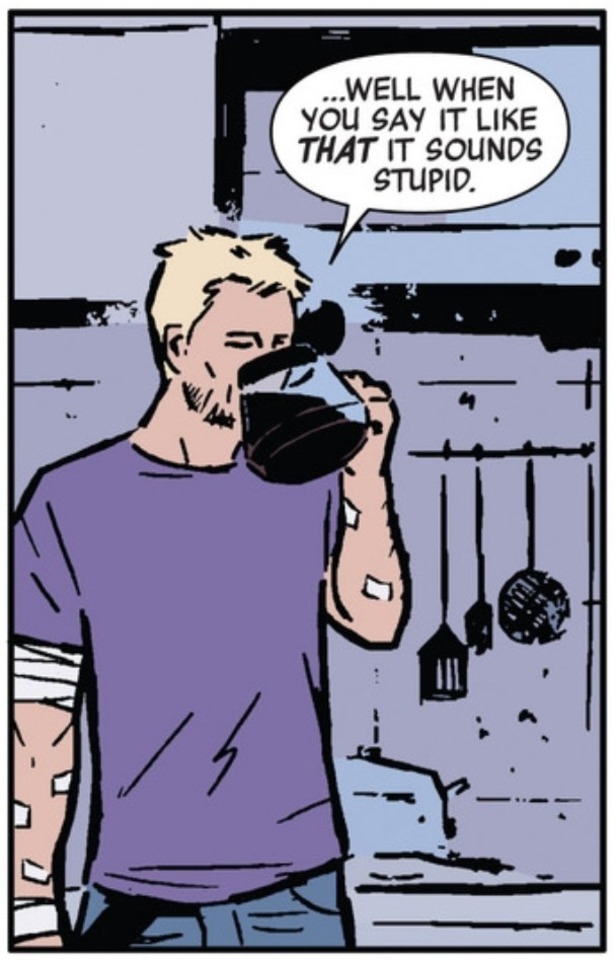 Base of Operations: His apartment

Dave more or less has an average and simplistic ethical philosophy and world view. He stands behind the concepts of basic human goodness and compassion towards others and himself, core beliefs that he holds as extreme motivation for each of his actions. He is a firm believer in the eye for an eye principle, and will actively battle against any person or entity that he sees as being morally unjust. But not an aggressor by nature, he prefers nonviolent methods.

Born to a mother who gave up her life so that her child could live, David was a person who had always seen himself as being a person of an unfortunate existence. Despite his, his father caring him nevertheless, he would take the blame for the death of his mother, a belief that he would carry for years to come. It wasn't an easy life to live, especially when growing up Toronto, a part that has often been considered somewhat crime ridden within the city. In order to survive was taught at a young age that anyone, especially people like himself, could be killed off as if they had never even lived. As such, he would be trained to life his life as if he could be killed at any moment, which came by the way of self defense training. But his father, being an veteran soldier, wanted more. So he would make it an annual tradition to take him out into the woods each Summer since he was four 5 years old in order to teach him how to survive in its most basic way.

His life back at home however was far more simplistic, or at least as it could be within the world that he lived in. Growing up in a middle class neighborhood and his retired father living nothing a spectacular life, David didn't have a magnificent childhood by any stretch of the world. Little more than basic school days and a mundane social circle. In fact, his twin sister, Anna, was one of the few things that he took great interest in most of the time. She was in his eyes a ray of hope in an otherwise hopeless world. So when she lost her life so early on due to a boating accident, the events of that day would at an unfathomable only the entirety of David's life. With his social life deteriorating, grades dropping, and quality of life dive bombing, one of the only things that he could think of to cope was to train. His father, had been hit just as hard as he had, but given then man that he was, it wan't long before he took up the same coping mechanism as hi son.

What started off as rudimentary exercises of how to track animals, set up traps, use natural remedys, and such, would later become a much more grueling process. His father would teach him how to hunt, as well as how to be hunted, which would lead to days on end of stalking through trees, rocks and ponds by the very man who had raised him. A game that was a literal matter of life and death. It was here that David began choosing his own weapons, finding a bow and arrow to be comfortable weapons in his hand in the game of survival. He would hone his skills and focus his mental energy into his accuracy, as well as his basic senses. Pushing himself to the limits of absolute human capability, and even managing extend pass them. This yearly ritual would go on until he had turned 18, where he would go off to study abroad in an attempt something of himself through further education, never forgetting the life lessons that he had learned.

His days of further education weren't always thrilling, in fact furthering his training had become of the few things that he looked forward to. But one other thing that had held his interest was one of his personal heroes in the form of his cousin, a person who not only served as an inspiration those who have lead unremarkable lives, but also as a beacon of hope for an otherwise dreary existence. Like his cousin, David aimed to be hero, which took the form of him applying a for military training, being kicked shortly after. Having little luck in the means of applying for similar role in the form of a cop or firefighter, he would move to Gothic City and took up the occupations of being a bartender and photographer. This less than fulfilling life only fueled his desire to so more, while lacking the powers, intellect, and resources to do so. So with only limited skills and weapons at his disposal, he set out on his crusade of making a difference.

David possess no inherently superhuman abilities, but rather, relies on raw talent and sheer skill that may appear to be otherworldly.

Every year since he had grown old enough to physically handle the load, David has been trained to both both enhance and manipulate his body and mind in numerous ways that would allow him to effectively survive and overcome any feasible situation that he would find himself in. This would come through a series of rigorous practices that would push his physical and physiological states respectively to their absolute limit, and passed them, through a wide variety of realistic training exercises. Having most expertise done in the woods, adaptability would be key to his survival, which meant be forced into having to learn to study and analyze any and all environments that he was in and then practices varies methods of ingenuity and resourcefulness through the means of gathering and utilizing all that could be found to aid him with whatever goal he needed to reach, be it creating tools, weapons, etc. Fluidity would become primary nature. Stability as second.

While be stranded into the middle of a forest or swamp will little to no resources would teach him to adapt to his location, what was even more efficient were physical effects of his environment. Being left for weeks on end without easily accessible clean water sources and edible organic substances, had naturally molded him into beast that could operate at full capacity for days merely by snaking on the insects, berries, and various other forms of wildlife that he managed to get his hands on. Survival through adaptability, which lead to enhanced resilience, both physical and mental. What would be even more efficient at forcing survival however would be that his source of nutrients would often being threatened by wildlife that sought to take advantage of his comparatively week being, which was often achieved through notable physical damage. But left without access to any high end or even modern medical aid would force David to endure the punishment, sometimes with the added weight of carrying logs, all for the sake of muscle and bone strengthening.

Endurance through willpower was key to everything, particularly, to manage pain and build a fortitude towards it. While his body would simple have to learn to cope with the damage being done to it, it was his mind that would need learn to persevere in the face of suffering, which would naturally build blocks to pain that would otherwise be a hindrance. But in order avoid suffering, David learned to properly traverse the environments that he was placed in, be forests or a mountain range. As such, he would himself diving intensely in practices of acrobats in order to increase in his body's mobility, taking up parkour and freerunning in life or death situations. The result would be an extreme increase in muscle flexibility, bone strength, speed and agility, as well as lower and upper body strength. Furthermore, the frequency of such came with the added gain of stamina that would allow him to operate for peak capacity for indefinite periods of time.

But above all else in his training, David's mind would sharpened to focus, on himself, as well as everything that around him. But what would be needed to was the ability to hone his self-awareness as well as senses in order to optimize. Hunting was one primary way of achieving this. He would go on for days stalking prey, practicing breathing techniques and movements of subtlety in order to increase efficiency and effectiveness, but it did not stop there. He would go onto hones his senses in an attempt to rival that of the beings that he stalked, practicing exercises to strengthen each physical sensation. Smell, sound, sight, taste and touch were all enhanced by matter of focus an the plethora of diverse and powerful sensations that he was constantly exposed to. But furthermore, his own personal practice of mediation and attention to his senses have increased his spatial awareness and reactivity to external stimuli have made him almost supernatural environmental awareness and knowledge of his body's most minute workings. Resulting in an animalistic symbiosis between mind and body.

While unknown if it's true cause was developed through grueling practice or divine blessing, the fact of the matter is that Nomad is, to say the least, a master of the skill of archery. Being a person who has practiced the craft as his main weapon of choice since childhood on the daily, he has sculpted abilities with the use of the object that rival that of the world's most capable archers, on every front of what would be needed to excel at the practice. One of the trade marks of his particular ability to use a bow being the rate of which he can draw and fire an arrow, being able to pull it from his quiver, laying it onto an arrow rest, and firing it in the span of 0.3-5 seconds. A skill that can be easily described as being something akin to superhuman. Because of the amount of time having spent mastering this ability, and its use on

Mortality: Can be killed by just about anything.

Breathing Difficulties: Due to suffering from asthma, David at times has trouble breathing without the use of an inhaler, which can be worsened by excessive physical activity.