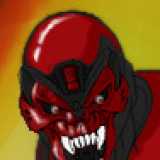 Mutants, genus “Homo-superior”, have always had the responsibility of how to use and the control of their powers.

In an ideal world we would co-exist and eventualy interbreed until homo-sapiens were bred out. This is a view of a world were

mutants have become icons, leaders, entrapenures, and of corse there will always be villians.

X-gene bloodpills, where upon ingested the user gains that power for several hours, then it fades away without sideeffect.

to the mutant and non-mutant populas.

In the everyday world with mutants they use their powers where they are needed but can’t help trying to find new applications for their gifts. Those mutants with healing powers are doctors and all kinds of physicians. They treat those with ailments that go beyond the help that the X-gene(Purifier & Regenerate) pills can quickly fix.