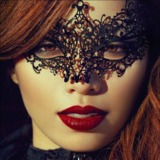 It all starts with adult cyclops almost dying for the millionth time......Triage is in a coma, and there is no other healer available.

"We cant let him die" says teen jean grey, "I wont let it happen". Jean remembers when her best friend Annie Richardson died and jean thinks she could never watch another friend die(tears falling down her face). Jean now uses the phoenix force to heal him but jean grey sees something dark in him. Its something evil called the void. Jean grey touches the black box and the void goes in her. She turns to pink so the void cant hurt her and cant control her. She has to stay in the pink for awhile.

Several days later.....While training with Emma Frost, Emma asked " Where is the void in your mind, Jean dear. Jean searches her mind and sees something she never seen before. A gold door with the symbol of the phoenix on it. The void went inside but jean can read a warning on the door that goes something like " whoever goes through the door and goes to the last level(there are three levels), will get the power of the phoenix" Those who fail "die in the real world too." The void fails and is perished once and for all. "I think we should try the phoenix trials of the mind to find out the secrets of the phoenix once and for all" Jean announced proudly. Emma had a stern look on her face.

Ahh what was that???(she thought). Oh now there is bright lights and little freckles of every color from far away. Its so beautiful. Something is pulling me toward a big bright green and blue globe. Falling into a strange, clear liquid. Gets out of it and is dripping wet. Sees alot of white stuff and its cold to touch and melt in your warm hands. Dont have a word for it yet. Looks around but sees nothing else. Walks straight ahead towards the big bright thing in the sky. Feels like its getting darker and colder. Looks for a place to get warmed up. See a hole in a big, tall, dark place. Runs towards it. Its even more darker in the cave and not much warmer. I wish there was a way to light up the room as she slips on a rock. Shes sits there in the dark for hours getting angrier, hungrier and colder. Finally she cant take anymore, so she closes her eyes and falls asleep.

cancelled this should not excist