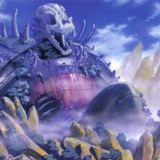 Yes I can see it

@anthp2000 Insightful as always, great review, I was surprised by your final score though, expected higher.

Great Job, I fee like it's been forever since the last time I seen a post of yours.

@jedixman: Zaheer was the least skilled out of the group. He acquired airbending for a few weeks, so it makes sense that all 3 of the rest would be better, that they are.

Dodging out a poisoned dying Korra till she well, dies on her own is as impressive as it can be. It's not something the people above him couldn't replicate, and it's mostly useless against a healthy, competent opposition.

Bottom line is, Zaheer lacks the versatality, speed, power and all around the showings to suggest he's on par with his teammates, let alone benders above.

Facing Tonraq and Kya (the latter which I don't even consider such a credible feat for him) is cool, but the one single time he went up against a master bender of the highest calliber, Tenzin, he got trashed and was running away. This speaks on its own for the most part.

Now that's not taking credit away from Zaheer. He's an amazing prodigy and one of the best there are in just a few weeks, just not comparable to the best benders imo.

So everyone you have listed above him can evade Berserker Korra that long?

@anthp2000 Nice, obviously there are a few things I would disagree with but overall nice read.

Looks like it's her, though the helmet makes it worse, but I'm pretty sure that's Zelda.

Edit: Wait no, I think the one with the cables is a dude. Still, I'm pretty sure that's her voice.

That was definitely a guy doing the cables. But the woman grunting when hit could be another female guard.

Hard to track Kuvira after Ghazan creates the moat.

Is there any actual evidence that Kuvira fought Zaheer? I haven't seen any and the wiki seems to agree with me.

Great work on that.

Lol jk. What was it?

It was rough notes for future CaV's that @darthfallax so rudely exposed.

OMGGGGGGGG THIS IS SUPPOSED TO BE PRIVATE!!!!!