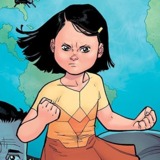 I will protect those who cannot defend themselves

Tassiana is the fourth and youngest child of Ziccarra Liafador but is the first out of four to go through a natural birth. She was born in Malaga, Spain. For the first year of her life she lived with her mother and father as they eventually moved to Madrid after her sister, Catalina, destroyed Malaga. During her life in Madrid, Tassiana's powers awoke and it was found that Tassiana was able to absorb different types of energies, store it and use it for her own will. This energy, upon being used, has a blue color to it, however it is unclear if it's blue because that's just what the color is, or if it's because she actually makes it blue due to it being her favorite color. The use of her powers she called "Boom". Her powers first awoke when her family was together at a ice cream parlor in Madrid accidentally destroying the interior. Her brother, Leonel Pettis, took Tassi to see a real Blue Star, which she thought most fascinating thing she had ever seen. That is one of her top favorite memories.

Shortly after visiting the blue star, Leo bought her an albino German Shepherd which she named 'Star' due to the puppies eyes being blue, just like the star Leo took her to go see. The two have been inseparable since. Star isn't just her friend, but her brother and is willing to do anything to protect him, including putting herself in harms way. The two have their own special language with each other which only they seem to understand. Tassi can be seen speaking to Star as if he was not only understanding her but also responds to her.

Star doesn't have any special abilities of his own, he's just a simple puppy living in the world of God and Goddess.

The Day Mommy Got Sick

One day mommy was sick. Tassi was coloring in her play room. Everything was perfect. Daddy was home, mommy was home Star was in the room with Tassi. Then mommy came in. She drew a pretty picture and when mommy came in, Tassi could feel something was wrong. She felt... something 'ew' with mommy. It was then that mommy tried to cut down Tassi with a sword. It was then that her father came in and took her away before harm could come to his child. She never understood what happened to her mother, she just knows that her mommy was sick.

Not long after Mommy got sick, daddy left and left her under the care of Zeon Liafador, the Matriarch of the family. Zeon was very protective of Tassi and never allowed her to be out of her sight. But if she had to step away for a moment Tassi was always surrounded by White Cardinals. While she was never good with children, Zeon took to Tassi very well. She even took it upon herself to begin trianing Tassi in the ways of the White Cardinals. Or at least as much as she could witha two year old. Everything was going well. Until Yaya got sick.

The Day Yaya Got Sick

There was a day when Yaya (Maya) got sick much like mommy. Zeon had to go away to try and stop Yaya leaving Tassi with the White Cardinals. The world had become chaotic as Yaya began attacking the world. One by one the White Cardinals were pulled away until only a couple were left to watch over Tassi. It was then when another sibling came for her.

Lets Be A Family

One day while at the family winery, Catalina came to Tassi and askedher to come with her and live with her. To be a family. Tassi couldn't say no and took off with her big sister. Catalina stepped into the role of guardian naturally as the two roamed the Earth together. Going from location to location, simply surviving. Each of them being the other's stronghold. The relationship almost become mother and daughter like. Then... mommy got better.

Mommy Died and Daddy Is Hurt

Mommy got better and Catalina took Tassi back home before she went off on another adventure herself.

Tassi is able to absorb energy and use it to her will. From distributing energy blasts to augmenting her own abilities. There is no limit to what Tassi can do with the energy.

Notable things Tassi has done with her abilities

Find a particular person by focusing on their energy, no matter where in the world they are and teleport them to her

Tassiana is able to absorb various forms of energy, while removing it from the source, into their body and use it in various ways, such as enhancing themselves, gaining the drained power, using it as power source etc. Each effect however, is only temporary until she uses up that energy, which she can store inside her body for years at a time. There is no limit to what kind of energy The Sapphire Cardinal can absorb. Studies of the Sapphire Goddess estimate that she has enough housed energy to easily destroy Earth with little effort but is it unclear exactly how powerful she is due to her passive nature.

Capacitor: The most simple method of storing energy for later use, Tassi is able to store all energy into the cells of her body through the vacuoles. However she is not limited to the estimated 37.2 trillion cells the human body has. If she absorbs more energy than the cells she has at that moment, her cells will quickly divide to be able to hold more and as the excess energy is released, those cells will die off.

Energy Affinity: Tassiana is able to become physically stronger, faster, more durable, etc.. by converting her stored energy to effect her on a physical level.

Energy Transferal: Tassi can take her own energy and transfer them into someone/thing else. This can be giving energy to a person who is physically exhausted to doing something more simple like charging up a cellphone. If it uses energy, she can transfer her own into it.

Energy Attacks: Tassi can release/use energy to attacks of various shapes and/or intensities, either projected, used as a part of melee attacks, etc., from huge rays of pure energy that can knock over or even obliterate dozens of targets, or slightly singe them.

Force-Field Manipulation: User can create, shape and manipulate force-fields, a field of energy without mass that acts as a matter/wall, so that objects affected by the particular force relating to the field are unable to pass through the field and reach the other side. Tassi can use this to create a protective dome around her to protect herself to creating a wall large enough to protect an entire city. She is able to control who can and cannot pass through the field. The only way to take it down is to either have Tassi remove the shield herself or to render the Goddess unconscious or dead.

Chronoportation: Tassiana can travel and/or send others to future/past by manipulating temporal energy flow.

The ISRG (International Sapphire Relief group) is not Tassi's Cardinal team but a group of individuals that help with the evacuation and assistance in aftermath of battles that are held in populated that leaves disastrous outcomes. This was created by Tassi in order to help the citizens of cities who are caught in the middle of a battle.

The ISRG focuses on four core areas- medical education and training, surgical and clinical outreach, building healthy communities and disaster relief that combine short-term relief efforts and long-term programs to save and change lives. Tassiana is heavily involved in the ISRG and has held numerous amount of fundraisers to assist with reliefs and even gets involved in relief missions herself. Some people believe that this is Tassi's Cardinals, but they are not.

Tassi uses the butterfly as a symbol for the ISRG, when asked why a butterfly her response was "We use a butterfly because it is known to represent endurance, change, hope, and life, all the things I hope this groups helps with."

Unlike the other Cardinals of the family, the Sapphire Cardinals are made up of only women. Most of the women in the group come from countries where women have little to no rights or protection. Some of the girls even come to the group as infants from countries where baby girls are killed because of the want for a baby boy. The girls are trained in several different forms of martial arts and are trained to use two primary weapons. While Tassiana doesn't like to kill.

CVbU Tassiana is the end result of Tassiana being raised by Zeon. After the death of her mother (Ziccarra Liafador) and the disappearance of her father (Thee Champion) and her siblings, Zeon took it upon herself to raise the youngest Liafador. Because Zeon wasn't blessed with the powers of a Cardinal Goddess or New God, Zeon trained Tassiana the best way she knew how, to be a Cardinal Warrior.

Armed with the powers that come with being a New Goddess/Cardinal Goddess hybrid, she is now also a deadly warrior in hand to hand combat and is a life long swordswoman. 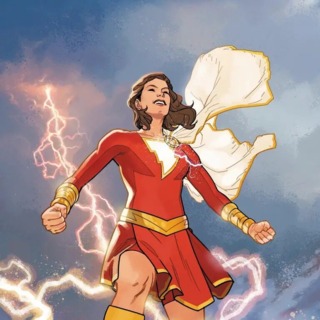 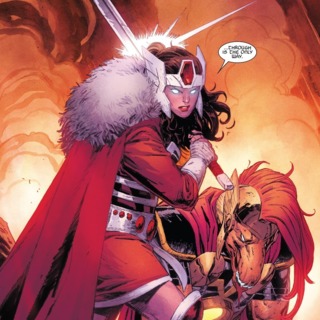 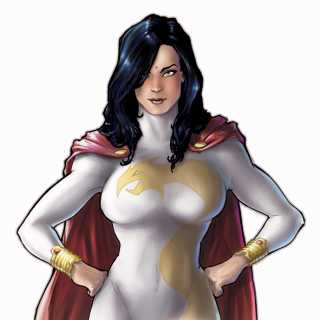 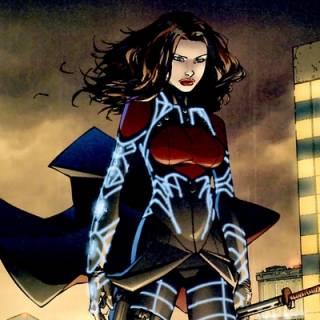 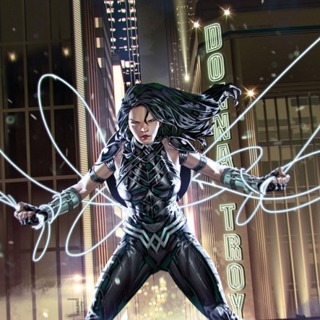 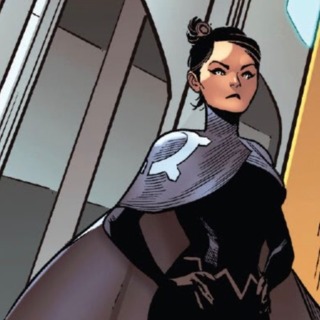 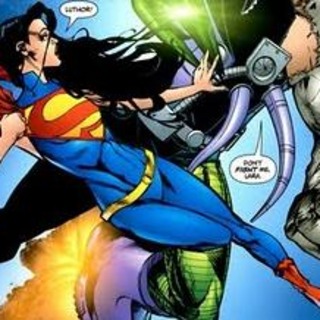 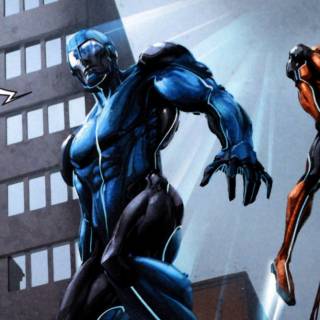