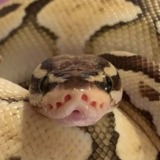 Iron Man is fodder to Thing

Thing has always been a consistent superior to Iron Man (in any of his standard armors). Thanks to @noone1996 and @toratorn for the scans, I really appreciate it.

Obviously this thread is a parody/response to this shithole of a thread. At first, I actually thought this thread was pretty funny. It's obvious satire and it's clear that no experienced user on Comic Vine actually believes that Iron Man is a high-tier. Even those involved in making this thread don't actually think Iron Man could beat Thing in a random encounter. It's meant to poke fun at or troll Thing fans. However, when you take a deeper look at some of the feats, this isn't just a comedic or unserious wank fest of Iron Man at Thing's expense. It's disguised as harmless fun, but the anti-Thing sentiment/disdain is real. It's a disrespect or anti-feat thread covered up with a Iron Man cloak. The Thing hate is very apparent. Just looking at the replies in the comments, and seeing users actually linking this thread as evidence of Thing's inferiority, has shown that a lot of people just didn't get it. As a result, those involved in compiling this thread, just went with it. Instead of treating it as the joke it is, they doubled down and pretended like it was a legitimate analysis instead of admitting it took them 30-40 minutes to make or that it was just intended to piss people off. Now inexperienced, ignorant, or naive users are directed there and they don't know any better.

Ben No Sells a bullrush from Iron Man:

Iron Man knocks himself out when he accidently collides with Ben, while Ben was still conscious afterwards.

Bloodlusted mindcontrolled Iron Man can barely hurt Ben and gets restrained casually (and before you claim that he was still out from Hawkeye's arrow, we already see him squirming and trying to break free in 4th panel):

In the same issue Ben knocks out Super-Adaptoid with combined powers of himself, Vision, Mar-Vell and Iron Man:

Tony in experimental armor that was going berserk can barely hurt Ben, has his punch no sold and is casually restrained:

A Skrull who stole Iron Man's armor and was intent on murdering everyone can't even scratch Ben with double repulsors:

Berserker Subterranian Armor can't even hurt Ben with a hit:

Stomped off-panel by Ben who was holding back :

Same War Machine who could barely do anything to Ben a couple of issues before:

And that's not mentioning how Iron Man on multiple occasions performed worse against same opponents than Ben did.

Like the multiple times he couldn't do shit to Wonder Man, even admitting to be inferior to him:

And got stomped by him twice (by having Wonder Man destroy his armor and two-shot him respectively):

Same goes for other Iron Man armors, like when Simon off-paneled Iron Patriot, no sold everything War Machine threw at him and was destroying multiple IM armors at once while no selling their shots:

And even in his absolute best showing against Wonder Man, Iron Man has said that he "can't take much more of this" after getting hit by Simon a total of 3 times:

Tanked every hit from bloodlusted mind-controlled Wonder Man on other occasion and fought him back while, once again, holding back and trying not to hurt him, and Wonder Man still complained that he felt like he was "playing catch with a cruise missle" and needed aspirin afterwards:

And of course, tanked a hit from Wonder Man who was at the peak of his strength and was not thinking clear, and was only annoyed somewhat:

Or that time when Iron Man couldn't scratch Rhino, admitted Rhino could take his punishment for a whole day, needed to use all of his strength just to hold him in one place and still only beat him by suffocating him:

Or when Iron Man needed 30 minutes to defeat Rhino while aided by Captain America:

The same Rhino whose whole body was aching just from one blow from Ben and who got casually overpowered by him in two panels:

And same Rhino who was beaten by Ben in 5 minutes:

Or that time when Iron Man's Hulkbuster armor was casually ripped apart by Immortal Hulk:

The same Immortal Hulk who Ben tanked a beating from for 90 minutes before eventually knocking him out:

Or that time when Iron Man was stomped by Grey Hulk (2 times in fact - casually overpowered and one-shot):

The same Grey Hulk who Ben wrecked in their first fight, and who could only win by tiring out an already exhausted Ben, using trickery to constantly sucker-punch him for an hour and half and almost drowning him (Fantastic Four #320 - Incredible Hulk #350). And the same Grey Hulk who, while bloodlusted, couldn't do shit to She-Thing:

Who in turn just has a weaker version of Ben's powerset, has admitted that she's "nowhere near as strong as Thing" and got stomped by depowered Ben (who was wearing a suit that restored 90% of his strength) in a couple of hits:

Or that time when Iron Man couldn't KO Bi-Beast and needed Thor to finish the job for him:

Or that time when Iron Man got stomped by Trapster glue, had his armor damaged and needed help to rid himself of it:

While Ben had the superior version of said glue literally poured down his throat and all over his body and just flexed it off:

Or that when Iron Man was getting ragdolled by Absorbing Man and could barely stand:

While Ben took several hits from Adamantium Absorbing Man before defeating him:

Or that time when Iron Man couldn't even scratch Doom's forcefield:

Even with help from Wonder Man and Magneto:

And again, can't get through shields of Doom's outdated armor:

and again, with continuous repulsor barrage...

while Ben could stun Doom through his shields back in classic times:

And shattered them with two punches in modern times:

And of course, Iron Man can't overpower Doom and has his strongest blast pretty much no sold:

Can't overpower Doom, even with repulsors firing from close range:

That's what happened right after, if you're curious.

Tanks getting slammed into wall with no damage and one-shots Iron Man with a blast:

No sells a hit from Iron Man:

4 hits from Doom's outtdated armor and Iron Man "can't take much more of this":

No sells double repulsors (but is KOed by cause unrelated to Iron Man):

My favourite one: IM can't do shit to Doom even when assisted by Thor, Giant-Man and Captain America:

Doombot stalemates Iron Man in a beam clash (reminder that Doombots are identical to Doom's regular armor, but weild only a fraction of original's power):

While Ben... oh boy. Tanks everything Doom throws at him, trashes his armor and breaks his arms:

No sells Doom's blast, overpowers him completely and was about to kill him... if not for outside intervention:

Tanks repeated blasts from Doom while not at his best:

Restrains Reed while the latter is wearing Doom's armor:

Reed wearing Doom's armor doubts his forcefields and armor can withstand an assault of being with strength equal to Ben's:

Ben tanks a blast from Hunger; in the same issue Hunger completely destroys Doom's armor with a single blast (and Doom was amped at the moment too):

No sells blasts from dozens of alternate Dooms:

Ben absolutely demolishes Dr. Doom who came from 75 years in the future, who had decades of prep and, in his future, faced Fantastic Four more powerful than the present one:

While he does get trashed in return afterwards, it was still a Doom more powerful than 616 one and who had decades worth of prep... and yet he was wrecked in a one-sided beatdown and needed 3 pages for his armor to get repaired to fight back, something he only managed to do because Ben was busy monologuing (pretty weird for a hero to make a classic villain mistake, but oh well).

And finally, a gallery of Ben one-shotting Doombots:

The scan from FF #246 is also relevant because that Doombot was more powerful than the real Doom, yet Ben still one-shot him when he stopped holding back:

Or that time when Iron Man nearly killed himself punching through a sphere made of 32% vibranium, 26% adamantium and 41% iron:

Or that time when Iron Man in Hulkbuster Armor couldn't even extract a grunt from Professor Hulk and at best could knock him off his feet. All while Hulk was barely fighting back:

While Ben was ragdolling him, made him scream in pain and dislodged his molar, as well as tanked his hits when Prof. was actually fighting back:

Or that time when Iron Man had his armor damaged by one hit from Wrecker (who was at the time sharing his power with the rest of Wrecking Crew):

His armor got wrecked even worse when he faced full power Wrecker, and he couldn't do anything to Wrecker with either physicals or repulsors and only won by charging his crowbar with magnetic force:

And on another occasion couldn't beat Wrecker who was sharing his powers with WC with repulsors or physicals, got his arm damaged by a single crowbar toss and only managed to KO him with Namor's help:

While Ben managed to tank a massive beatdown from Wrecker who had the full power of Wrecking Crew, overpowered him and knocked him out cold:

Humiliates Wrecker who may or may not have had the full power of WC after tanking hits from him with no damage:

As for Wrecker who is sharing his power with WC? Ben almost killed him once without any effort and one-shot on another occasion:

Or that time when Ronan no sold everything Iron Man threw at him, to the point he resorted to self-destruction:

Same Ronan who was hurt and screaming in pain after hits from casual Ben: