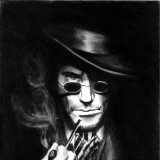 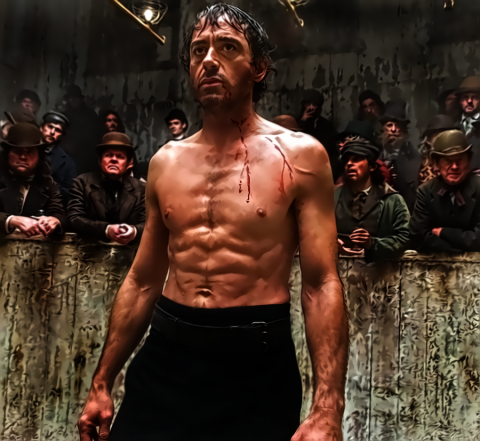 (It's a work in progress and I'll likely be editting, adding and such as time goes)

For the common man, Alchemy is now an obsolete pseudoscience, serving merely as a precursor to modern chemistry. Those more deeply invested in the craft, who have understood and practiced it to a more profound level of mastery understand it as the ancient metaphysical science (or mystical art, as some would have it) of manipulating and altering matter by using natural energy. The ultimate goal for most has always been the liberation of parts of the Cosmos from temporal existence and achieving perfection. That is, the creation of perfection. Perfect metals, fabric, or anything one might have. For a human being, perfection exists through the elimination of that which makes them imperfect; decay and death. Most alchemists exist and study for the ultimate purpose to circumvent death and attain immortality.

Many have tried. Almost all have failed. It’s been said, there are those who were able to achieve beyond the natural lifespan, a sort of limited longevity. Others attained spiritual ennoblement through some form of inner revelation or other enlightenment. However, there are no recorded instances of any alchemist attaining true perfection, and it’s widely believed this is impossible with normal human means. This is why alchemists seek the secret to the Philosopher’s Stone and the Elixir of Life.

While for most, alchemy has faded into obscurity, within the Rosenthal family line, for generations, exists a number of practitioners of the craft of alchemy. Even as most of the world moved away to other things, the family, perhaps foolishly, clung to the dying art, each pair of parents passing it down to their children. And within the family exists a tradition, passed down since a time before any of the current generation could ever understand. Every child of the line is to spawn as many offspring as possible, and each of these offspring will study and secretly compete with his or her siblings to determine the head of that line. And when the fighting is done amongst siblings, cousins will meet in the same manner. In the end, there can be but a single master alchemist. The others are either relegated to the rank of apprentices for the master or they are killed. A line of succession is decided upon, that in case anything should happen to the head, the second best is chosen to take his or her place and the best left available is still able to pursue the common goal of perfection. And of course, the true nature of all is to be kept secret to outsider.s

Of course, problems would arise if the nature of competition should get the better of any, that he or she become too competitive or paranoid and slaughter all his/her family for fear of assassination, or one should murder their siblings to attain a better standing, special stress is to be placed upon the fact that the ultimate goal is the benefit of all, and any apprentice would still be able to attain spontaneous promotion if he or she should make some magnificent discovery. It is not impossible, but the rank of apprentice surely makes it more difficult, being under and therefore forced to report to another.

The biggest fear is that a competition may commence amongst any number at any one time, so most often, members of the family will spread as far as possible from one another, each choosing his or her own path in alchemy, in life, to study in secrecy, in safety, and taking measures to try and keep track of the others’ every movement.

"When they’re out to get you, paranoia is only good thinking."

The youngest of the current generation, and perhaps the most diligent student. The youngest had to be, in order to make up for time lost since being “beaten” in the “race” to make it into the world. He was born in Manchester. Like his siblings, he was started on learning complex texts as soon as he could read. And when he came of age that he felt he could practicably begin competing, he chose to start in a Trappist monastery in Leicestershire, with the help of a family friend who would be overseeing him. The almost complete absence of chatter and the many hours devoted only to work and reading meant complete devotion could be given to his task.

He started with flame alchemy, often considered to be the most difficult and the most dangerous to learn and master.

He began by memorizing the basic canon of alchemy texts, literature, and formulae by heart. He spent months reciting atmospheric compositions, solving exercises based on changing weather patterns, and researching the fundamentals of heat in alchemical reactions. He studied humidity, water, fog, and snow. He was told to memorize the burning and boiling points of nearly every substance known to man, but it would be many years before he would ever actually perform a single transmutation.

The complete manuscripts for Alchemy once existed in a hidden text, disguised as nothing more than a book for those not immersed in the alchemical world. There, the code, key, and explanation of transmutation existed. With his master’s manuscripts and the notes which held the key, young Sam studied for years. Relying on the bare minimum materials, food and water, Sam cracked the key to the code, writing it in his own coded notes, and derived the perfect arrays for the control of flammable gasses. He constructed specially made pyrotex gloves for portable usage of flame alchemy and marked these gloves with the design. These allow him manipulation of oxygen concentrations in the air. Flames are created by raising the density to the point of a volatile oxidizer through a pathway, and the friction of the gloves causing a quick combusting reaction.

His current notes only elaborate on the necessary information he learned under the tutelage of his overseer, and without the code or the key, look relatively unrelated to Fire. They would do little good without the working knowledge behind the array.

The second art he picked up was that of water alchemy. As the name suggests, the code here related to that of water molecules, moisture in general, and overall, hydrogen as well as oxygen atoms, potentially used for more than just combustion. As with the flame, he has constructed special gloves marked with their own distinct design, but unlike flame alchemy, they need not be made of a special material. They allow him to tactilely or remotely manipulate and use any available source of moisture for any number of purposes. These purposes include freezing, boiling, or the direct manipulation of atoms. Though one might not expect it, prior understanding of the flame allowed for easier understanding in this as well.

“Alchemy itself, as well as this competition, is equal parts body and mind.”

In addition to studying in books on the natural world and the elements, Samuel was also reminded to train his body for the road ahead. To read about the elements is one thing; experiencing them is another thing entirely. To completely immerse himself, he travelled to different parts of the world, setting up campsites to do just that. Deciding upon the path of the flame alchemist, naturally, he set off to weather the climates of such places as the Arabian, Great Victoria, and finally the Sahara Desert, attempting gradually to build some sort of tolerance in hotter temperatures. Six failed attempts were made at ascending Mount Everest before a final seventh yielded success. Failures were attributed to such things as shortness of supplies, sickness, or otherwise being forced down by a crew when he was too weak to resist. Time in the Amazon Rainforest trying to bolster the body’s immune system and training in survival instincts. All the time, he took mental notes of environments, his body’s reactions, and steady gains made along the way.