I don’t kill humans out of hate. I kill them out of love." 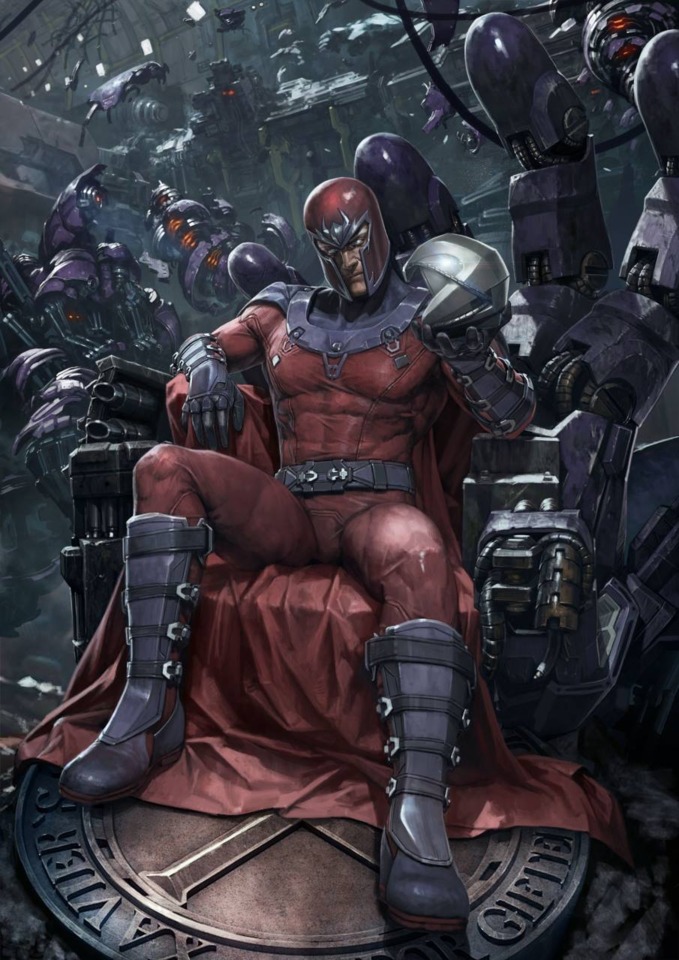 Son to one of the greatest telepaths to have walked the earth, the Devil's Heir was once in line to sit upon the thrown of the Utopian Mutant Haven, Venezuela, before Ivana destroyed his future with the flick of a wrist.

Thankfully, his conception happened three decades ago behind closed doors; doors which remained completely sealed to this day.

Given only a single letter as a name - X, to symbolize both his genetic gift and his fathers lack of love or affection, disregarding X as a mere stepping stone for his own legacy and a scientific experiment to test upon like a lab rat.

The Devil's Heir is a sociopath in all ways comprehensible, inflicted due to him lacking a parental figure to guide him and compounded by the trauma inflicted since childhood -- Finalized, by his own psychopath father.

Fortunate enough to have shared a bloodline with one of the world's most powerful mutants, X is not dissimilar from his own fathers X-Gene enabled abilities; for example, extorting metal beyond any natrual degree.

The False King's mutant power gives him mastery over all forms of magnetism. He can perceive the magnetic forces of the Earth as well as the bio-electrical patterns of all living beings. He can draw on and use the magnetosphere of the planet, which extends far into space. Weapon X can use his vast power to reshape even the most indestructible metals, including adamantium and vibranium. One ghastly gift, is being able to control the most insignificant magnetic particles in the both atmosphere and in living beings, reversing their blood flow or ripping out any ferrous elements through their tissues. The Unsung King can also create powerful magnetic force fields for personal protection, project blasts of electricity or generate powerful electromagnetic pulses. He can also assemble complicated machines and equipment within seconds through the use of his powers. Although Weapon X's primary power is the control over magnetism, he can also manipulate any form of energy from the electromagnetic spectrum. This includes visible light, radio waves, ultraviolet light, gamma rays, and x-rays.

The False King has also learnt to harness his genetic inheritance in conjuring and wielding mighty telepathic energies.

Weapon X is perhaps one of the most powerful telepathic mutants in the world, perhaps second only to his father. He is able to read minds and communicate telepathically on a high level nearly anywhere around the world. With his telepathic power the Prince of Darkness can manipulate, erase and create memories, control the actions of people and can mentally harm someone even to the degree of striking them with death. His gift allows him to opens channels of communication and plant suggestive thoughts even if a person is extremely far away. He is considered a very intelligent man, being able to learn things quickly by accessing someone's brain and learning from it. He can also give his teachings to other people by telepathy, and they can learn as quickly as him as well. This includes learning foreign languages too. Like his father, Weapon X only grows in strength when in company of other mutants specifically harboring the X-Gene within their DNA.

The Unsung King's ceremonial robes also serve as his combat attire. Dark red in color, with a gritty effect, the armor is made from a very thick but flexible vibranium woven fabric. Even his cape has vibranium woven into it's very molecular structure, hardening it against the mightiest of blows.

The Armor of Achilles has the same exact properties as traditional vibranium; possessing the ability to absorb and rob attacks of their incoming kinetic energy. Bullet's do not bounce; but merely drop to the floor. A knife does not penetrate, abruptly stopping in it's tracks as though hitting an impenetrable wall.

The Unsung King possesses one dagger; crafted from pure vibranium.