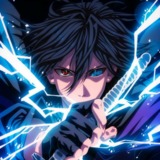 Check me out on ComicVine to either Debate or Talk comics.

Why World Breaker hulk isn’t as powerful as you think

Now before you attack me with pitchforks and burn me alive here me out first.

Im not denying that WB isnt powerful but hulk fans have overated the one high end feat that WB has which was destroying a planet and cracking a moon.

WB has never destroyed a planet by himself on panel.Which is true but due to the dd feat its hard to argue against it.

Dont bother bringing up strange saying he could do it because unless he does it on panel by himself he cant.

Now this by no means is a downplay and no I dont hate the hulk but the hulk has no planet busting feats to speak of outside of this story. Just planetary durability and shaking the earth and some impressive lifting feats.

However you can make the argument that WB hulk is a casual moon buster based off the feat and thats impressive and you can also state that hes a planet buster but not a casual one has we havent seen him casually destroy a planet by himself.However Im not denying he couldnt do it.

Ill add to this later.

Now to the right is the feat in question.

Secondly, the planet was destroyed as collateral damage. That's significantly more impressive than destroying it with a direct hit. The nearby moon was cracked too.

True but it was a shared feat hence why its debatable that WB is a planet buster by himself since we dont see him do it by himself.

First of all, how do you know it's a high end feat when WBH barely has any appearances?. Does he have some contradictory low end feats that I don't know about?.

Ok high end isnt a good way to phrase what I said.I mean high end as this is the only time we see the form display this level of power.And the forms limited showings have only had him perform country to continental feats like shaking the eastern seaboard with a foot step and his fight with armageddon.

The WB form has impressive feats like destroying savage hulk level people from the shockwave.However since after that we really didnt see WB again people started specualating on what WB potential could be and there came with that the overating and wank,

People started overblowing the feat and said things like hulk did all the work and RSH was a non factor or hulk destroyed the entire DD.And because of this one feat people think he can beat people like Darkseid and thanos and lets not forget the silver surfer.

Now despite everything I said I still think hes a planet buster and this doesnt contradict anything that I have said.Im not deny he could do it but Im saying you could make the argument that he couldnt based off the fact it was a shared feat and WB hasnt been Shown on panel destroying a planet by himself.

Simply put other than his powerful gamma burst he is just a planet buster which other people in marvel already are like Beta Ray Bill Thanos Odin and more. He is still a low herald level since he can still be depowered and drained and has no answer to certain hax.

Ill keep adding as well there is more context clearly

Certain people havent bothered reading and just assume this is “debunking” the notion that hulk isnt a planet buster.

Was I being a little hypocritical when I was talking about statements sure but the entire blog was about people OVERATING him not that he isnt a planet buster.

Unless you think he is solar system level or beats people like thanos or Surfer this thread wasnt aimed at you.

Edit: I wonder who bothers reading this before going on another rant that leads nowhere

I apologize for the misunderstanding and hypocrisy.

Why Wonder Woman is the greatest female Superhero ever

Why Sasuke should have beat naruto

Why Batman should kill Joker

Why Bane is better than Joker

Why todays femmenist are annoying

Why the me too movement sucks

Cavs I want to do

Why WorldBreaker Hulk is overated

This guy is trolling me

I dont know why he is doing this or what he gets out of this but this is really annoying and if you see him just flag his post or get a mod.I hate trolls like this.

This guy has no humor lol

My thoughts on CM Punk in the UFC

I dont know why cm punk wanted to go fight in the ufc.He has gotten his ass kicked twice now and he had like 2 years worth of training.His stand up game is shit and its like he doesnt know how to get out of submissions.Now for those who dont know I have 10 years of martial arts/karate experience and this isnt a brag.I see people with little to zero ma experience trying to review ufc fights which is stupid to me.Anyway Cm Punk should have trained a lot more and enter amateur fights before going to the UFC.Its clear he doesnt know what he is doing and he is better off going back to the WWE or pro wreslting.He has no business being in the UFC.

Ever tried to get in a debate with a internet smark?

I tried but I quit after losing so many brain cells

Born to the Eternals Mentor and Sui-San, Thanos was subject to the Deviant gene at birth. As a result, Thanos became like that of a 'mutant' of Titan (the sixth orbiting moon of Saturn) where he developed a purple, hide-like skin along with strength and other physical abilities far surpassing that of other Titans. And later became obsessed with death and became one of the most dangerous forces in the universe.