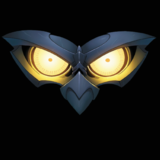 She was screaming as she fell but I never heard her hit.

The Cavern, 2.6 miles below the surface of Gothic City

Ivana opened her eyes to the harsh glare of a halogen bulb hanging from the distant ceiling. She was laying on a hospital bed in the middle of her old Gothic city hideout. There were tubes down her nose and her eyes felt like someone had scrubbed them with sand paper. "Grrrblunlunghm."

Arrachtach appeared at her side, wearing a white medical coat and carrying a clipboard. "Ah! I observe that you are awakened at last. In this moment, while I have your undivided attention, allow me to direction your attention toward this-"

He walked to a tarp covering a large object, then grabbed the tarp and pulled it away with a flourish, revealing a red F150 pickup. "Behold. A truck."

"A 2014 Ford, to be precise. It carries four passengers and is powered by a V6 engine."

Ivana set up and yanked the tubes out of her nose. It hurt a lot. Arrachtach cringed but carried on.

"And it ways roughly four tons." He placed a hand on the bumper and pushed, rocking the truck on its shocks. "If you only take one thing away from this experience, let it be this; when you fight someone who can bench press this truck wear the vibranium!"

"I certainly hope so! As I have had to keep you in a medically induced coma for two weeks now while stem cells harvested from a regenerator repaired your spine. Quite the lengthy ordeal. I have experiments to run, you know."

She climbed off the bed and looked down at her blue hospital gown. "Uggg. Where are clothes?"

"If you mean your kevlar I threw it into the trash where it belongs."

"It is light weight, I could move quick. Not be tired."

"That is all well and good my dear, and normally I do not question your judgement in such matters but now I must insist. Statistically sever injuries are inevitable due to the high rate of physical conflict you find yourself engaged in. You will be hit. It is a mathematical certainty."

"Ehh, it happen yes but I am good. I dodge most thing."

"What you are my dear is guided by your ego, not logic. A necessary evil; only extreme personalities obtain extreme results. Yet I implore you to listen to my advice. All the simulations I have ever run have shown vibranium to drastically reduce your rate of injury and reduce the chances of death by a mean of 91%. As your adviser I am advising you to wear the vibranium and as your friend I am asking you, wear the vibranium."

Ivana set down on the bed and looked at Arrachtach for a long time. Finally she nodded. "Okay. I wear it."

Arrachtach let out a breath and came to sit beside her. "Thank you."

They set there for a time. Eventually Ivana spun around to lay her head in his lap and toss her feet up onto the plastic head of the hospital bed.

"So. What happen in world."

"Well, Gothic City is completely destroyed. And 57 appears to be missing."

"Unknown. Though the public addresses have been flying fast and furious and there is an anti-mutant candidate running for President of France."

"Might I remind you that you were a politician yourself not so recently?"

"I must say, your reign was a smashing success when compared to the recent line of American presidents. Perhaps they should consider selecting their next president with a knife throwing contest?"

"Alas, their current activities are a mystery to me."

Arrachtach frowned. "Allow me to advise against this course of action."

"Indubitably. Yet Lichter will not miss the opportunity to gather vital information on you. Information that would give him the upper hand in a conflict between you."

Ivana shook her head, frowning up at Arrachtach. "Lichter, he think like.. like boa constrictor. So he always make plan he think is not.. cannot be escape. Like this--." She made a crushing motion with her hands. "This always wrong. So Lichter, he think in wrong way to get me. Even with information."

"No doubt you are onto something in regards to Lichter's thought process. But allow me to compose a retort. The future is, in large part, unknowable. To imagine one knows the future in any detail is a cognitive distortion that is frequently the downfall of the so called 'masterminds', correct?"

"Now, Lichter has tremendous intelligence. And intelligence is much like a lever. So it is conceivable to acquire a small amount of information on you and with the use of his intelligence as a lever he could transform this small detail into a effect of tremendous magnitude."

"Given that the future is unknowable, and that Lichter is capable of leveraging seemingly minor information into large advantages it stands to reason that there could be a moment in which the leverage he could create would have an irresistible impact on your future actions. Perhaps he could not capture you permanently or anything of that nature but he could force you to abandon a goal otherwise achievable or cost you in another way."

"Okay I see point." Ivana chewed on the inside of her cheek.

"Stop that! That is a terrible habit."

She elbowed him in the side.

"Stop that as well. It is equally terrible."

Ivana smirked up at him and then closed her eyes, pondering. Arrachtach inspected parted the her jet black hair with his claws and inspected some of the scars on her scalp with a critical eye.

"So. What you suggest. If no Lichter-tech, I mean."

"I have a few prototypes in the works. In fact I have recently made discoveries in the field of quantum harmonics and vibranium fullerenes that should prove transformation!"

"You scoff but allow me to send your specifications to Venezuela and have a new suit made. With a few alterations of my own, of course."

And it was so.

Arts of the Strigidae: Oceptratron

Each grandmaster will give a different definition of the true meaning of martial arts. Some will tell you the martial arts are a method to peruse enlightenment. Others might tell you they are a tool to defeat your enemies or even that each person must discover their meaning for themselves.

Ivana would tell you the following:

Where some martial artists have dedicated their lives to discovering a series of pressure points or unlocking the mystical powers of the ancients Ivana has devoted herself to the mastery of motion.

With the creation of Oceptratron she has mastered it.

Oceptratron is a preternatural technique which allows those who master it to instantly accelerate to their maximum speed. It does not make its masters any faster, stronger or more precise. It changes nothing about the movement itself, save for the rate of change.

For example should a fighter wish to throw a punch than their hand begins stationary. Then they accelerate their fist toward their target until it reaches its maximum speed. If a master of Oceptratron were to throw a punch their fist would be stationary one moment and the next it would be moving at its maximum speed with no period of acceleration.

It is, quite simply, the art of instant acceleration.