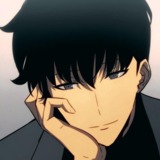 Being heroic can be as simple as withstanding the pain of reality.

"Demons run and Gods hide when a Good Man goes to War."

Time and space. So much of it left open and undiscovered. So much to explore.

So much untapped potential, for anything the imagination can make of it.

There is one man who has access to all, whether by a twist of fate or pure skill in arts both known and unknown, science and esoteric.

Travelling various planets and sometimes universes, the man who labels himself as simply a doctor is simply a traveler who wishes nothing but good will and to help when needed. He is known to be never cruel or cowardly. Never to give up or give in. He is always trying to be nice, but never fails to be simply kind. The tears of children caught in crossfire will forever rouse him to action as easily as placate him. The doctor tells and weaves stories and tales, always leaving behind stories. Creating music and food and joy, he makes sure to leave a place better than when he found it. Always making it a point to reveal that everyone, big or small, is important, no matter what.

Yet he fights. Not with weapons or death and destruction. No, he fights with words and wisdom. With magic and moves to dazzle and amaze. A defender, never a destroyer.

However, no one knows who he is or where he is from. Not a single person in all of time and space. Some claim him to be older than the universe, while others think him a simple madman. Others whisper legends about him, about being one of the primordial beings in physical form, and others boldly proclaim him nothing but a fool and a coward.

There is one truth. Wherever he goes, hope follows. Whatever he does, it is done to heal hearts and mend wounds. Whoever he is, it does not matter nearly as much as what he does.

Life is too short to be spent otherwise, and he has simply lived too long to do anything else.

Who is this doctor?

The doctor is the man who has been everywhere and nowhere.