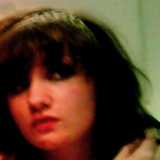 If there´s only male superheroes in the team, matching uniforms would be -so- gay! Seriously! If it´s mixed genders, it would be marvelous! All equal, and no sexism! :P nah, just kidding.. But it works better then.. X-Men and Fantastic Four´s nailed it! But without Invisible Woman: GAY! (reminds me too much of boybands...) (not that i have anything against people who are gay, not at all! It´s just that if i were a criminal, and 4-5 fit men came towards me in matching uniforms, especially if they´re wearing spandex of some kind, i don´t think i´d be that scared...) But they can´t have too different and individual looks either.. cause that would be kind of gay, too... (Village people..)

ANYWAYS! x)
Matching uniforms in a all-girls team: sexy! And so not lesbian at all!
Start the Conversation
Load Comments