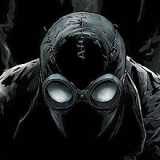 After reading the events of Amazing X-Men #14, and knowing how few people remained inverted after the spell's reversal at the end of the Axis event, I found myself wondering what it might be like if Raven had remained inverted like the others. Should they have left her on the side of the angels, pursuing a path of redemption for her past deeds and trying to make up for her failures as a mother to Kurt (Nightcrawler) and Anna-Marie (Rogue)? What would she have done in the aftermath had she been left inverted? Would she have surrended herself to the authorities like Sabretooth has, or choose a different path of penance for her past sins? Would she have joined a team of heroes, like Cable's X-Force, Cyclops' Extinction Team, the Secret Avengers, the Avengers Unity Squad, etc?

I'm interested in hearing your guys' thoughts on the subject :). Do you think that Mystique should've remained inverted? Does she deserve a second chance to make things right, to make up for the things she's done, and to actually try and be a good mother for her children? Would she end up on a team if she had stayed inverted, and if so, which one do you think it would've been, or which one might've suited her best given her abilties and altered characterization? Would she have been given her own ongoing or mini-series, and would you have been interested in reading it?

Feel free to give your input below, I look forward to hearing your opinions on the subject.

I posted these on one of the forums in "Amalgam Comics," so I thought I might bring them here as well, to see if people here like them too"

I actually have several that I've been thinking about writing a fanfic for recently. They include:

I actually have several that I've been thinking about writing a fanfic for recently. They include:

Yes, yes, yes, a thousand times, YES! Again, it would depend on who was writing it and what artists they had lined up for each one-shot issue, but I would so love to see another Amalgam Saga :D. The original Amalgam Universe titles were (and still are) some of my favorite comics of all time, so another trip into that universe would be a dream come true. Plus, will all that's happened in comics since the initial run, they'd have tons of material to work with and amalgamate.

(Facepalms at that last panel) There's always one, isn't there? There's always one idiot who can't keep their stupid mouths shut and keep their prejudices to themselves for some moronic reason. You'd think that people would've learned not to do that by now, especially given the fact that the mutant in question can alter the weather at her leisure, say nothing of her selfless service and sacrifice for the sake of the whole of mankind on multiple occasions.

Lady, this woman has saved the world more times than anyone could count, fought monsters and villains with enough power to level continents/worlds, endured countless atrocities at the hands of people like the Shadow King, and even put up with morons like you who have the gall to stand there and act like they're better than her. So you shut your word-hole, and show her the respect she deserves. Either grow the Hell up and get over it, or get off the damn plane! (Takes a deep breath) Sorry about that, guys. Just had to get that out of my system.

Yeah, definitely. I mean, physical attraction is nice and all, but looks aren't everything. I tend to go into detail on the entries for my comic-book crush lists about what attracts me to characters in terms of personality, as much as I address what I find physically attractive about them as well. If I have an attraction to a character, I'll definitely react if something bad or good happens to them, because I feel the corresponding emotions for either situation. For example, the Book 3 finale for Legend of Korra pretty much broke me, and I spent some time afterwards wishing I could do something, anything, to make her feel better.

Noir!Spidey, Miles Morales, Spider-Man 2099, and... Is that a Spider-Girl I spy? Could that really be Mayday? If so, AWESOME! Now this is something to look forward to, in my opinion. Sure, these shows aren't held in the highest regards by fans, but I think they're a lot of fun, and I'm willing to give them a shot first, instead of writing them off from one scene or promotional image, just because a previous show I loved got the axe because the network screwed it over, or the studio/company executives made a stupid decision to cancel something that adults could enjoy just as much as kids. Not to say that these new shows don't have something we older fans can't enjoy either. To be honest, there are several episodes of Ultimate Spider-Man and Hulk: Agents of S.M.A.S.H. that I genuinely liked, and held up really well.

Neither show is perfect by any stretch of the imagination, and I'll still miss classics like The Spectacular Spider-Man, Avengers: Earth's Mightiest Heroes, and X-Men: Evolution, but they're by no means "horrible." Sure, some episodes fall short, but when they get it right, boy do they get it right. Episodes like "Inhuman Nature," "Kraven the Hunter," Ultimate Deadpool," "Guardians of the Galaxy," the "HowlingCommandos" two-parter, and especially "Stan By Me" are all great examples of episodes that really have that Marvel feel to them. Besides, not only are they doing a great job of bringing in lesser known heroes from the Marvel Universe into the spotlight (ala Batman: The Brave and The Bold), but they're also getting the next generation interested in comics. We as older fans can enjoy the series too, even if there are a lot of detractors out there, but they're completely missing the fact that these shows are helping introduce a whole new generation of fans to something we've grown up with and loved for ages. And for that, regardless of their short-comings, I'm willing to cut these shows some slack.

So, I'm interested in seeing how Web Warriors plays out. It could be my love of all things alternate realities, Elseworlds, and What Ifs talking, but I think this could turn out to be a whole lot of fun :D.

You know, I probably posted this in the wrong section for the intended topic. I should probably delete this and try for a different forum section.

@god_spawn: You make an excellent point, GS. I've just never really enjoyed Emma in the past, nor have I really followed much of the X-Men's issues that focus on her and her more human qualities outside of that personal she puts on for people. And yeah, she did go back to that holier-than-thou attitude a couple pages/panels later and it did kinda peev me a bit when she did, but the above image of her seems to have tempered my original dislike for that part of her character. As you said, it's not a major character defining moment, like the one you've added (thanks for that, by the way), but to me, it's a nice moment that made me forget how much I utterly despised her character in the past, and warmed up to her a bit. I'm not saying I think she's a saint and my go-to superheroine from now on (far from it, actually), but I don't hold as much dislike for her as I used to any more. Nor am I saying that Bendis' depiction of her is so much greater than anyone elses, especially the New X-Men writer (as that was one of my favorite series, though not for Emma persay), it's just that this is a moment I enjoyed that made me forget about Emma's "face," and remember those better qualities about her. Her "heart," if you will.

And again, I haven't really seen many issues with Emma in them, either because I didn't pick them up because I wasn't into the book or title at the time, I was more focused on other characters who I was more invested in, or I simply ignored the fact that she was in there altogether out of dislike for her, having not been able to see that part of her until recently (Again, not a landmark moment by any stretch of the imagination, but a nice one nonetheless). Depending on the writer, she tends to flip-flop between characterizations, and I guess I probably had the bad luck to pick up issues with her being portrayed with her ice-queen/dominatrix/morally ambiguous traits being written as her primary character traits. I like the Emma that cares about her students and about other people, and I really wish that there were more portrayals of her as this person, and that the writers who want to use her as her old White Queen persona would stop and pick up the issues where she's got more to her than that, and write her like that. But, as fickle as people are with certain characters and writing, she's bound to fall back into that persona soon enough, with the wrong writer behind the pen. I don't know who, but they will do it.