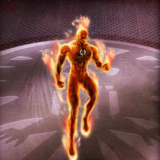 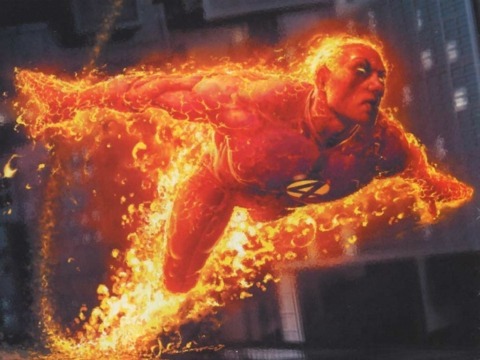 Starspirit - The Living Spirit of a Star

Master of Fire and Gravity

Fire Manipulation: Not only can he turn his body into a living sun, he can create and bend fire into any form he can think of. It grants him the power of flight (Mach 9.8) even though space (Speed of light)where there is no oxygen for him to burn. He can also create a light so bright that it can blind an enemy, either temporarily or permanent! He is his also his own source of energy and does not need any outside force to create fire, and as such his creations can last for hours after being created. He can also absorb light and heat from other sources.

Gravity Manipulation: Like a Sun he has his own force of gravity, therefor he can not only move objects but lift them up or weight them down as he so chooses. This force can also be used to solidify his fire creations give the a substance as oppose to just flame. It can also be used to enhance his punch increasing his striking power by several degrees!

Healing Factor: Just as a sun light gives life to certain objects, his own eternal fire can heal him form major wounds in hours as well as provides him with a nourishment allowing him to go for days without needing food or water. It can also be used to help heal others.

Heat Vision: Not what it sounds like, but he can see through the infrared spectrum and follow heat signatures!

Fire Form: In fire form, although he can feel pain, his body becomes living fire and that fire can be altered into other shapes, forms and sizes.