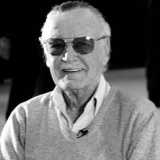 I was born in New York City, New York, in the apartment of my Romanian-born Jewish immigrant parents, Celia (née Solomon) and Jack Lieber, at the corner of West 98th Street and West End Avenue in Manhattan. My father, trained as a dress cutter, worked only sporadically after the Great Depression, and my family moved further uptown to Fort Washington Avenue, in the cheaper Manhattan neighborhood of Washington Heights.when I was nearly 9, I was in my teens, my family was living in a one-bedroom apartment at 1720 University Avenue in The Bronx. I described it as "a third-floor apartment facing out back", with me and my brother sharing a bedroom and my parents using a foldout couch.

I attended DeWitt Clinton High School in The Bronx. Where my family had moved next. A voracious reader who enjoyed writing as a teen, I worked such part-time jobs as writing obituaries for a news service and press releases for the National Tuberculosis Center; delivering sandwiches for the Jack May pharmacy to offices in Rockefeller Center; working as an office boy for a trouser manufacturer; ushering at the Rivoli Theater on Broadway; and selling subscriptions to the New York Herald Tribune newspaper. I graduated high school early, at age 16½ in 1939, and joined the WPA Federal Theatre Project.

A text filler in Captain America Comics #3 (May 1941) was my first published work. Cover art by Alex Schomburg.

With the help of my uncle, Robbie Solomon, the brother-in-law of pulp magazine and comic-book publisher Martin Goodman, I became an assistant at the new Timely Comics division of Goodman's company. Timely, by the 1960s, would evolve into Marvel Comics. I, whose cousin Jean was Goodman's wife, was formally hired by Timely editor Joe Simon.

MY first published work, the text filler "Captain America Foils the Traitor's Revenge" in Captain America Comics #3 (May 1941), used the pseudonym "Stan Lee", which years later he would adopt as his legal name. Lee later explained in his autobiography and numerous other sources that he had intended to save his given name for more literary work. This initial story also introduced Captain America's trademark ricocheting shield-toss, which immediately became one of the character's signatures.

I graduated from writing filler to actual comics with a backup feature, "'Headline' Hunter, Foreign Correspondent", two issues later. My first superhero co-creation was the Destroyer, in Mystic Comics #6 (Aug. 1941). Other characters I created during this period fans and historians call the Golden Age of comics include Jack Frost, debuting in USA Comics #1 (Aug. 1941), and Father Time, debuting in Captain America Comics #6 (Aug. 1941).[10]

When Simon and his creative partner Jack Kirby left late in 1941, following a dispute with Goodman, the 30-year-old publisher installed me, just under 19 years old, as interim editor. I showed a knack for the business that led me to remain as the comic-book division's editor-in-chief, as well as art director for much of that time, until 1972, when I would succeed Goodman as publisher.

I entered the U.S. Army in early 1942 and served stateside in the Signal Corps, writing manuals, training films, and slogans, and occasionally cartooning. My military classification, i said, was "playwright"; I added that only nine men in the U.S. Army were given that title. Vincent Fago, editor of Timely's "animation comics" section, which put out humor and funny animal comics, filled in until Lee returned from his World War II military service in 1945. From then through 1947, me and my wife, Joan, rented the top floor of a brownstone in the East 90s in Manhattan. They later bought two-story, three-bedroom home at 1084 West Broadway, in Woodmere, New York, on Long Island, living there from 1949 to 1952. The family, which by this time included daughter Joan Celia, bought a home at 226 Richards Lane in the Long Island town of Hewlett Harbor, New York, living there from 1952 to 1980, including the 1960s period when I and my artist collaborators would revolutionize comic books.

In the mid-1950s, by which time the company was now generally known as Atlas Comics, I wrote stories in a variety genres including romance, Westerns, humor, science fiction, medieval adventure, horror and suspense. By the end of the decade, I had become dissatisfied with my career and considered quitting the field. my only sibling, brother Larry Lieber, was born. By the time