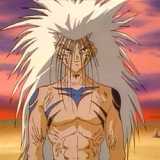 There was a time where Harry Potter was the punching bag of the literary world. About a decade or so ago, a lot of elitist Lord of the Rings fanboys beat on the franchise like gangbangers... Those were the dark days since I was an HP apologist back then. Having read both LotR and HP (among a whole lot of fantasy series) made me see the brilliance of the two and it hurt when "old-school" purists try and stop new material from flourishing.

Fast forward to today and HP has grown alongside its fans and both have overtaken the world with much fanaticism. Yes, there is a new punching bag in that god awful series called Twilight and HP fans have earned the right to be proud of the franchise they grew up to love.... But that is no reason to gloat!!!!

And now we have all these stupid *ss fanboy threads. Not just here in CV. Almost all communities I have been in hail Harry Potter as if it is an infallible piece of work. Bullsh*t!

I hope this resurgence of Harry Potter popularity stops. I hope it dies. I hope to shoot it in the face with a shotgun and burn it to ashes!

How I Realized Nolan and His Trilogy is THAT GOOD...

Ok. First-off, I want to say I would not compare TDKR to the Avengers to pick which one is better. Better is subjective and though I prefer TDKR, I would not go into debating people as to why I think it's better. Frankly, I don't even know if it's better. I just prefer it. But I would be comparing Nolan's Bat movies to other films just to present my case. And if you haven't watched TDKR, please don't read anymore? I may be spoiling you guys.

Now let's get right to the point. How do I know that Nolan's Dark Knight mythos is really good? Simply put, unfaithfulness to the source material. Some people have already talked about this but this is my first time realizing it. Nolan's movies are waaaaay off the source materials. But despite that fact, it still is critically-acclaimed and is still considered by some as one of the greatest (if not the greatest) superhero franchise in history, rivalled only by Marvel's cinematic universe.

Let's put Nolan's Trilogy beside a comparable movie series that happen to be a total trainwreck. Schumacher's Batman films. His villains are way more faithful to their original incarnations. Mr. Freeze, Two-Face, Poison-Ivy, even Bane! Yes. Bane! Aside from not being a genius, he was closer to the comic version than Tom Hardy's character, venom and all. Ok Riddler might be different from his comic self. Now let's take a look at Nolan's villains. Ra's... Not accurate. Scarecrow... Not accurate. Joker... Topnotch performance but still not that comic version. Taliah... Not accurate. The closest to the comic counterpart might be Selina. So you can see that, although both directors have their fair share of comic-accuracy, Schumacher stayed "more true" to it. But which one sucks? I won't even need to answer that.

Now let's compare him to other "unfaithful" titles. Craptastic Four (Especially the second one), Green Lantern (I kinda liked this though), Ghost Rider, Catwoman, Wolverine, Constantine, etc... They are all "geekally" loathed. All because of their "inaccuracy" to the source. But if you look at Nolan, he deviated waaaaay more than these guys. But why isn't his trilogy getting the opposite reaction? The answer is plain and simple. His works are good. They are very good.

My point being that if something is really really good, it doesn't matter if you are faithful to the source material. You will never be deemed as wrecking the character. Deviating is not bad. But it can go either way. The bad way is to crap all over the franchise and do with it as you wish in a forceful manner (I'm looking at you Bay). The good path is to go beyond the source material and build on it, all the while retaining its feel and base themes. As a result you create a new mythos. By it, you contribute to the legacy of the character/s you deviated from, in a way evolving it. This is what Nolan has done and for that I salute him.

My Attempt for an elementary “scientific” Explanation of Supes

First-off, I know there have been multiple attempts on explaining Supes on various books and websites and I haven’t read any of them. And so, if there has been an explanation similar to mine, I bet it would be much more intricate and so it would be best to link the reader there. I know physics is not my major so I am pretty sure I’ll be corrected one way or another.

Anyway’s here’s my take on Supes. A lot of people say that, in a way, Supes is a somewhat “perfected” being. He also is claimed to be a very effective battery. And with this premise, we’ll try to explain how much energy Supes can dish out.

Being a “perfect” battery, at best he should be able to have a perfect mass-energy equivalence. What is this equivalence? Einstein’s E=mc^2… Or Energy is equal to the mass and the square of the speed of light in vacuum.

We apply this equation to Supes with a stated weight of 225 lbs or 102 kg.

In comparison to the Hiroshima bomb which had the energy output of  5.4 TJ, it can be observed that Supes, at best, is 1,685,185 times stronger than the first A-Bomb Little Boy.

Also in comparison to the Tsar Bomba (H-Bomb) that had an energy output of 210 PJ, Supes is 4,333 stronger than the strongest bomb explosion in history.

Now this is where things go iffy with comics and science. Superman was meant to move at least a third of the earth’s weight. But doing so is impossible. The force needed to move the earth for a speed of 60km/hr is 5.974 * 10 ^27 Newtons. Meaning to just move the earth a meter from its current position, one needs 5.974 * 10 ^ 27 Joules. That’s around 5.3 * 10^8 times more than what we have computed for Supes.

Yeah, all of this is pointless. Real-world physics does not equate to comics anyway so meh… I just wanted to show what’s on my mind… :D

Film and the Origin Story

We are on the threshold of a new Superman film (maybe not really on a threshold but the wait is just unbearable!). Fans from everywhere have been giving perspectives, suggestions, wants, etc. on what they want to see in the film. Cast, plot, villains or whatever, fan input has been rampant. And for the most part, it’s good. Fans know the character and the producers must put them in priority. Maybe they’ll listen or maybe they won’t. Time can only tell.

One of the things I respect and understand that people say they don’t want to see in the upcoming film is Superman’s origin story. It has been presented countless times and it gets a little tiresome. Truth is, I don’t quite agree.

Superman has had lots of renditions and his origin stories may have been presented multiple times. It is also noteworthy to say that the differences are minimal. Now add the fact that almost everyone who knows the concept of a superhero knows who Superman is and has a degree of knowledge to his origin. I won’t even talk about DC’s decision to have multiple origins of modern Superman. Now you have to ask: Why do we still need another origin story?

I say it is because he has been portrayed countless times. The many incarnations of Superman are not of the same canon and unless one knows there can be various representations to one aspect, it could be convoluting to newbie vantages. Origins build to plots and their minimal differences could have huge divergence in the overall canons.

Reeve’s Superman had Zod introduced in its origin. The 80’s Superboy had him as a teenage Superhero; something unlike any screen rendition before. Lois and Clark had the “mommy mad your costume” part and had Jonathan as a “non-dead” Pa Kent. DCAU Superman had Brainiac as a Kryptonian AI and had caused the demise of the Kryptonian populace. Smallville had a young Clark build friendship with a young “semi-corrupted” Luthor. Just a few “distinct” feature of each origin stories. So which are we to follow?

I hate to rant but a lot of people from the late teen - early adult bracket (comic fans aside) see Smallville as the main canon and it’s not a good sign. I see Smallville as a successful TV show but is nowhere in the position to be the canon of a potential epic movie series. If the producers don’t clear up their origin then how would the audiences know the roots of the plot to follow? Simple: show the origin.

To close things, I don’t want to see another half hour or more of Krypton and him growing up or his high-school and college days or the discernment of being Superman. That has been done before. And if they can’t show anything new or show it in a new way then it’s just a waste of time. But the producers can show it non-linearly. Batman begins rendered it brilliantly. We already know what Batman's origin is but the (fairly) new rendition was fresh. They can learn from that.

This is just my opinion. Feel free to tell me your own take on this. Cheers y’all!

Comicvine Trolls are not that bad....

We encounter them all the time... The trolls. People who argue Caps can beat the Anti-monitor or Batman can beat Surfer just to piss people off. We hate them. We tell them to GTFO. We flag them. They get banned. But come to think of it, they're miles more bearable than trolls in other sites or forums.

Example: Go to CARM and see how people argue this way: "You do not believe in my interpretation of the Bible so you're worshiping the devil!" or "You are an atheist! I am much much more righteous than you will ever be!". Go to atheistforums.com and you'll hear stuff like: "Why are people still believing in a god? They're all stupid!" and stuff like that. I'm exaggerating of course. But that is the general flow of it. If you really want some war with words then go to Republican or Democratic forums where insults fly all over the place. It's not that I agree with them or not. They are just so uncivilized.

Even less serious forums like KMC have worse trolls than us.