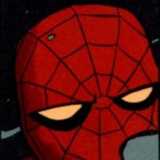 Raiden wins with both. All of you mention Dante's healing factor but Raiden is NOT just going to stab him he's going to slice him into 1000 pieces and rip his heart out. He is the king of overkill. I know Dante has survived stabs but let's just see him heal that! LOL

Beast isn't as strong as Spider-man, is DEFINITELY not as fast or agile as Spider-man, and there are times where I even think Spidey is smarter than him (but highly doubtful). Plus Spider-man has taken on the whole X-men gang all by himself, including Beast, Wolverine, and Storm. One on one it's no contest.

Spider-man still. Spider-man bloodlusted is practically undefeatable, especially now that it's Otto. And I find any comic where Spidey is beaten by grenades/guns to be total PIS. He is literally a superhero built to render things like these useless. Plus it's been proven that there are punches Spidey can't even feel, normal people like Punisher can't hurt him with their strongest punches and he's even claimed to not even feel some superhuman punches. Spidey wins, with or without prep.

Seeing how Revengeance barely came out the 19th and this post was made before that, I can honestly say Raiden would own Dante in ways noone can imagine after playing. Once that dude took out a Metal Gear the way he did on the first level BEFORE his upgrades, I was like "Aah sheet, if someone makes a Dante vs Raiden thread, Dante is screwed." Lol

Good points man, very good points. While I know Pete will return soon, I just hate Marvel is willing to pull this kinda crap on their most beloved and successful hero; my childhood hero too. Till then, I will hate this series tho. I've got positive thoughts for Pete's return, but until then I'm gonna be an angry Spidey fan. Its in my genes. :P It's good though that these kind of positive thoughts are being spread to lighten angry moods. I'm not gonna lie, these theories have cheered me up. Thanks! :)

@StMichalofWilson: I agree with all your points. I wanna check out Superior, but I'm not gonna go buy comics. Leaks on the internet and that's it. I refuse to pay money for this change. Even then, I'm still unsure I want to read it; I have no intention to see Doc Ock ruin what Pete has been crafting and perfecting for over 50 years with the rest of the Marvel universe and picture Slott and everyone else at Marvel HQ thinking that this is actually a good idea and then laughing about it. Just, ugh. I got a friggin' Spider-man cardboard cut out for Christmas, but right now I can't even look at it the same without picturing Doc Ock. All I'm picturing for happy thoughts is Marvel announcing "Superior cancelled. ASM #7?? comes out next Wednesday!" or something like that. I mean from what I've heard Marvel NOW sales are doing terrible. Getting big bucks the first issue and then collapsing drastically on #2 issues. Just look at these results:

Captain America, Uncanny Avengers, and so on are doing awful too, but I couldn't find their results. So yeah, if they react this way with just renumbering superheroes and not even changing anything, you can bet they'll change Superior very soon. It won't last long, I hope...

@SandMan_: If you haven't read #700, I recommend it. It's a great comic, I just hate the ending. Without spoiling ANYTHING, lemme just say the comic ends with the identity of Superior Spider-man then its THE END. All I'm saying... :)

*WARNING: YOU SHOULD NOT READ/COMMENT ON THIS TOPIC UNLESS YOU HAVE ALREADY READ ASM #700)*

We've been debating for months who Superior Spider-man will be and how he would actually become the new Spidey; well now that the theories can all die, its time to discuss (instead) the feelings all Spidey fans feel about how the Amazing Series ended (for now anyway) and what is to become of Superior Spider-man. To add, this is a spoiler-filled discussion! Meaning all opinions may have spoilers in them, anyone who complains should know there's at least four warnings before actual spoilers show up.

Ock is the new Spidey, let's just get that out of the way. Thanks to my idiocy when it comes to spoilers, I found out about this a week ago through leaks on 4chan. I was disgusted at the thought, but Slott reassured me that the actual issue would make the end result a lot better. I read it, and all though it is (to be honest) a well made issue filled with heart and drama, I didn't like the end...at all. Even with this well made issue, it still feels like the biggest middle finger given to Spider-man comic readers yet: Sins of Past is very close (just god-awful), One More Day could've been easily fixed, and even in Clone Saga (when they tried to replace Peter back then) Pete was still alive so there was a huge chance he would take up the mantle again. But #700 seems to want to destroy all logic out of our heads that Pete will come back; Pete dies (in the most disrespectful way possible to kill the character if you ask me), Ock gets all of Pete's memories (technically making him still Pete), and even Senior Editor Stephen Wacker went so far to say that ""Peter Parker fans will sort of fade away over the months and years." (WHAT!?! Don't tell me they plan to make this change this long). I'd like to express my opinion more on the hate I have for the end of this issue, but I did make this a topic right? You guys should express too:

Do you love or hate this change?

Will Peter be back?

Do you think Superior will still be good regardless?

My quick opinion on the end of Amazing and the beginning of Superior:

I, personally, am not buying any Superior issues. Why? Because buying them would make me feel like I'm supporting this change (even though part of me wants to give it a chance), and its clear I'm going to hate the personality of this new Spidey. I read this preview from Superior Spider-man #1 and Avenging Spider-man #16 and I nearly facepalmed...

A Spider-man that runs away from fights? Spider-man continuing to fight no matter what the stakes is one of the biggest reasons he's my favorite. Also he acts like an a-hole to everyone, and I mean EVERYONE... Wow, way to ruin Pete's friendship with several Marvel heroes he's made over years just cuz you have an attitude problem (Also what the hell is with the nose? The Superior Owl-man?). As a bonus we already have a Spider-man who acts like this and no dumb mind switching required, Kaine. So giving us a Spidey that is more "dark" is completely pointless. Three comic book previews of Superior Spider-man #1, and I'm already bored with the guy; we've seen this kinda hero and Spider-man several times. I don't even get why we have to change WHO it is. Just have Pete switch his mind back at the end of #700 and have the experience change him to take things more seriously and not be so strictful on the whole "not killing" rule. That would have made 700 an amazing issue, given us a great ending, and would give a legit reason for the darker and grittier Superior Spider-man to exist. Also the thought of Ock living the life of Peter and possibly getting it on with MJ disturbs me; what if when Pete comes back, MJ sleeps with the dude. Talk about ruining the only good relationship we have left with Spidey (but then again One More Day already did that).

Well, that's my opinion on the end of Amazing and the future of Superior Spider-man. What's yours? Commence the discussion...