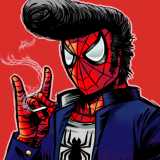 Hey so if you've been keeping up with Marvel studios and have already watched the films in the Avengers complex you have probably noticed some unexpected details, relationships, and (most notably) objects that tie the Marvel Universe together. However, some are not so easy to see. You may have to watch one of the movies over and over again before you notice it. These are the two connections I will be making that many of you may not have noticed. Lets start with Thor.

In Thor, when Erik Selvig is talking to Jane on the roof about SHIELD, he speaks of an "expert in gamma radiation" who was taken by SHIELD and never seen again. By now you've probably already understood that that man is Bruce Banner. Did Erik know him well? Will they bring this up in the Avengers or not?

This second hidden message is the real big one that hasn't really at all been talked about. In Iron Man 2, Tony discovers the "new element" that his dad had been working on all his life. This new element is now used to power Tony's suit. Now, If you've seen Captain America: The First Avenger, you know that Howard Stark is in it. At the very end, the military and Howard manage to acquire it after the ship crashes. It glows bright blue, was incredibly unstable and hard to concentrate, and had never been seen before. The bit of it that he studied earlier was incredibly volatile.

Now he had his hands on the whole thing and was studying probably like mad. Who knows how long he could've been doing that? That could have secretly been say... his life's work. Obviously at some point SHIELD had to keep it in custody themselves but was this the "new element" from IM2? Was Howard trying to harness it's power for good with his city of the future? If Tony has now discovered it and is using it to power his suit then what does this mean for the Avengers? Would he become incredibly unstable or have a mysterious connection to Loki's new toy? Only time will tell. Make sure to look out for these in " the Avengers"

Superheroes are one thing almost everyone knows would be awesome in real life. No need to fear other countries too much when you got your own superhero who can take the nuke-spammers down. Heroes, despite the violence they may or may not create, are symbols of peace and justice not TO the world butFOR the world. Superheroes would generally create an atmosphere of security for law-abiding citizens.
Now back on topic. While Thor and other heroes may be a little far fetched, some heroes, such as Iron Man and Captain America, are actually possibilities for the future. Extremely strong performance enhancing drugs (while not supported by yours truly) are being enhanced to be and make people bigger, better, faster, and stronger every day.  Actual Supersoldiers are certainly possible for the military to start developing and achieve in the near future. Mutation as shown in many living organisms and our manipulation or the atom has become an incredible power and opportunity to actually change the biology of living things and enhance an organism through its biology. People with extraordinary abilities have been noticed.
Technology is presently developing at a pace never before seen and new advancements are constantly being made with AI and self-controlled vehicles and weapons. Robotics are being constructed to be unbelievably intelligent and serve as replacements for limbs and body parts. New alloys are always experimented on and tested to be the strongest possible. Even high powered lasers are being developed by the military. With all the tech at or disposal and the progress made every day for things that once seemed impossible, are superheroes a not only possible...but a probability? Governments may have issues with such a subject but we are getting more advanced every day. (Forum is in Gen. Discussion)

You all remember the 60s TV Show of Batman that was made into a movie? Well Robin was in that movie too. Now Robin actually had a lot to say in this movie and he had a lot of dialogue. The only thing is... when hes said it.

Don't get me wrong, I always liked the things Robin said in the movie from the 60s, or at least found them... amusing. You can count on Robin to say things like "Holy Nightmare!" "Holy Costumed Party!" "Holy Horseshoe!" "Holy Polaris, Batman!" "Holy Jumble!" "Holy Marathon! I'm getting a stitch Batman!" "Holy Sardine (looking at the shark on Batman's leg)" "( seeing the villains fly off on the Penguin's jet pack umbrellas) Holy Halloween!" "Holy Heart Failure Batman!" "Merlin Magician!" "Holy Long John Silver!" "Wow! Holy Bikini!" "Holy Houdini!" "Holy Heartbreak! (as Batman Realizes his girl is Catwoman luring him into her plot. Yeah, good timing Robin.)"
No one makes exclamations quite like the Boy Wonder huh? Is it just me or did they really try to stay as child appropriate as humanly possible? Is Robin supposed to be that sheltered? I mean Batman gets to say things like "Bon Voyage, Pussy!" while Robin can only go so strong as "gasp, HOLY *INSERT ODDLY APPROPRIATE NOUN HERE*!" Man, that dynamic duo sure wasn't the one we're used to huh?
Start the Conversation

Powers and Abilities: As Dark Matter, Rich can summon Dark Cosmic Energy and control it. Dark Cosmic Energy is found in nearly every substance in the universe.This gives him the ability to create constructs from it which is limited by things he has touched and absorbed the dark cosmic blueprints from so he can replicate it. He can survive in virtually any environment. Rich can manipulate the energy to create portals but only to places he has been. Rich is not affected by gravity and can fly, float, and is not slowed or hindered by wind or water. He can travel through water as if it was not there and he can pass through walls. Anything that contains or is related to his energy he wields will not affect him. Dark Matter can simply fire dark matter particles which alter matter or destroy it. Electro-magnetic radiation is his weakness. It weakens him and can negate his powers or cause dangerous reactions.

Origin: Dark Matter was born when astronomer Dr. Richard Slater attempted to "unmask" and prove the theory of mysterious dark matter by inducing effects from electro-magnetic radiation in outer space very near to the sun (the closest source of dark matter) with a powerful electromagnetic ray that would be fired from a satellite far out into space. This would be controlled from the Doctor's lab. The goal was that the ray would get the dark matter to produce a reaction that would be wild enough that they could get the dark matter to change into a visible and containable form so they could prove its existence and study it up close. They decided that if anything went wrong then they could steady the reactions by reabsorbing the electromagnetic radiation with a different beam. He was so sure that he was going to be on the verge of a scientific breakthrough. Unfortunately the electro-magnetic radiation that was fired from the ray caused an unexpectedly volatile reaction which disrupted the mass of the star. A solar flare hit the now visible dark matter and created an extremely dangerous reaction from the radiation that altered the dark matter. The electro-magnetic signal from the lab (that was controlling the operation) went out of wack. The ray absorbed the dark matter instead and the jumble of remaining electro-magnetic signals in the satelite and those from the lab combined with the versatile nature of the matter caused the ray to fire right back to the electromagnetic signal's point of origin. The now released and deadly radioactive beam of the altered dark matter destroyed the entire lab and facility and directly hit Dr. Slater. Richard woke up in the ruins of his life's work and was confused, remembering that he was hit with the beam and wondered how he could have survived it, or the building's collapse. He would soon find out he had absorbed the energy himself from contact with the beam. Through his sadness emerged rage and he decided to blame the world who never believed in him and sought revenge. He would become the diabolical Dark Matter!

Why not create you own original character? Post your own in the comments

Ever noticed why the sound he makes when he teleports is expressed as *bamf!*? There is a reason for that. Nightcrawler is so rich in symbolism and you know who else is? (In a very contrasting way I might add) Angel. Its pretty obvious and Rogue brought it up in the Ultimate comics a lot. It makes me wonder, why haven't they had a situation where they specifically "the angel and the demon" were teamed up specifically or had to face off in a special teamup issue? Have they and I just don't know? If not then why didn't they? I'm pretty sure not. Anyway they need to resurrect him so they can have a teamup.

So this is a little late for a blog post but I passed out in my local movie theater two weeks ago. I was a little more than 3/4 through the Green Hornet when suddenly my stomach ache that had been bothering me the whole movie disappeared so I thought "good maybe I can finally enjoy this awesome movie" when suddenly I started to feel light headed and tired for some reason. I decided to ignore it. Eventually, however, I had to actually hold my head up, my vision had also gotten dark and blurry, I was pale and clammy (soaked really) and my hearing sounded like it does when you have really good headphones on and everything softer. So I couldn't stand it any more and asked my father to bring me out to the bathroom cuz I felt weird (btw this was exactly when the car boosted through the building at the end of the climax! FAIL). Then on my way to the bathroom I tried to hold my head up (my dad thought I was clutching my my throat and almost gave me the eppipen!!) and I dropped to my knees and passed out. My dad called 911. I woke up literally 5 seconds after I fell and felt fine. Everyone had just come out of the theater to see me on tje floor in the hallway like that with people around me. Of course we had to explain it to the people in the ambulance (you should have seen my dad explaining this to my mom!) and we don't know how it happened. One thing is for certain, however, my mom is never going to let me out of the house again! :P :D ;)