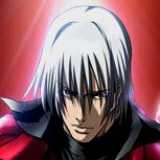 So little is known about her...
She appeared as a speck in the sky.
Superman caught her attention, his bravery yet compassion moved her deeply.
She decided that he would make a fitting husband.

But our Queen was never used to getting "no" for an answer.
Forever a misunderstood being... What had she wanted but to have a suitable father for her children?
And some love?
Refused at every turn, spurned at every move,
Yes, she did join the superheroes to fight against crime, but that hidden desire burned her anew at every single instant.

But she did have one warm moment.
The man she loved, the man she craved, the man she needed,
Superman.
When their eyes met the last time,
The fleeting moment held volumes of unspoken love within the few seconds that passed.

A final insignifcant sacrifice, a final grand gesture,
She stood against Braniac, and paid the price.

Today, she is no more among us, but the stars have her in their midst...

Wherever she is, we remember her everyday.....