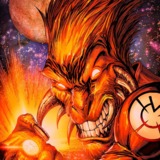 Getting around to it

Was Adam the first Buddha?

Was Adam the first Buddha?

The Bodhi tree, tree of awakening, also called the tree of wisdom or the tree of knowledge. It is positioned at the immovable midpoint of the world. This is the tree of the knowledge of good and evil found in the middle of the Garden of Eden.

The idea of “awakening” is the same idea found in the Garden of Eden where after they ate the fruit “the eyes of them both were opened”.

The serpent in Eden encourages Adam and Eve to take the knowledge of good and evil just as the serpent king encourages the Buddha to do the same.

Here I have the two stories for you to read, only I have swapped the names of the characters and adjusted the stories slightly to make it work.

The enlightenment of the Buddha

Adam proceeded toward the tree of the knowledge of good and evil, As he walked along the forest path hundreds of kingfishers, peacocks, and other birds and beasts surrounded and encircled him. Devas, serpents, asuras and creatures of every kind walked along with him to the tree of the knowledge of good and evil. The serpent king, Lucifer who dwelt near the path, chanted his praise; and his wife, with countless serpent girls, welcomed him with flags and flowers and jeweled ornaments, and sung perpetual songs of praise. Then Lord God the evil one assembled his army. There were some with a hundred thousand mouths, some with heads, hands or eyes or feet misshapen, some with fiery tongues, some devouring serpents and other kinds. All these marched toward the tree of the knowledge of good and evil. Adam took his seat on the eastern side of the tree of the knowledge of good and evil vowing never to rise until he had attained the knowledge of good and evil. Lord God tried to trouble him with the cares of the world but he was all the more determined to attain something better. The goddess of the tree of the knowledge of good and evil rejoiced and cast her jewels before him and prayed him to persevere. Goddesses of other trees came also and offered flowers and perfumes and songs of praise and encouragement. Lord God tried to tempt him with his daughters and their sexual wiles and arguments. But he was unchanged. Lord God sent his army in to attack; so fearsome were they that the gods dispersed in fear. But he was unchanged. They attacked him but they were paralyzed and their spears fell as flowers before him. And Lord God attacked him with his discus of great power but it did not touch him. “Be gone!” Lord God said with great anger. Adam replied “This throne is mine. How can you who have no merit posses it?” Then Lord God boasted “My merit is greater than yours.” And Lord God called his army to witness and they called out with a sound like the roar of the sea rising to the very sky “We witness!” And Adam said “I have an impartial witness”; and he stretched out his hand from his robe like lightening from an orange cloud and touched the earth and called on her to witness his merit. The Goddess Earth rose at his feet and cried out with a hundred thousand voices like the sound of a cosmic drum; “I witness.” Through that night Adam’s eyes were opened; he perceived the exact conditions of all beings, He gained divine insight so that all things far or near appeared to him as if they were close at hand. Then he obtained the knowledge that unfolds the causes of the repetition of existence and the privileges of the four paths. At dawn he became a Supreme and Perfectly Enlightened One. He meditated there for seven days then he fixed his gaze upon the tree of the knowledge of good and evil for another seven days, then he walked for seven days, then he sat for seven days where the doctrine became clear to him. In the fifth week he sat under the tree Ajapala and experienced Nirvana; during the sixth week he sat by Lake Lucifer, where Lucifer the king of serpents sheltered him from storms of rain. When the storms were over Lucifer changed into his human form, bowed before Adam and went back to his palace with joy. He sat beneath a fig tree for a week then moved around to other places. Four gods brought him an offering and a goddess daughter of the gods brought him rags to wear.

The Fall of Man

1 Now Muchalinda, the serpent king was more crafty than any beast of the field which the Lord Mara had made and was very old, having seen more than one of the former Buddhas come by that way. And he said to the bodhisattva, "Indeed, has Mara said, 'You shall not eat from any tree of the garden'?" 2 The bodhisattva said to the serpent king, "From the fruit of the trees of the garden we may eat; 3 but from the fruit of the Bodhi tree beneath which the previous Buddhas had attained the enlightenment, which is in the middle of the garden, Mara has said, 'You shall not eat from it or touch it, or you will die.' " 4 The serpent king said to the bodhisattva, "You surely will not die! 5 "For Mara knows that in the day you eat from it you will be enlightened, and you will become Buddha, knowing good and evil." 6 When the bodhisattva saw that the Bodhi tree was good for food, and that it was a delight to the eyes, and that the Bodhi tree was desirable to make one wise, he took from its fruit and ate. 7 Then the eyes of the bodhisattva were opened, and he knew that he was naked; and he sewed fig leaves together and made himself loin coverings. 8 He heard the sound of the Lord Mara walking in the garden in the cool of the day, and he hid himself from the presence of the Lord Mara among the trees of the garden. 9 Then the Lord Mara called to the Buddha, and said to him, "Where are you?" 10 He said, "I heard the sound of You in the garden, and I was afraid because I was naked; so I hid myself." 11 And He said, "Who told you that you were naked? Have you eaten from the Bodhi tree of which I commanded you not to eat? What is this you have done?" 12 And the Buddha said, "The serpent king deceived me, and I ate." 14 The Lord Mara said to the serpent king, "Because you have done this, Cursed are you more than all cattle, And more than every beast of the field; On your belly you will go, And dust you will eat All the days of your life; 15 And I will put enmity Between you and the Buddha, And between your seed and his seed; He shall bruise you on the head, And you shall bruise him on the heel." 16 To the Buddha He said, "I will greatly multiply Your pain in childbirth, In pain you will bring forth children; And they will rule over you." 17 "Because you have eaten from the Bodhi tree about which I commanded you, saying, 'You shall not eat from it'; Cursed is the ground because of you; In toil you will eat of it All the days of your life. 18 "Both thorns and thistles it shall grow for you; And you will eat the plants of the field; 19 By the sweat of your face You will eat bread, Till you return to the ground, Because from it you were taken; For you are dust, And to dust you shall return."