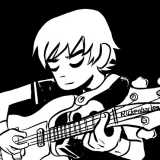 I think superhero comics are losing me

I don't know when exactly it started, but it's slowly happening. Maybe when I started Conan, I don't know. I always used to be really interested in superhero comics, even if I wasn't reading them-I'd keep up to date with the current going-ons with each major title and storyline just to be in the loop. But they've been losing their appeal to me and I don't know why.

The last big Marvel event that I read was World War Hulk. I can't even remember the last time I honestly kept up with a DC comic (might've been Blue Beetle from a few years back). I was into Invincible and read everything up to the Conquest saga until I dropped that, too. I've tried to keep up, but for the life of me I couldn't tell you what's happened in Blackest Night or what the hell is going on in Siege, and the extent of my superhero comic reading is just story-arcs that I heard were good from a ways back(New Ways to Die, and Wolverine: Enemy of The State/Agent of SHIELD were the most recent ones).

I don't want to say that I've "outgrown" superhero comics, but more that I've lost my taste in them. They still fascinate me and I want to get back in Invincible, but the ridiculously large super-events and massive crossovers, retcons, etc., got frustrating and I guess I've had enough? Whereas self-contained stories and books like Conan, Star Wars, and Scott Pilgrim became much more appealing. I'm wondering if this has been happening to other people, moving on past the massive waves of mainstream superhero comics and going towards smaller, or more indie books.

It's not that I have anything against superhero comics now, of course, I still enjoy some, but when people get all hyped about some big event or some upcoming story I'm pretty passive about it. I might get around to reading it later but I probably won't stay current.

So I finished my high school career this week.

Somebody tell me something inspirational.

Quests, and the concerns surrounding them

With the coming of the pretty fun (for OCD people) Quest system, we're gonna get some problems. Here's a typical Sparda blog dedicated to talking and then slamming down on those problems!

-Go ahead, and make one. But would it kill you to make one with some discussion value? Just saying "Hi, I want points!" and then attaching it to the forums is pretty weak. Also, DON'T ATTACH IT TO THE FORUMS IF YOU'RE GONNA DO THAT. You'll still get the points, and you won't bother anybody else! HUZZAH.

-C'mon. Seriously? Do I even need to elaborate for this one? Just don't do it. Making a spam thread for points is just about the lamest thing ever. At least add SOME type of discussion to it, whether it be about comic-books, or videogames, or movies, or anything else that's appropriate for the site.

-Already, some people are concerned about people being jerks about having points. While this is a valid point (hey, everbody's a jerk every now and then, right?), we've all got to remember that people have been elitist jerks for a loooong time. Whether it be about post counts, wiki points, age, or job, we've all had people come onto the forums now and then trying to act superior to everybody else. Yeah, the point system is gonna give them a bit more ammo but it's not really gonna make much more of a difference. Also, if you're one of those aforementioned elitist jerks, cuss the cuss off! Nobody cares about how you're supposedly "better" than us, and you shouldn't either. Get over yourself.

We've also got to remember that, aside from just being a fun way to kill some time, Quests are (hopefully) going to increase discussion on the forums. People are going to be making more threads to talk and get more points, and in addition to that, the wiki is going to get a lot more active with people looking to score points by contributing (hopefully, in a legit way). Plus, Quests will get people roaming the Wiki, and maybe they'll even check out some of the sweet-ass pages that you've worked on.

FUN TIMES FOR ALL!

Invincible Vs. Conquest takes it for me. Probably the most knock-down, drag-out, brutal fight I've ever seen in comics. Intense.

Superhero, but it's close

I really enjoy the superhero genre (Invincible is amazing), and it pretty much rules comics. That being said, I love fantasy for Conan and Solomon Kane, so it's closer than I expected.

Man, this is hard. It comes down to Conan/Conan The Cimmerian/Whatever it'll be called in the future, and Invincible. I honestly can't decide. I want to say Conan because he's consistently awesome, but I just have a guy feeling that Invincible will have a definite end and it will be incredible, and I want to see that.......hmmm......

I'd have a field day

1) Get Jeph Loeb the hell away from Hulk and give it back to Pak, maybe.
2) Fix Moon Knight's series, although that might change if his new stuff is good.
3) Stop all mega-crossovers immediately after Dark Reign and not have another for at least six years.
4) Put larger emphasis on quality Marvel cartoons. Spectacular Spider-Man and Wolvie and the X-Men seem to be pretty good, but buff them up and add more cartoons, like an Avengers series, Hulk, maybe some gritty street leveler cartoon, like HBO's Spawn.
5) Give Marvel game rights to both Capcom and Rocksteady (makers of Batman: Arkham Asylum) and never let Activision touch them again. EA can maybe get in the goods after they show me that they can make up for Nemesis.
6) I'm not up to date on the Spider-Man situation right now, but I'm still baffled by One More Day, so I'd check up on that and decide accordingly depending on how I felt.
7) Instead of having a Super Hero Squad cartoon, I'd have a Mini-Marvels cartoon (this is different than #4).
8)  Simultaneously push out more family friendly comics (like Marvel Adventures, or whatever they're called) as well as MAX titles, but have maybe some famous authors on there (sort of like Stephen King with his Dark Tower comics).

That's all I can think of, for now.

I wasn't going to make one of these threads because I didn't want to seem like a attention grabber, but in the history of ComicVine maybe one day someone will say "hey, everybody has a birthday thread but Sparda", and I didn't want to think of that possibility! O_o

I know that a few people on here have been looking forward to Champions Online. Well, I got into the beta (there might actually still be some keys available), and after the nightmare experience I had with fileplanet, I managed to actually get into the game. I never played City of Heroes, which was made by the same developers and was also a superhero MMO.

Even though my computer is not a gaming computer at all, by any stretch of imagination, I can say that Champions is playable on it. It's a little choppy, and it looks sort of ugly (though the cel-shading is pretty awesome), but it works.

The character creator seems limited at first, as it's sort of clumsy to get around, but once you know how to explore it's nooks and crannies, it opens up....a lot. I could choose my hero's leg and feetwear, his gloves, his arm and shoulder excessories, his type of mask (full face, half-face, eyes only, etc.), his texture type for clothing, his face, hair, eyes, mood, and more. In the end, I ended up making his look a lot like Invincible.....same type of costume, except without the goggles and with some leg and arm armor. I gave him a emblem for his chest and called him "World Warrior" (I was looking around my room for name inspiration and saw Street Fighter 2: The World Warriors by my SNES). He was a nuclear safety inspector giving crazy powers when the plant he worked at exploded.......half of the origin inspired by The Simpsons, haha. You can choose what type of power set you want, or you can mix and match. I made my character have super-strength and energy blasts, and gave him the Hero stat type, which is a "jack-of-all-trades" situation.

After that, it took me a little while to get into the groove with the game. You start out in a tutorial zone in Millenium City, which is being invaded by an alien race called the Qulaar. There are a bunch of side missions that you can do (and I did), and after that you can do the quests that get you out of the tutorial zone. Unlike a lot of other MMOs, there are no turns in combat. You have two moves to start with-your standard attack that takes up no Endurace (MP), that also regains MP when you attack with it, and your secondary, more powerful charge attack, which does take up MP. World Warrior's standard attack was a rapid fire barrage of punches for up-close and personal combat and a long range energy blast that does a ton of damage, and sends enemies flying (sometimes). Combat is fast and easy to work with, even with my choppy gameplay. It gets very hard though, if you get ganged up on-my character could take standard attack drones pretty well up to groups of three, but if they exceeded that and went into the four or five range I would die unless someone pitched in.

Also of note is that the general community's characters all seem pretty neat. There were a few guys trying to be funny running around (one of the names I spotted was "The Homosexual Agenda"), and a few copycats (I saw Iron Man!), but most of them are original characters that don't look hideous. I saw a animal, Battle Beast type character who liked like a were-tiger with gladiator armor on (lot cooler than it sounds), a Deadpool-esque mercenary like fella running around with guns and dual swords, a damn near Gundam mech, and a few others. I thought that you could be a villain if you wanted to, but it looks like I was mistaken. Probably in the full release.

Even though there's a ton of people running around, not a lot of them seem to be really playing with eachother....just going about their own business. Me and a French player named Dita were helping eachother out a bit with our enemies but that was about the extent of teamwork that I saw.

After the final tutorial level (in which you team up with the game's version of Superman/Captain America, the Defender), you can choose to go to the Desert or Canada and stop some ice demons. I couldn't say no to defending my homeland and chose Canada. Currently, I'm residing in the Powerhouse, a location for training and upgrading your heroes-I have a new offensive power, and now my dude can fly, too! Right now, I'm at Level 5.

That's the extent of my experience with the Champions Beta so far. I'll try and post more. Is anyone else on Comicvine in the beta? I know a pretty fair amount of users over at Giantbomb are in, but I haven't seen any talk about the beta here yet. If you are, let's try and meet-up and kick some supernatural ass! ;)

Blogs Created:
11 blogs
Most Commented blog:
So I finished my high school career this week.
Total Comments on blogs:
130 comments