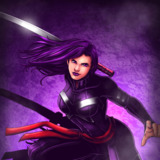 In the immediate aftermath of him losing a third of his power Pre-Crisis Superman was still shrugging off Supernova level explosions:

I'd say he tanks it without much problem. He was at his weakest during this period (circa 1971) for the next eighteen months or so but by the time Mongul shows up nine years later he was back at his old power levels. Of course an increased emphasis on 'realism' in comics toned down a lot of the crazy silver age stuff, but bronze age Superman wasn't a push over by any stretch.

@ffs91: Don't know why you tagged me, as you can see above I finished my post, my opponent never came back. Besides at this point it's three years old...probably best to let sleeping dogs lie.

Always respected Jash and enjoyed every interaction I've had with him. Good luck and Godspeed.

@major_hellstorm: Much obliged. I'd like to do Brothers of Destruction.

@major_hellstorm: Where is the mission board, I don't see it.

@major_hellstorm: Having been pushed back by unknown gunfire, I give up the whole of Fort Joy as a bad idea and instead head north into the capitol. Once there I'll go looking for a mission to preform.

*The orc replies by throwing his chained mace at me.*

As I moved dozens of moves played through my head, ways I might end the fight, the most convenient of which was probably me drilling a hole through the orc's thick head, but while that may have sated my more bloodthirsty instincts, it didn't get me what I wanted (at least not yet), which was information.

No, the situation called for something a bit more...unconventional. The sound the mace made when it impacted where I had been a second ago, brought me back to the fight and had the added bonus of adding some juice to my body's power reserves.

With a thought I let a soothing aura of light radiate from my body, mesmerizing the orc and calming him down. Once I'm sure I have his attention I step forward and repeat my question.

@03s7: her always being intangible has to do with her natural state being intangible, she has to focus in order to remain physically tangible. I'm no Pryde expert but I seen enough of her to say that as for FTL reactions as @dextersinister1 said that sounds utterly preposterous.

@major_hellstorm: I'll ask the orc, what Fort Joy is and why he won't let me in.