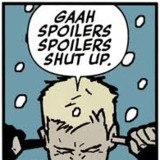 After thinking about it a bit, I decided that I will compile all of my art in one place. If you go to the comment section of this post you'll see I will regularly be posting new drawings there (Mostly Disney-related).

For the few of you who actually like my "Recent Drawings" blog posts, fear not! I will continue to post those but as I was updating my Deviantart page last night I realized that a lot of my sketches and art pieces aren't worth to have a blog post of their own (yes that is how low I think of some of my art).

So I thought of having it all compiled in one blog post to give those lesser sketches (judged by me) a chance.

Contests I Have Participated in:

Like I said before I won't stop posting the "Recent Drawings" Blog Posts but I will start posting a lot of drawings/sketches here, which in my opinion don't deserve their own blog post but I want to share it with you. So below you'll see periodical drawings I make.