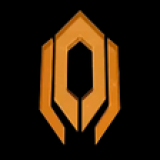 Is Wonder Woman the main "bad guy" in Injustice?

Let's just to a quick recap of Injustice storyline (if you have not read the comics yet, go read them, they are awesome and are only getting better).

Five years before the time the game is set Joker tricks Superman into killing Lois, his unborn son, and triggering a nuke that destroyed Metropolis. He then kills The Clown and start a campaign to impose peace to the world with the help of other super heroes, most notably Wonder Woman. In those five years gap the fighting for peace becomes a totalitarian regime and super heroes (and villains) are divided in two groups, those who support the regime, lead by Superman, and those who fight against it, lead by Batman.

Superman is clearly the face of the regime and its leader. With that in mind, It's safe to say Wonder Woman is his second in command and the closest person to him. And what is interesting is the nature of this relationship.

Wonder Woman has a very different attitude towards the idea of world peace than Superman. It's clear since Injustice 6 that she always wanted it. She have always believed that instead of living a double life, Superman should be dedicated to stoping all conflicts in the world. This is a huge difference between not only her and Superman, but probably between her and most other regime super heroes. There are other subtle indications of this. For example in "The Line" trailer Diana says "Man's world isn't capable of self rule, we will preserve order!" and in "Versus" "Man's aggression cannot be tempered, only quelled. We're here to save mankind". Put it all together and it's clear that Diana isn't doing what she is going because of any tragedies or beacuse someone convince her it's the right thing to do. The point is that her conviction are based on deep beliefs, she won't back down.

What this means is that she is and will push Superman to do exactly what he is doing. We've seen this in Injustice 6 when she said to him to go to the UN, to shave and clean up. Wonder Woman is paving the way that will lead the way to the Regime, and of course influencing Clark along the way. Wonder Woman knows the destination she wants to go with Superman, even if he does not. So even if Kal-El is the face of the Regime, it's entirely possible that Diana is the thinking head behind it all. She was born to rule, she should know how to create a government and how to make it work.

There is also the "romantic" side. In Injustice 9 we saw that Diana is very interested in begining an affair with the Man of Steel. But it's not about love here, she is thinking like an ancient greek/roman princess (if only Wonder Woman was that, oh wait!). She is thinking it like a political maneuver and that makes perfect sense. A dynasty of super powered beings dedicated to world peace. It's an interesting (noble in the eyes of some, perhaps?) goal. Wonder Woman and Superman as a couple reminds me of Theodora and Justinian, and this is kind of how I'm looking to them right now. Note: I guess some people have a problem with this characterization of Wondy, I personally don't. It fits Injustice theme. And why bother with Else Worlds tales if you going to make everything the same?

All this to say the Amazon princess if fully committed to the regime. She won't back down. There is no room for her to change her mind because there is no conflict there, she is doing what she always thought is right. So I can see Superman backing down, I can see Batman convincing Clark to stop what he is doing (after a lot of fights, of course), but not this Diana. With that in mind, I can see her being the ultimate "bad guy". The last boss in the game, so to speak.

Another interesting (more interesting than relevant) thing to notice is how much Wonder Woman x Batman stuff are there for a conflict that should be about Superman x Batman. Sure, there is that too, just see the box art of the game. But Diana x Bruce seens to be first choice for a fight a lot of times:

Meaningful? Probably not, but I thought it was worth mentioning.

Another question that should be asked it 'why'. Why Wonder Woman has this ends justifies the means posture in this game and will go to any lenghts to install order? Well, hopefully the game will give an answer, and a good one, to that. Diana is not a villain and I don't think the goal of this game is to make heroes into villains, so something must make you sympathize with the princess' actions, even if you feel she has gone too far (which seens to be the case). Personally my answer to this is simple. In WW's fighter profile in the Battle Arena, one of her traits is "God-like longevity". The fact itself is not surprising, but that it was there is. It makes me think they are taking this into consideration in building WW character. So how does this answer the question? Well, put yourself in Diana's place for a second. You spent 2000 years watching man's word (consider here that she somehow could see at least glimpses of it from Themyscira, how is not important). What you will see more than anything is war. Death, destruction, endless conflict. How tired would you be of all of this? Would it not be easy to reach her conclusions that mankind cannot rule itself? This would work for me.

Note: There is a huge 'but' in all this. Even though I don't believe in this, I wouldn't be surprised if there is some huge villain manipulating all events in the game. Perhaps even Joker... somehow. It doesn't change much about what I said about Injustice WW here, but it might change the lass boss idea.

Any thoughts about all this?