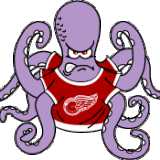 This is something that has been on my mind recently.  We have all read and argued about DC's reboot/relaunch/whatever.  Some are excited and others are disgusted.  It makes me realize that comic companies have lost sight of balancing Mythos and Innovation.  At one time, major revisions of a title or universe were rare.  Marvel didn't do it at all, and DC had done it twice in 30 or 40 years (Crisis on Infinite Earths, Zero Hour).  But it has become far more frequent.  DC has brought us Identity Crisis, Infinite Crisis, 52, One Year Later, Final Crisis, Brightest Day, Flashpoint, and soon the DC Relaunch.  Marvel has jumped into the act with Heroes Reborn, Heroes Return, Avengers Disassembled, Secret War, House of M, Civil War, One More Day, and Heroic Age.

Innovations are fun.  They shake up the routine and present our favorite characters in a new light.  But they don't last.  Fans really dislike these permanent shake-ups.  Retro-Continuity is a bad word among comic fans.  If you think i'm too critical of Innovation, consider this point.  Barry Allen was the Flash for 29 years before his death in Crisis on Infinite Earths.  Wally West was the Flash for over 23 years before Rebirth.  Barry was still considered the iconic Flash more than two decades after his death, leading DC to bring him back.  The long term dissatisfaction with Innovation is why comic deaths are almost always temporary.  Even Crisis was killed by Hypertime.

Mythos is the core elements of the character.  It can include identity, powers, equipment, allies, lovers, supporting cast, and villains.  Gruenwald centered Captain America firmly in his mythos.  Gruenwald contrasted Captain America (the American ideal) with anti-American and corrupted American ideals, such as the Red Skull (tyranny), Flag-Smasher (one world government/anti-nationalism), the Serpent Society (unions), Power-Broker (greed and capitalism).  He highlighted Cap as the one hero that even villains could trust as their champion.  Water Wizard and Flag-Smasher both dealt with Cap on this basis.  We saw Cap as the man out of time, the ideal of the American dream, the global hero, the soldier, and the Avenger during Gruenwald's run.

Mythos is what makes characters compelling.  It can grow and change over time.  Nightcrawler, Wolverine, Storm, and Colossus are arguably more iconic as X-Men than Beast, Angel, and Iceman.  Mockingbird has become tied to Hawkeye.  No one can picture Spider-Man without Mary Jane; even though Pete had half a dozen girlfriends before her, including Gwen Stacy.  More importantly, Mythos must grow and evolve to avoid becoming stale.  But it has to happen over time.  The original X-Men quit when the All New All Different team arrived.  But for several years after we saw frequent guest appearances from originals such as the Beast (who was an Avenger at the time) and Angel.  Marvel Girl was quickly brought back.  It was at least five years before the new team really became established as core X-Men.

What tests the growth of Mythos?  Unfortunately, it is usually a move to return to "core elements" that shows how much growth has occured.  One More Day reversed a great deal of Spider-Man continuity.  Erik Larsen spent several issues when he wrote Nova (1999 series) turning Nova back into the same character he was in the 1970's.  Fans had to watch as Larsen reduced Nova's powers to their original level, wrote out his supporting cast and return the original supporting cast, and ignore new villains so the original Nova enemies could return.  Larsen's run lasted only 7 issues; showing how unpopular this retcon was.

Mythos and Innovation are both important to keep a book interesting.  But the permanent reversals or reboots never seem to last.

You can sum it all up with preferences, some people like what/who they like,some part on what the writer likes, but mostly the fans, I mean it's the fans buying this stuff and directing the course of their future

Another important factor is marketing, for instance a lot of fans (myself included) watched the cartoons growing up and depending on the roster of the team or the characters supporting cast you become more familiar with them, for instance Gambit was often recieved as a replacement for Longshot, until the Animated series came out, wher Gambit cemented a place as a fan favorite. Thus altering the Mythos to spotlight characters in the book so when the fans pick up a comic they can see their favorite character

Innovation is always a bold step as people dislike change, for instance people can still not except Bucky as Cap, or Dick as Bats, They often have to do this to avoid repetition, but sometimes they tragically misfire, but thats when "retcon" is an awesome word LOL.......

Edited By SleepyDrug
Gambit is a great example of a character that has changed in response to marketing.  Gambit was altered from his original character design when he began romancing Rogue, and so many fans liked it.

I agree that innovation is often too bold a step for fans to accept.  This is why I think short term alterations to explore ideas is so valuable a tool.
10 years ago