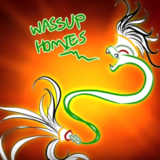 Ok, now for those who don't know (which is everyone), I don't like purchasing books, and much rather go to my local Library instead, and when it comes to Manga, I simply go to one of the hundreds of free manga sites. However, when I heard that RWBY was starting a series of Manga anthologies that must be purchased to read, I was skeptical, not really wanting to spend $9 on something I would only be reading for 10-30 minutes.

In the end, I purchased it, hoping that I wouldn't regret it, and... I didn't. the Anthology was overall very enjoyable and made me laugh a few times. It even convinced me to purchase the second book, (which I'll review later)

So I decided to make my own review to the rwby anthology series. starting with the first volume:

Ok, to start things off, the manga anthology has little to no weight in terms of affecting the overall story. Taking place before volume 3, "Red Like Roses" is mainly focused on adding further depth and personality to the main protagonist of the series, Ruby, through an abundance of short stories. This is most likely due to a pressing concern of Ruby's character being too underdeveloped that fans have been rather vocal about. Thankfully, the manga seems to fix this issue by providing further insight to Ruby's motives along with giving her more personality.

the Manga itself is rather minimal in terms of action, with only two or three actual action scenes that barely qualify as such. That being said, the manga is more focused on emotion and comedy, to which a lot of their jokes actually seem to land. as a matter of fact, this is one of the only Manga that actually made me laugh out loud. The emotional factor is also rather present, as we get to see Ruby in a far more passionate state than she is in the show. Showing her motives aren't solely based off of her fantasy dream of a happy ending, but through the loss of her mother, to which I Adore them for adding.

However, the one area where the manga seems to fail in is the other characters. They didn't really stand apart from their trademark personality, and Weiss seemed to be repeating herself again and again and again. Yang is just smiling and cheering, while Blake is just... there. the only time they acted outside of their standard personality is when they all share a deadpan stare at Ruby's logic. I understand why they did this, and accept the fact that Ruby is intended to be the main focus, but I can't help but want more from them all.

Overall, the manga is worth reading and if you are ok spending money on one, then this series is one worth looking into.

that's all for now. I will write a review for "Mirror Mirror" after the Thanksgiving Break. However, the reviews for "From Shadows" and "I Burn" will be held back at least a week after their release. thanks for reading, and have a good day.