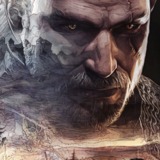 Those are the only ones that I've been blown away by.

It's good, but seasons 4,5,6 are weak compared to the rest

This is a small price. I mean the piloting a mech and naming it Exia is better than the sexual part.

I'd say MoS is underrated. Not sure I would say masterpiece tho.

No, but if it was Minato Namakaze I would.

Probably because the "darkness" complaint has never been a legit reason to dislike those movies, but them being pretty bad is certainly a legit argument.

Did anyone actually get emotional when Luke died? It kinda just happened.

How it treats old Characters-
Despite his failures, at the end of RotJ Luke had managed to destroy the Empire and redeem his father from the dark side. Whether or not he was the Legend people claim he accomplished a great deal. In the sequel trilogy he is the reason Kylo Ren chose to kill billions of people and instead of trying to rectify this mistake by killing him he runs away and goes into exile. His decision to attempt to kill Kylo before he even becomes a bad guy starts everything from square one and leaves the galaxy in a much worse place than anybody was in the OT. And after making his terrible decision he doesn't even pursue Kylo or follow through with it. He just allows the First Order to come into power. Then by the end of the movie his "redemption" is letting maybe 20 people escape a planet, which in no way makes up for all the people who have died because of his choices. And like a coward he doesn't even go there in person. He doesn't take his X-Wing there to confront Kylo, instead he does a skype prank, dies because plot, and leaves his mess for the next generation to deal with. By the end Luke isn't the good guy anymore. He isn't even a flawed character who redeems himself. He is really just an unforgivable coward. Everything in this movie that happens to Luke is simply to boost the new characters while degrading the old ones.
I feel your listing of feats is disingenuous. It's more like a listing of his failures without any acknowledgements of his triumphs. You don't mention that, despite being tempted by the Dark Side, he doesn't kill Vader after besting him in combat. Hell even him being electrocuted by the Emperor isn't some failure, his goal of going there is to turn his father to the light side, which he manages. You don't mention that he was the only person capable of making the shot that destroyed the Death Star in the original film, instead you basically say "oh he needed help" as if that counts against him? He is not some overwhelming f**k up the TLJ portrays him as. Not to mention many of his screw ups could be forgiven for his youth, in this movie he's likely pushing 60 and his moronic decisions aren't forgivable.

Plot Holes-
How did Finn survive dragging Rose?
Why did Finn and Rose make no attempt to save the stable boys, but instead saved only the animals?
How does the stable boy have the force? Or just generally what the hell is the force anymore if it's not connected by bloodline?
Who the hell is Benicio Del Toro and how is he able to hack into the Star Destroyers when the Codebreaker is apparently the only one able to. Also, why is he in prison if he has the ability to break out at any time with his card?
In the film we are shown that Kylo Ren's hand is wet from his skype call with Rey. This shows that in these force Skype calls physical contact can be made. When Kylo finally swings and his lightsaber goes through Luke in the finale, it doesn't kill him, it just phases through.
How is Luke able to do the force Skype call?
Snoke claims he made the Skype calls. At the end Kylo and Rey can still do this when he is dead. Could be explained in the next movie tho.
While I don't mind Rey's parents not being significant, it makes it hard to make sense of her having these powers.
Rey trains for maybe a day and is a WAY more efficient swordsman by the end and seems to be better at using her powers.
Leia gets sucked into space and when coming back into the ship, the door is literally just opened and she comes back in. Nobody else gets sucked out or anything.
Luke just dies... because plot?
How the hell has the First Order already recovered from the StarKiller base destruction? How is the Republic so low on resources?
Yoda has lightning powers....

Pointless Subplots-
The mutiny just causes unnecessary conflict that makes the Rebels look like completely unorganized fools. It is a twist just to be a twist. There wasn't a good reason for Holdo to withhold that info from everyone and go out of her way to appear like a saboteur or villain to everyone. I doubt many of the Rebels are looking to leak evacuation plans to the First Order when it will get them killed.
I don't understand how the Finn subplot isn't entirely pointless when it could pretty much be cut out and there would be no difference in the film.

All the Males are Incompetent-
Hux is unbelievable as a General.
Kylo throws temper tantrums and is no leader.
Luke is a coward who accomplishes nothing other than stalling the First Order for about 5 minutes.
Po causes almost all of the Republic forces to be wiped out and then is completely unremorseful.

Snoke being offed without much Explanation of his Existence-
Two wrongs do not make a right. Problems in the OT do not somehow justify problems in this movie. Also, not knowing much about the Emperor doesn't conflict with anything in the OT. Not knowing where Snoke comes from is a plot hole. Where was he during the OT if he is supposedly so powerful? How did he emerge and how did he get these powers? He is clearly older than most of the main characters and just appears out of nowhere and is powerful. How does Luke know about him even before the existence of the First Order?

Clear Agendas-
Promoting Marxism. Rose blames the rich for everybody's problems on the Casino Planet. Finn relishes in the damage he causes to the rich in the Casino.
Promoting Veganism. Chewie being the obvious example.

Rose
Mainly her dialogue would be the complaint. Especially her line at the end.

Holdo's Plan
I was more referring to keeping the plans secret. Besides that her actual plan wasn't a bad one.

Flying Leia
She is obviously a force user, I don't have any issues with that, it is just absurd that she survived the bombs and then the vacuum of space. Not to mention it just looked bad.

@thetruebarryallen: Or maybe because the movie has legitimate issues rather than this bs reason you made up in your mind to justify your position.

How it treats old characters

All the males are incompetent

Snoke being offed without much explanation for his existence

Much like FA it copy and pastes aspects of the OT