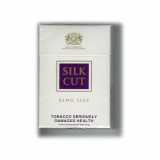 Vertigo being mishandled and how it affects comics.

Vertigo maybe the most important asset DC Comics have after the Trinity.  An Imprint that started off in the pages of Alan Moore's Swamp Thing before it even knew its own name.  Past creators for Vertigo have commented as Vertigo being "The House that Alan Built", I remember Brian K. Vaughan commenting that in the "On The Ledge" section during his run on Swamp Thing (Vol.3). The main reason it makes sense to referring to Vertigo as “The House that Alan Built” is because Alan Moore was the leader of a new movement.   Brian Bolland maybe the first of the British Invasion, but it was Alan Moore that proved British writers were special.   Alan Moore would inspire many of the writers we love today. Vertigo is also the house were Grant Morrison (a fan of Alan Moore) has done his most experimental work.  It is a home where many writers have done their most inspired work.


The absolute history of Vertigo is marked by the actions of Karen Berger.  An unknown editor who helped start the British Invasion and who would spearhead Vertigo as an imprint in 1992/3. Under her direction Vertigo started off as a place where lesser known characters of the DCU could grow and evolve and have story driven series instead of series that get bogged up by cross-overs and other main company-wide tie-in events.   This movement was to give writers a place to tell their story uninterrupted. Many of the series to go over to the Vertigo banner were the series that tiptoed around the company-wide events, such as how Swamp Thing tiptoed around Crisis on Infinite Earth and how Neil Gaiman’s Sandman tiptoed around Zero Hour with Worlds' End.   Comics were going into a renaissance. An imprint focused on telling adult stories for adults. The powers that be at the time Jenette Kahn and Paul Levitz supported the direction of Vertigo and its purpose to be “The House that Alan Built”.

Vertigo’s growth was always story driven.   Many of the launch titles are long dead, Swamp Thing for example became three Volumes under Vertigo and a forth Volume, which was suppose to be Swamp Thing Volume 5 was aborted.   Swamp Thing Volume 5 was suppose to be written by British writer China Miéville, even with scripts complete the project was aborted because Vertigo Swamp Thing did not fit the plans of the new co-publishers Dan Didio and Jim Lee.   Other ways Vertigo was going story driven was in the way the contacts were established in Vertigo, many of the contracts for the creator owned works were in favour of the creator.   Because of the older contracts Vertigo no longer holds rights to a lot of older Vertigo books, such books as The Crusades written by Steven T. Seagle is now being collected by IDW and none of the Jamie Delano stories with the exception of Hellblazer are reprinted under Vertigo, while books like Outlaw Nation found home at Image and a lot of other books from him found home elsewhere.

Creator owned books would become the bread and butter to modern Vertigo.   The most famous of all of them maybe Preacher, a book edited by Axel Alonso.   Preacher’s story could have easily become a spin-off from Garth Ennis’ Hellblazer because of the birth of an Angel/Demon hybrid first occurred in Ennis’ Hellblazer with the birth of Elle’s baby.   With Preacher, the story became creator owned and the angels and demons looked different from those in Hellblazer, removing the canon between them, even if in issue number seven of Preacher there is a John Constantine looking character walking in the background somewhere. With the success of Preacher Alonso would later be head-hunted by Marvel, where Alonso would uphold the Vertigo touch with such books as the X-Statix written by Peter Milligan, who as well is a Vertigo alumni.

Contract issues would later be an issue.   Some creator owned work Vertigo has managed to keep over the years, like Preacher, but many of them Vertigo has lost.   Vertigo believed they fixed this problem, buy still keeping part of the rights to current Vertigo books, such rights are movies for example.   This current contract has turned away some of DC’s talent, Greg Rucka for example hates the current Vertigo contract and would rather release creator owned work at a place like Oni Press.   Because of the contract situation, unless you are Grant Morrison, there only reason to work for Vertigo is to break in.   That is what Vertigo has become a training ground to head hunt talent.   Jeff Lemire would earn his exclusive contract to DC, while great veteran writers like Joshua Dysart and David Lapham can’t seem to attract enough new readers and some of their most “inspired” work suffers for it.

Jenette Kahn would leave DC comics in 2002, and Paul Levitz would take over as president until he stepped down in 2009. DC comics have been going through a lot of changes since the twenty-six year reign of Kahn wrapped up.   Levitz tried to uphold the way him and Kahn ran things, some may say he was forced out, some may say it was his time, we will never know.   In 2009 Warner brothers would announce DC comics would be a subsidiary of DC Entertainment Inc.   This movement to focus on “Entertainment” is where Vertigo and other Imprints were told that DC is going into a restructuring phase.   This restructuring phase would promote a still fairly unknown Diane Nelson as President of DC Comics and would promote Dan Didio and Jim Lee to co-publishers.

Within a year of this new regime, DC comics have shut down all imprints outside Vertigo, Mad Magazine and DC Kids. Vuda, Wildstorm and Minx have now joined Paradox Press, Piranha Press and Helix as imprints the mainstream comic fan will forget existed.  Business does have its costs and those were just a few examples of the causalities.   Within the year, there have also been some non-financial causality, Vertigo being the imprint to get it the hardest, lost many titles this year.   Some can be blamed on sales such as Greek Street and Air, but then there are some titles that were causalities because of DC’s current direction, titles like award winning Unknown Soldier and acclaimed Madame Xanadu (which still interacted with the DCU), both the sales of those series were fine, Madame Xanadu was outselling any of Brian Wood's books ( DMZ and Northlander) monthly for example, while Unknown Soldier was doing very well in the Trade Paperback format, a format Vertigo’s sales depend on and at times rely on.   What is common with Unknown Soldier, Madame Xanadu and Swamp Thing is that they all were DCU characters at one period at a time.   With the success of the cross-over Blackest Night where Tie-ins like Booster Gold would lead to increased sales, the current regime at DC created a mandate to bring back all the DCU Vertigo characters, so they can be reintroduced and given exposure in the DCU again.   Now The Endless of example can be featured more commonly in DC comics.   This mandate was not needed, Madame Xanadu’s separate stories could still be told under Vertigo, but the powers that be would rather cancel her title thinking that we will believe sales are the reason.   Titles like Hellblazer and House of Mystery still seem to be safe at the moment, but removing them now  would be very suspicious indeed. To limit Vertigo from one period of time having 13 ongoing titles this year to 8 would be foolish. From the 8 series that would be around two of them being under a year old ( American Vampire and I, Zombie) and Scalped being irregular, so only 5 being more than two years old published once a month.

Vertigo has lost its focus. DC has lost its focus on what to do with Vertigo.   Do they depend on acclaimed stories and stick with them until they reach their natural end?   If so, why did Unknown Soldier and Human Target get canceled? Is creator owned the focus? If so, they need to rethink their contracts. Veterans are being turned away, while new talents are gambling on success. Is Vertigo about the story or is it a training grounds now? If it is a training grounds, why are they canceling acclaimed stories and giving writers a chance to establish a name for themselves? Can writers still tell their most “Inspired” work at Vertigo without fear of cancellation? No....

Vertigo was once the home of storytelling, with titles dying out young, the imprint has lost its identity. Vertigo has had many great editors, such as Karen Berger herself and Marvel’s all-star Axel Alonso.   Recently, Editors Joan Hilty, Pornsak Pichetshote and Jonathan Vankin have all been laid off because of the restructuring at DC Comics.   Joan Hilty is more known for her main DCU contributions like Manhunter, instead of her Vertigo contributions like Bigg Time from Ty Templeton. Jonathan Vankin was more known as an editor over a writer, but he was very involved in Vertigo.   Many of his moves at Vertigo may seem like failures financially, like Un-Men and Deadman.   Jonathan Vankin was also the most daring of all the Vertigo Editors with him moves like bring aboard Harvey Pekar, even if after his movie American Splendor has not improved his sales in comics.   The most shocking of the lay-offs would be Pornsak Pichetshote, who is a rising star in comics. Pornsak was an editor on acclaimed work such as Unwritten and Sweet Tooth, he also was involved on The Losers, Human Target, SeaGuy and We3. It is rumored Pornsak is being head hunted by Marvel comics, which he would join Axel Alonso.

Instead of keeping Vertigo healthy, DC Entertainment is focusing on “Entertainment” of comics over the “Art” form which is comics.   Vertigo is still promised to stick around for 2011 with release of We3 deluxe and a few more Vertigo Crime books announced.   Vertigo is being affected by the DC restricting more than anything else. It was once a proud imprint and now it is reduces to a place of uncertainty.   Vertigo is being mishandled and a fan can only pray that DC does not screw it up beyond repair.