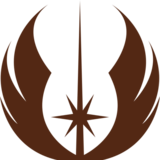 Top 5 Villains I want to see in Batman: The Telltale Series

So, Season 2 of Batman: The Telltale Series has been announced, and even better, it's coming sooner than I had thought it would! Now, I am an unapologetic fan of the first season. I actually think it's right up there with the Arkhamverse and Nolanverse as one of the best non-comic Batman depictions ever. That in mind, what villains would I most want to see show up, either in Season 2 or in any possible subsequent seasons? Well, here are my choices. Please note that these choices were made through a combination of who I'd really want to see, and also who I think has a legitimately good chance of appearing (as opposed to say, Deathstroke, who I regard as being unlikely to appear):

One of the many things that Telltale's take on Batman's world did right was in giving us tragic villains; not only was Two-Face the same tragic villain he usually is, but Penguin and Lady Arkham are also not without their own tragic backstories that make their descents into evil more understandable. Well, few Batman villains are as tragic as Mr. Freeze, so he'd be a natural fit for a Batman setting that seems to favor sympathetic and nuanced villains. Not only that, but his ice-gun and his power-set could lead to some cool quick-time events. And given all of the hyper-advanced tech in Season 1, it doesn't strike me as unbelievable to think that they could do Mr. Freeze's cryogenic weaponry easily enough. The trick would be to keep his tragic nature intact without necessarily just rehashing his DCAU origin again without any big differences (remember that though his origins are similar to his comic counterpart's, Telltale Two-Face still had a few things about him unique to that version). Arkham Origin's DLC gave Freeze an origin near-identical to the DCAU and comic versions, but there were still a few subtle differences to make it stand out. Hopefully, if Telltale does Mr. Freeze they can follow that example and do a Freeze who is on the whole the same tragic villain he always is, but with just enough that's different to make him stand out.

While they could easily bring Deadshot in in his usual "someone's paying me to kill you/someone important" capacity, I feel like Telltale has an opportunity to do more with Deadshot; as much as I've enjoyed the majority of his cartoon and video game depictions (the DCAU and Arkhamverse versions especially), the character actually has a very tragic backstory in the comics that to my knowledge no adaptation has ever really touched on (not even other sympathetic portrayals of the character such as the Arkhamverse, Arrowverse, and DCEU versions). It would be nice to see a version of Deadshot that makes reference to how the accidental death of his brother and his abusive upbringing both drove him to the life of a nihilistic assassin. Telltale made Penguin into much more of a tragic villain then he usually is, and they did right by the tragedy of Two-Face. If anyone can do an adaptation of Deadshot that doesn't forget the tragedy of this hitman, I think it's Telltale.

And yes, I'd love to see some quick-time events featuring Batman dodging Deadshot's gunfire before getting in close for some gun-fu/martial arts combat.

No surprises here. As one of Batman's most popular and challenging enemies, Bane is a natural choice for a villain in pretty much any Batman work, and I'd love to see Telltale try their hand. Once again, Bane already being a tragic villain would play to the Telltale Series' clear preference for sympathetic supervillains, and given that they did a beautiful job choreographing the fights between Batman and Lady Arkham, I'd really love to see them give us a similar visual display in a brutal Batman Vs. Bane throw down.

And yes, I wouldn't mind seeing Telltale do a loose adaptation of the Batman: Knightfall story either, where the player maybe has the opportunity to avoid the infamous back-breaking moment if they play their cards right.

For all this talk of action and quick-time events, Telltale games are usually much more story and choice-driven than being obsessed with action and set-pieces. So a more cerebral foe that challenges Batman's mind rather than his muscle might be a better choice, or at least as good of one. Well, as we saw in Arkham Asylum in 2009, video games have a lot of potential to go off-kilter with Scarecrow and use his Fear Gas for some truly nightmare-inducing sequences. I'd love to see Telltale try that, and see how they can both evoke those scenes from the 2009 classic, but also do them differently. Now, because the Arkham games did Scarecrow so well, it would be a task to make their version measure up, but I feel like Telltale is up to the challenge. And really, Scarecrow is one of my all-time favorite Batman villains, so I'd love to see him get his due.

Number 1: The Court of Owls

One of the things about Batman: The Telltale Series' story is that it gave us a sort of "Gotham Conspiracy"; the idea that the Waynes were in fact corrupt, and that Lady Arkham is the legacy of the wronged Arkham family and is out for blood regarding the sins of the past perpetrated by the Waynes, the Mayor, and Falcone. The thing is, the Court of Owls are the ultimate Gotham conspiracy, and so a perfect fit for a series that has already shown they can do well with that kind of story. And really, Thomas Wayne, Hill, and Falcone as their own little trio running Gotham City as their own private kingdom has shades of the Court of Owls and what they've always done in the comics, so it wouldn't be too hard to suggest that those three were themselves part of an even bigger conspiracy.

The Court of Owls would be perfect as arc villains; they've got the resources, they've got the secrecy, they've got the Talons for quick-time fight events, they've got everything the writers would need to have compelling villains for a whole season of Batman: The Telltale Series. And besides that, given that so far the only adaptations of the Court have been their sub-par depictions in both Gotham and Batman Vs. Robin, they could really do to have a non-comic version that does them right. And if anyone can do it, I think it's Telltale Games.

And those are my choices. I hope you agree with them and my given reasons for them.